While knocking around on the Skinnie Winnie blog,  I mentioned that we would be in Alpine, Texas for this year’s Texas Cowboy Poetry Gathering. A fellow Skinnie Winnie owner, in Houston for a rodeo, strongly suggested that I look up Jim Spradley of Spradley Hats in Alpine, Texas and get him to build me a custom fit cowboy hat. As someone that does not wear a hat well I opted to look up Jim for a photo op of  his art and craft: the building of Stetson-style cowboy hats.

The cowboy hat has had a relatively short history, yet has become an instantly recognizable iconic piece of functional headgear.

Well before sunrise on a windy morning in the midst of the calving season in the ranch lands of the Chihuahuan desert of west Texas,  I met Jim at his workshop-office just outside of Alpine. A welcoming and engaging individual, it did not take long to strike up a budding friendship. He did his work and I did my photography; asking questions when need be. The building of a hat   is an involved mutli-step process.  Jim’s work area  was divided in half with a nicely appointed office and fitting area in between what seemed to be the cutting, pressing, blocking and ironing room and a finish/detail room. Jim had some 36 or so dark (brown or black) beaver felt cowboy hats going. He works in color lots: darks and lights. Each hat is built from a single piece of beaver felt. Today the hat brims were measured (twice) and cut according to customer specs found on meticulously kept order forms and records. The brim edges were sanded and the brims’ upper and undersides were sanded as well.

As would be expected of the tradesman/craftsman Jim’s tools are a mix of handcrafted wooden tools, art forms in and of themselves. Singer sewing machines, relics according to the independent manuals, of various styles, purpose and vintage, some on the original frame and legs, others on modern updated steel work bench supports were found throughout. Heating, blocking, stretching and ironing tools large and small abounded. The images represent only a couple of steps in the ‘hat building’ process. It was obvious from the variety of tools and work stations in the separate work areas that this is a process that involves lots of separate and distinct skills that when merged produce a timeless western hat. 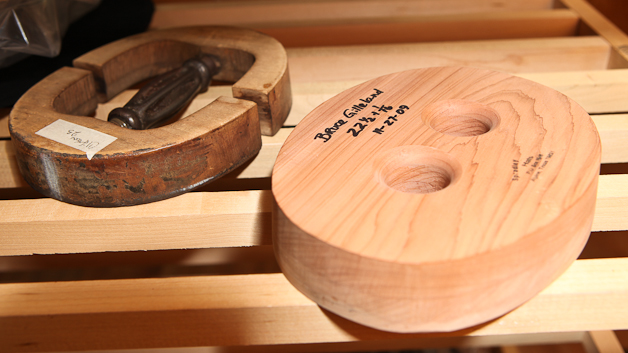 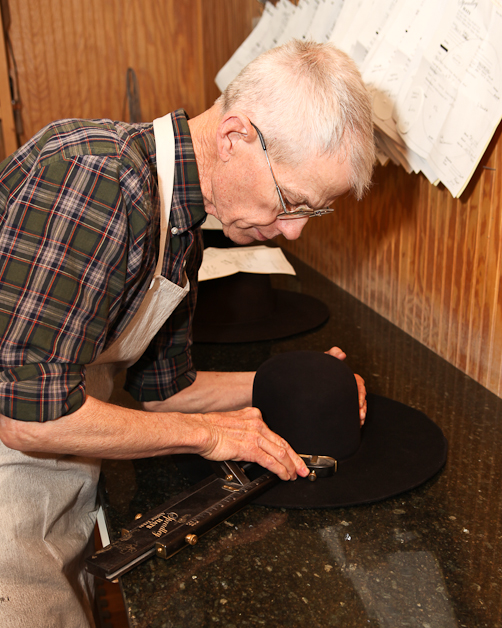 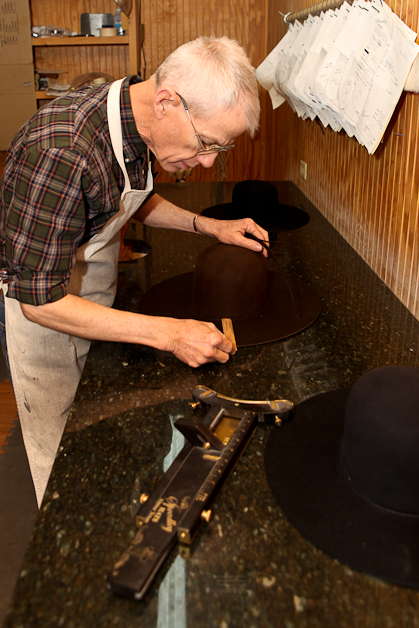 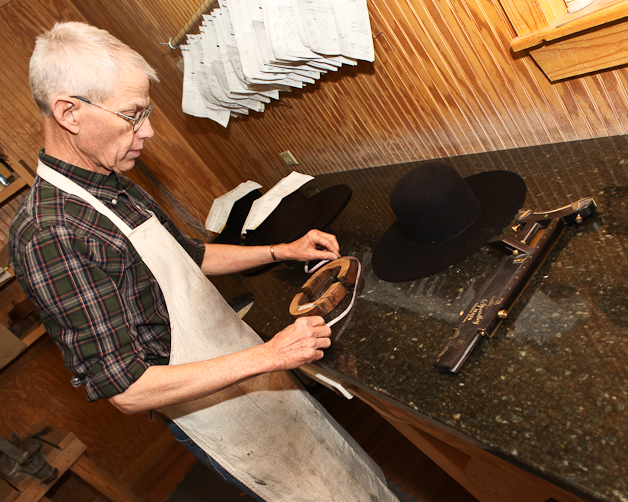 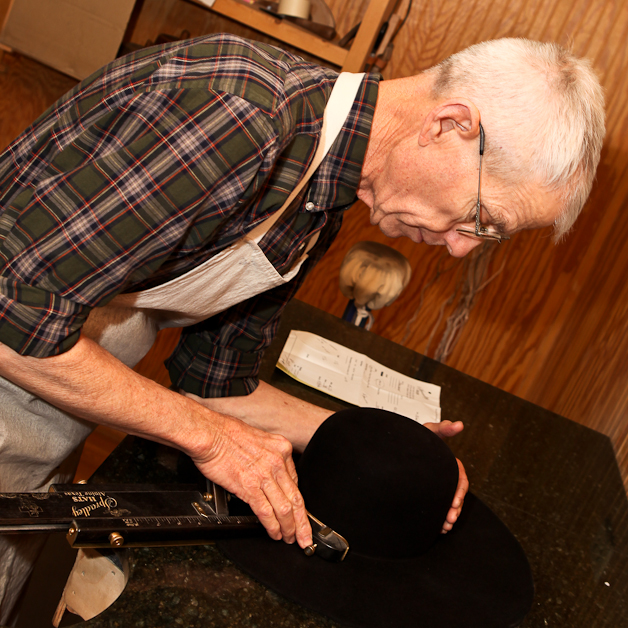 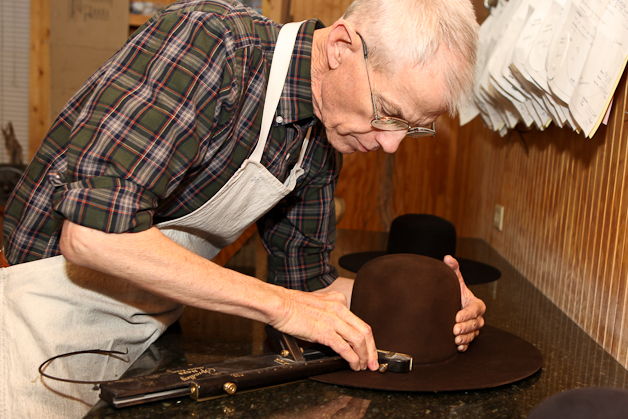 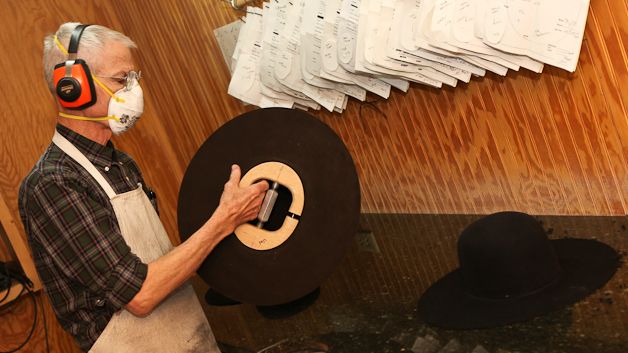 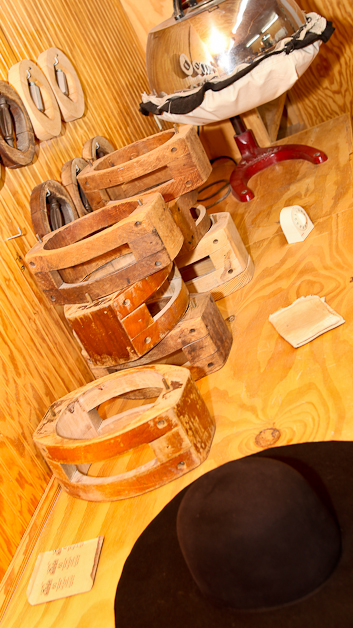 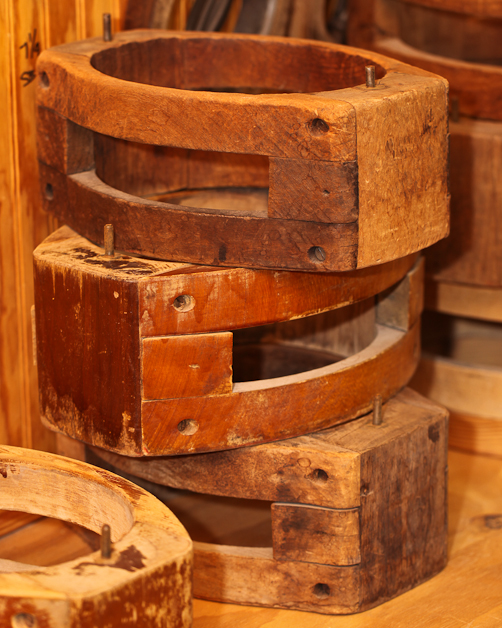 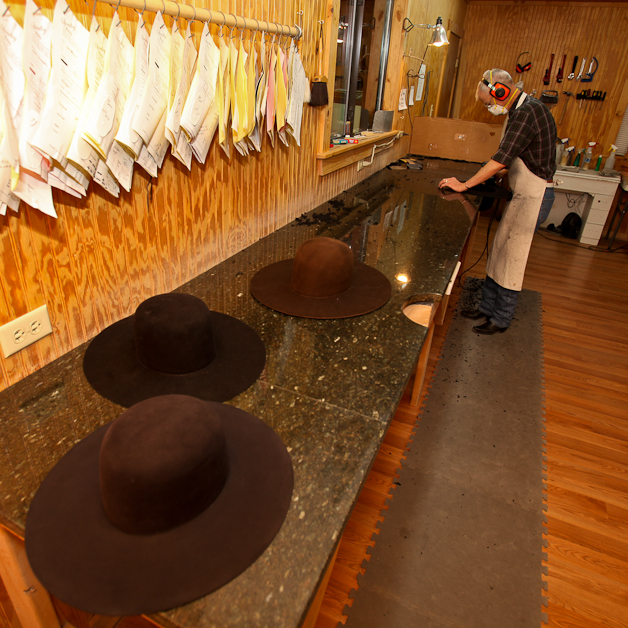 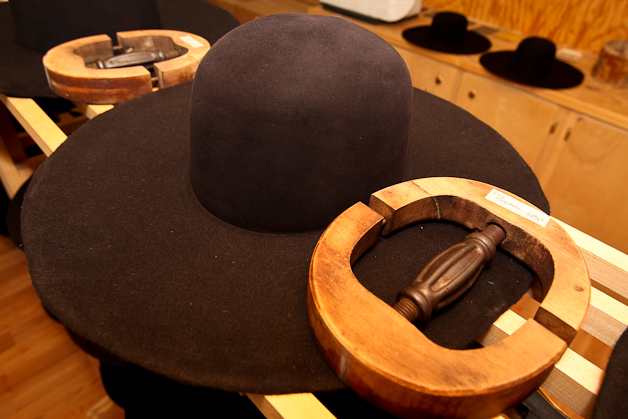 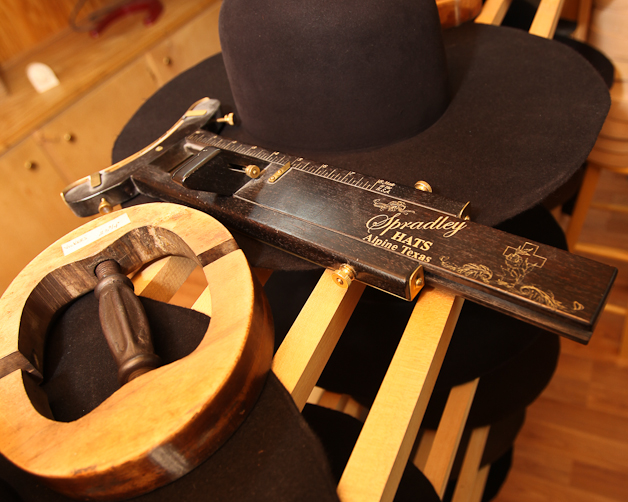 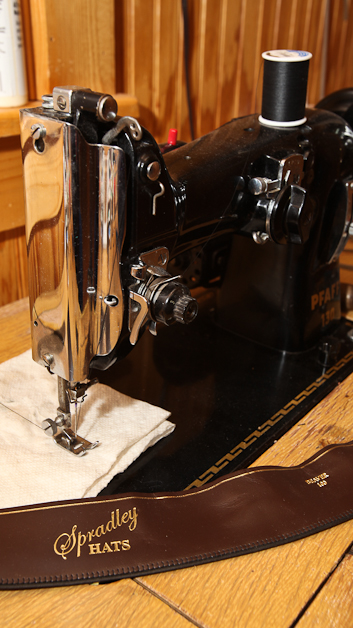 Breakfast at Magoo’s allowed for the sharing of philosophies on faith, family, young people, work and when not to work.

We will return to Alpine and look Jim Spradley up come next year’s travels.