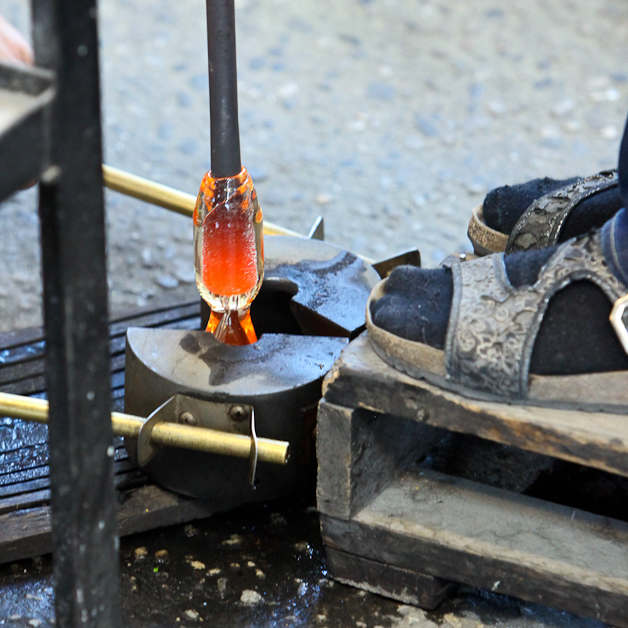 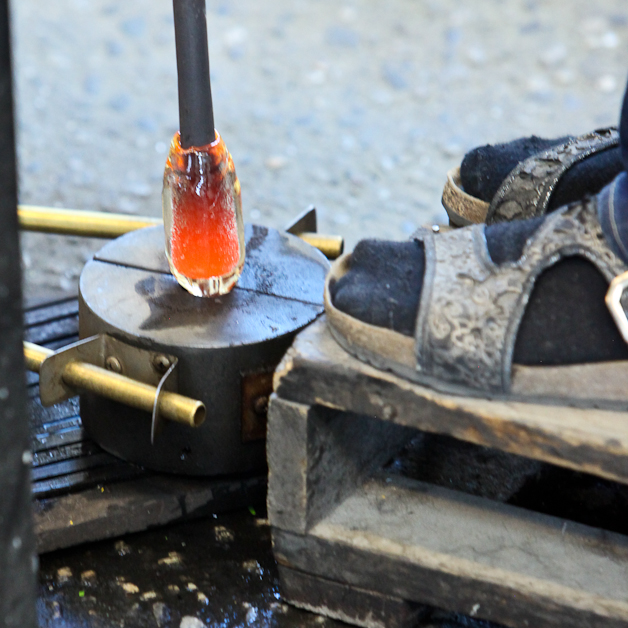 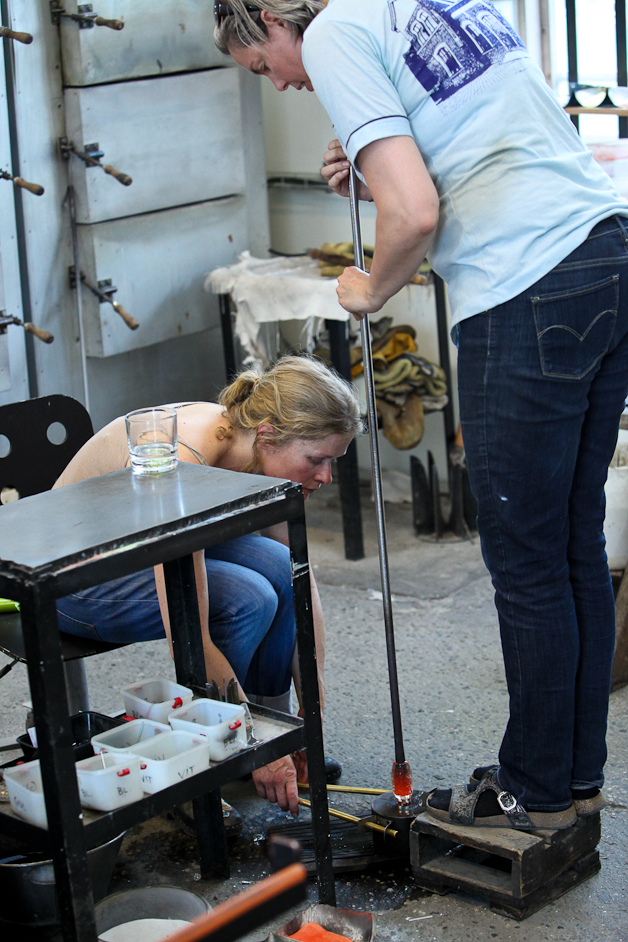 Storsjohyttan was founded in the Fall of 1995; the first studio glass-works in Jamtland, Sweden. It was conceived, owned and run by three bold and intense women. Women who were bold enough to put their passion for their art and craft to practical use in a part of Sweden without any glass-making tradition. 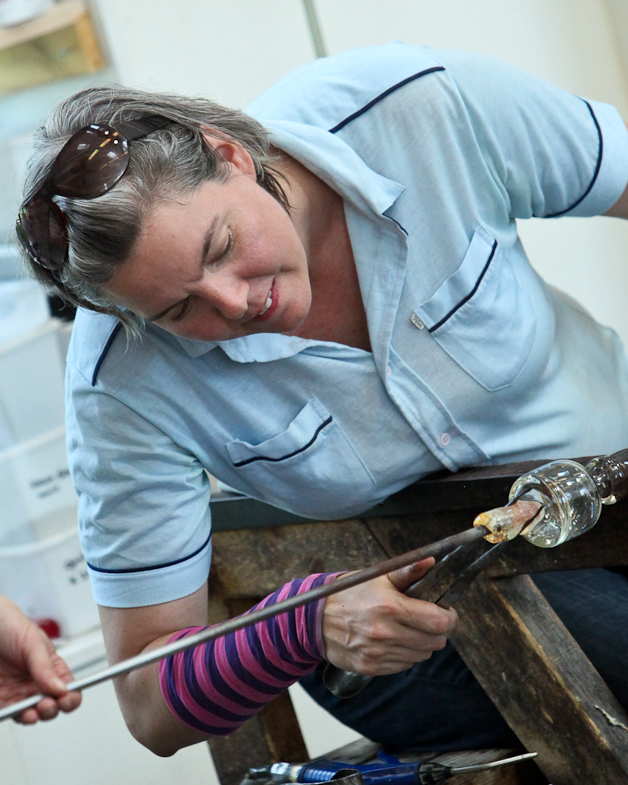 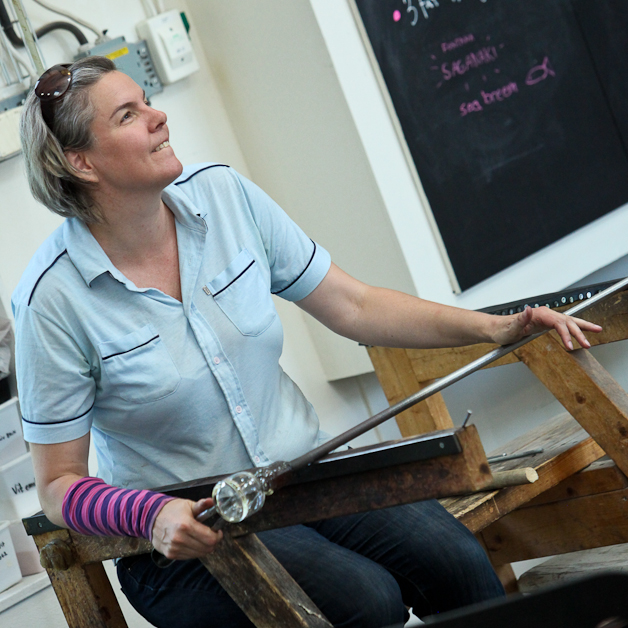 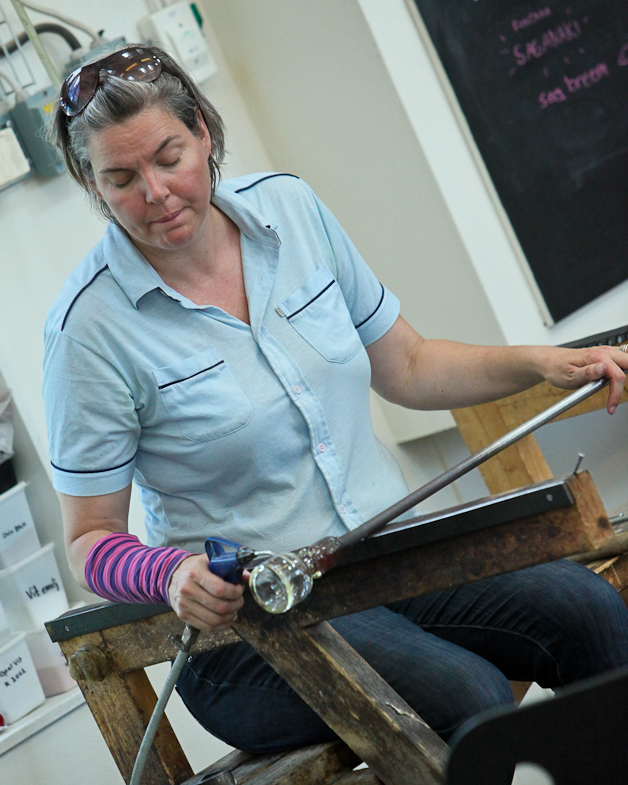 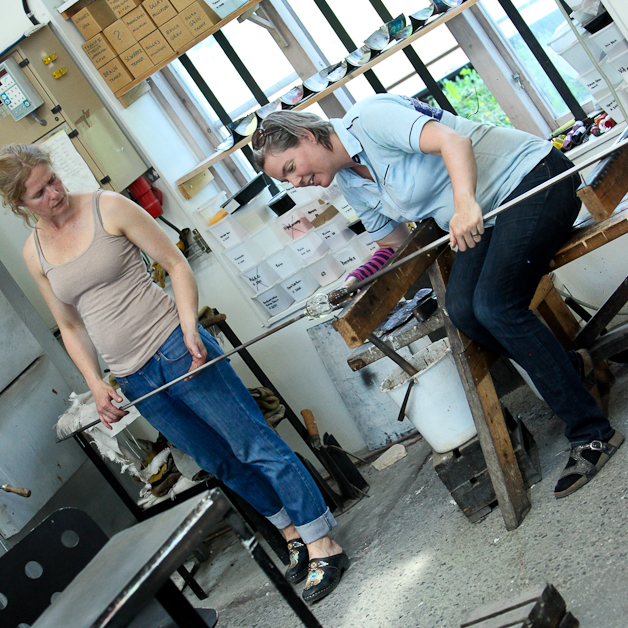 Nilla Eneroth, Ulla Gustafsson, and Anna Lena Kauppi met at the Orrefors School of glass-making . Together they conceived the idea of a glass-works of their own. In the electricity authority’s former premises besides the marina in Ostersund, they built a fully equipped modern glass-works from scratch. 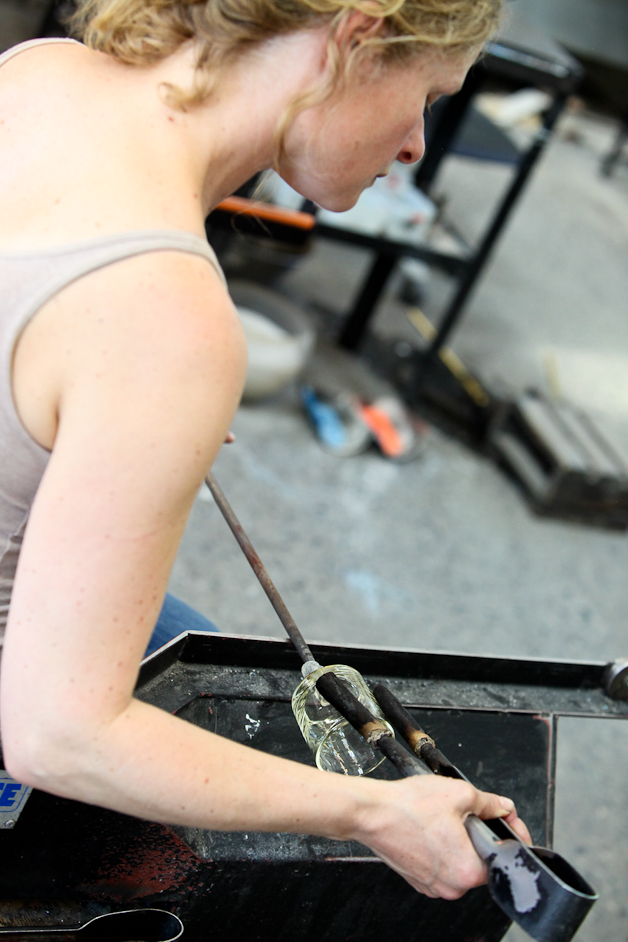 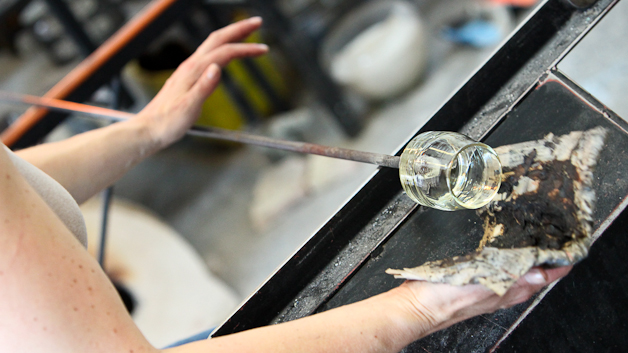 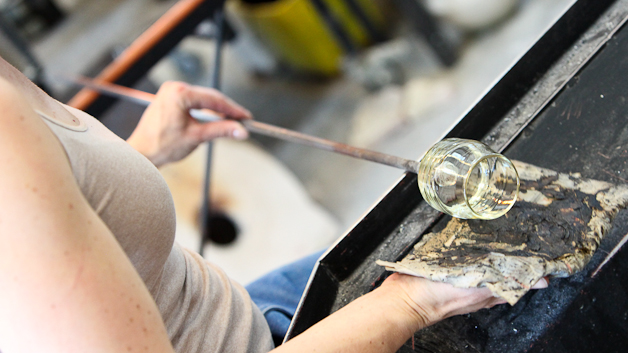 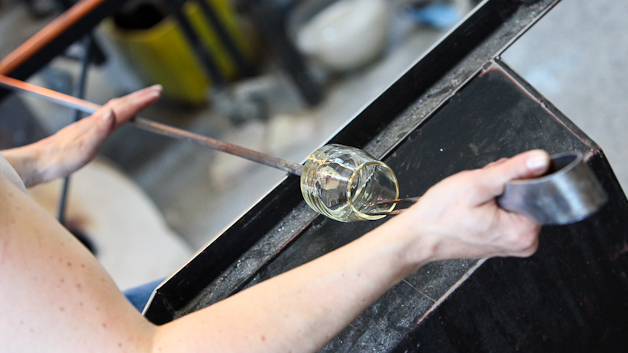 This particular day Ulla and Anna Lena were the women at work. The project/product was a series run of whiskey glasses. The piece entailed a number of two person steps, both women could and would do all the various production stages. Merchandising and marketing of the product vies for their time with design and creation getting their attention as well. 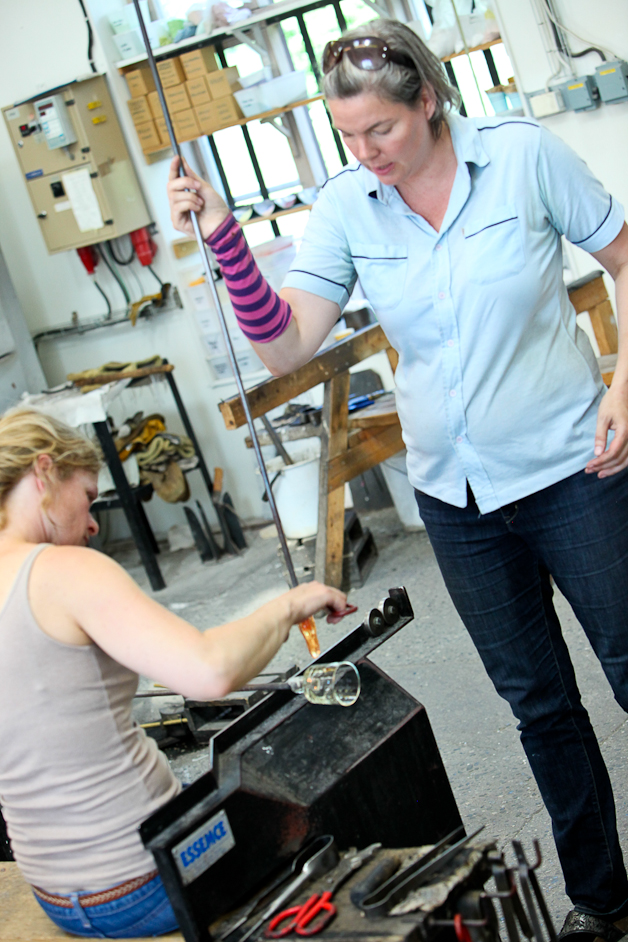 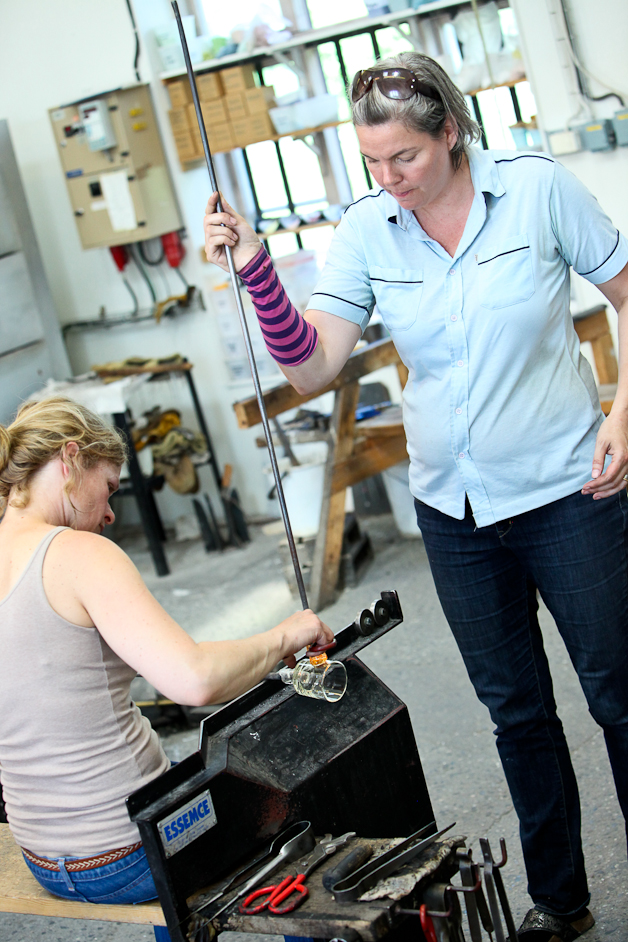 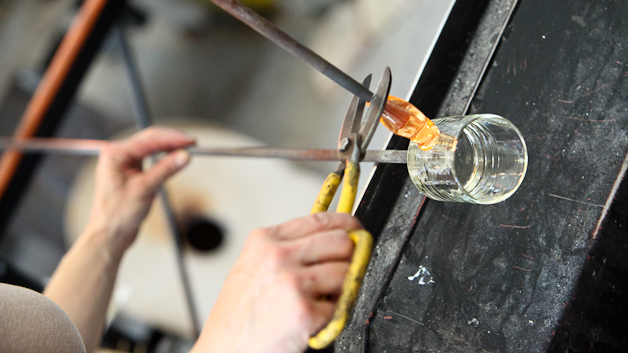 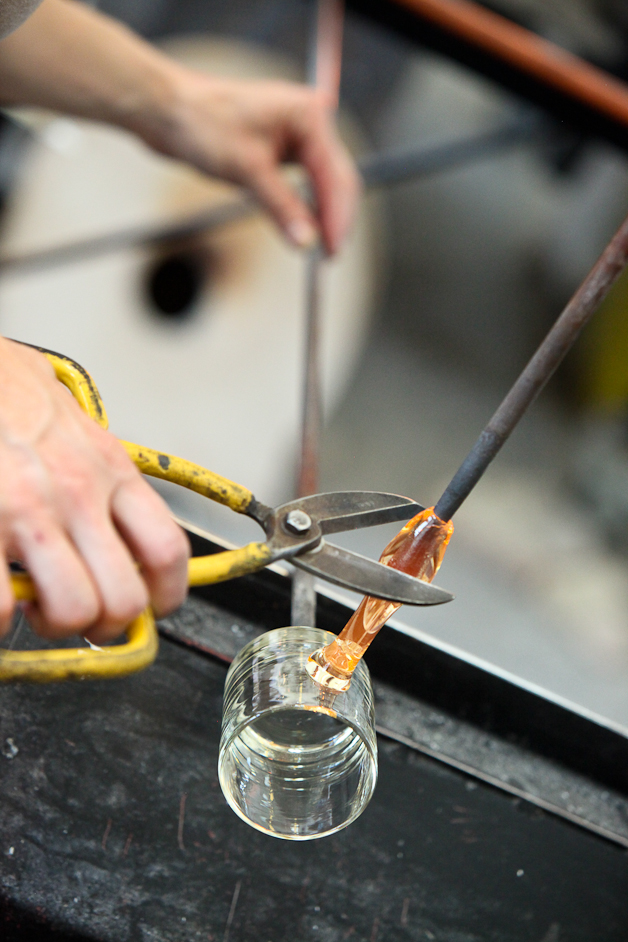 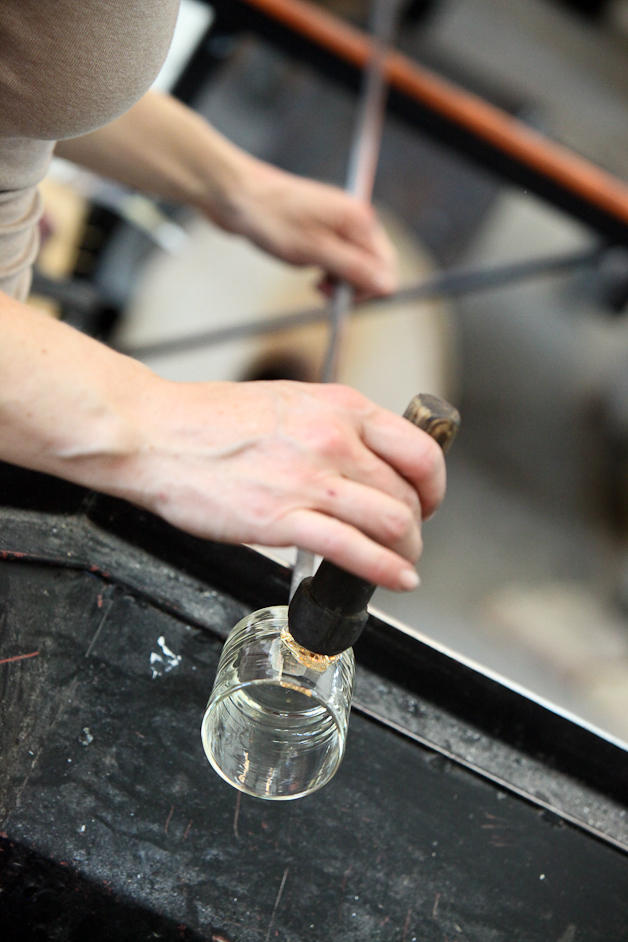 Storsjohyttan is located in the harbor area of Lake Storsjon in Ostersund, just a few blocks from the small city’s city centre where you will find boutiques, restaurants and hotels. A large town square and a many-blocks-long pedestrian-only shopping area is featured as well. Ostersund is the only city in the county of Jamtland. The Jamtland region is well known for it’s beautiful natural setting: countryside, wilderness, great lakes and high mountains. 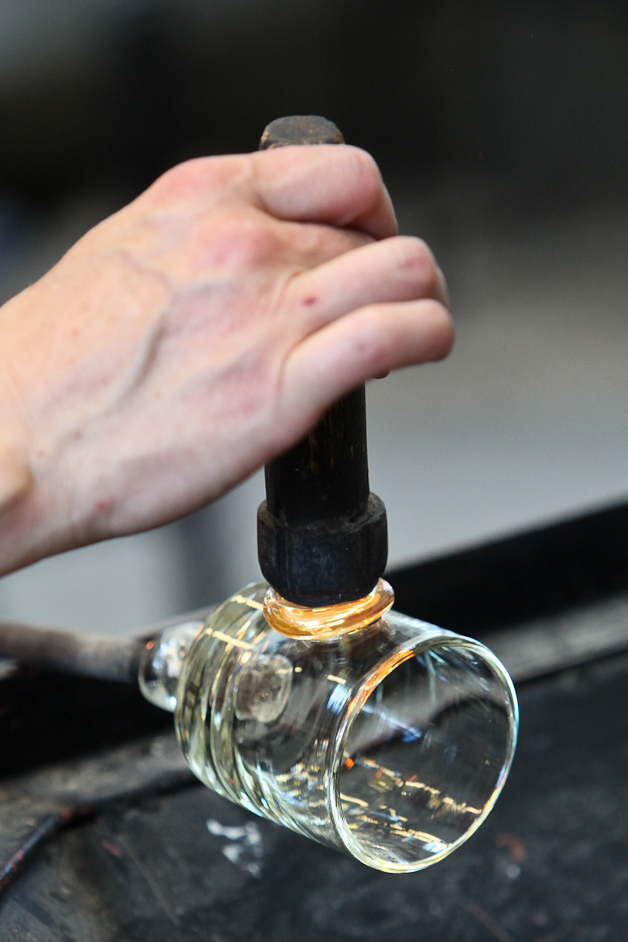