Grand place once you get here. The GPS  consistently tried to bring us in the back way: single lane dirt (mud as it was raining) around the levee road. At one point in time it directed us to drive up and over the levee on a slightly improved road called Spillway Road. We called the park and got directions to come in on the paved road around the levee. I now understand the central place ‘levees’ have in lots of delta blues songs.

Dusk on the ‘C’ trail brought out the deer and some barred owls yesterday.

A skim coat of ice on the standing water greeted the morning sun today.

I have never seen Cardinals and Cedar Wax Wings in flocks the way I do down here. 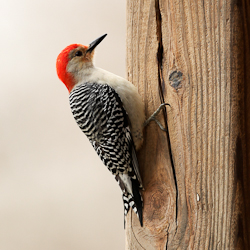 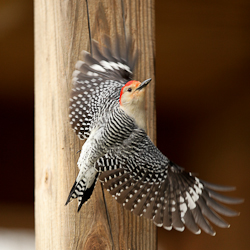 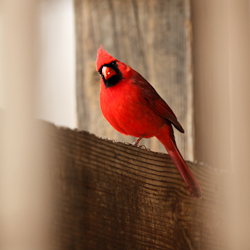 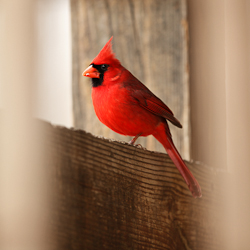 To be considered a bayou you must have moving water, a watercourse, and usually be connected with a delta. A swamp is low-lying, marshy wetland, and is usually forested and seasonally flooded. This area has them both.