The World Famous Station Inn ~ Larry Cordle (the drinks are on me) and One Hot Damn Bluegrass Band!


Being in Nashville, Tennessee, The Music City for me is like being the kid whose parents won’t let him eat sugar or maybe watch TV at his own house and he is all of a sudden spending lots of time at a neighbor’s house where anything goes. All sorts of new almost semi-illicit experiences to be had. I am not sure if it is because I did a little research or the possibility that going to any of the ‘name’ music venues will offer you a quality listening experience on almost any night of the week. Either way I have been blessed to be exposed to name talent that I did not recognize by name but that blew me out of the water with talent and musicianship.

Apparently the Northeast/Boston music scene and the Nashville music scene do not mix enough. My sense is Boston heads to Nashville when ready as opposed to the other way round.

After the Marshall Chapman gig at the The Station Inn, the world famous acoustic and bluegrass music The Station Inn, wrapped up we were waiting around thinking about ordering a pizza and beer, not sure what direction we were going in next. I am standing in a short line at the bar when up steps a barrel-chested guy with close-cropped hair who acts like he owns the place tonight and tells the wait ladies that drinks are on him for all for awhile.  That and they are setting up a food table off to the side. Turns out to be Larry Cordle himself who is having a CD stepping out party that evening. He and his band are the 9 PM show. Decision made. 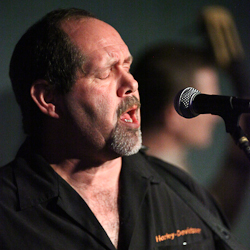 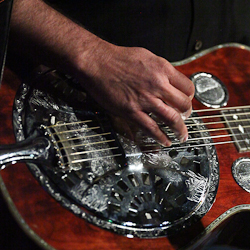 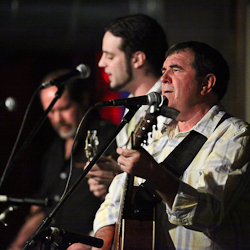 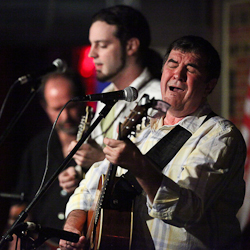 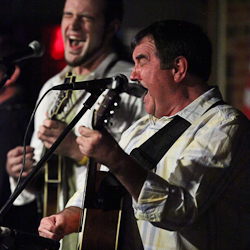 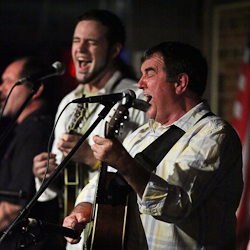 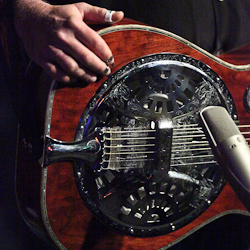 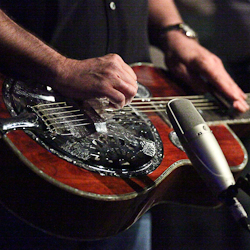 Larry Cordle has himself one hot damn bluegrass band!

All this is happening inside a nondescript whitewashed cinder block building with a red steel door out front and a side door stage door. This ramshackle building with the Doyle and Debbie Show billboard out front is the ‘world renowned’ acoustic and bluegrass music club The Station Inn and it is set in what apparently used to be an old railroad warehouse district now known  as The Gulch. The Gulch is a trendy area full of condo’s and with-it restaurants growing up around The Station Inn.

The Station Inn was the hot fudge ice cream sunday to that little boy whose mom would not allow him sweets!