In transit from Buffalo/Cleveland to Santa Fe we managed to find our way through Danville, Illinois and the Red Bridge community of Kansas City, Missouri.

Childhood haunts of mine, indulge me while I reminisce.

Danville, Illinois: My Dad took a position with Federal Chemical, a chemical company with a fertilizer division in the midwest. We moved east from Missouri in the summer of my 5th grade year. This was our family’s third relocation in my short lifetime.

At that point in time Danville was thriving, the home of Chuckles candy,  strip-mining of coal was king in the area, home to a GM assembly plant and a busy railroad center.

Dick Van Dyke grew up in Danville. That dates you if you recognize the name

Chuckles is now history as a candy, the GM plant is closed and Dick Van Dyke is an old guy.

Danville’s present claim to economic fame is a federal penitentiary outside of town. 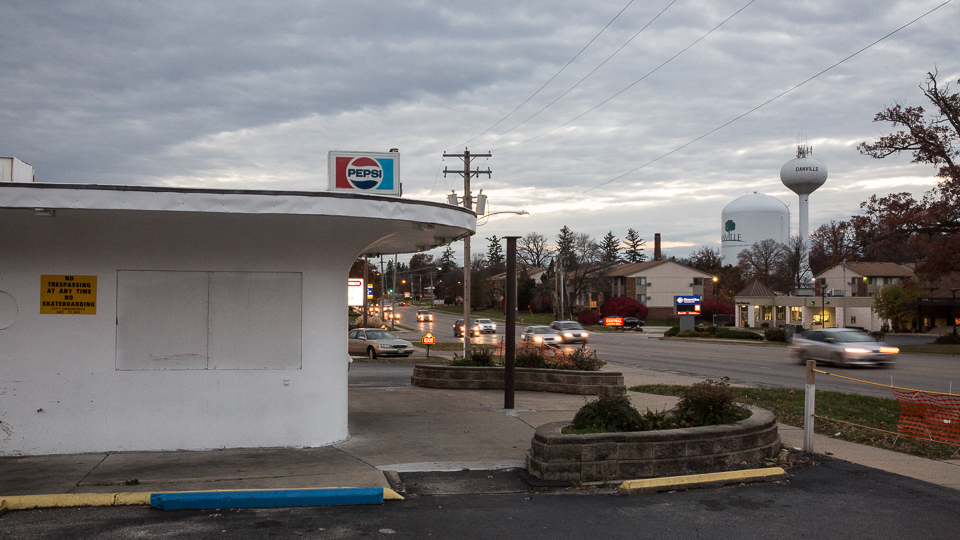 This is a view of the Custard Cup, still run by the Darling family using the same recipe for soft serve custard.

The business is shuttered against the season and apparently the surrounding competition.

The custard Cup was ‘the place’ back in the day.

My guess is: it still is! 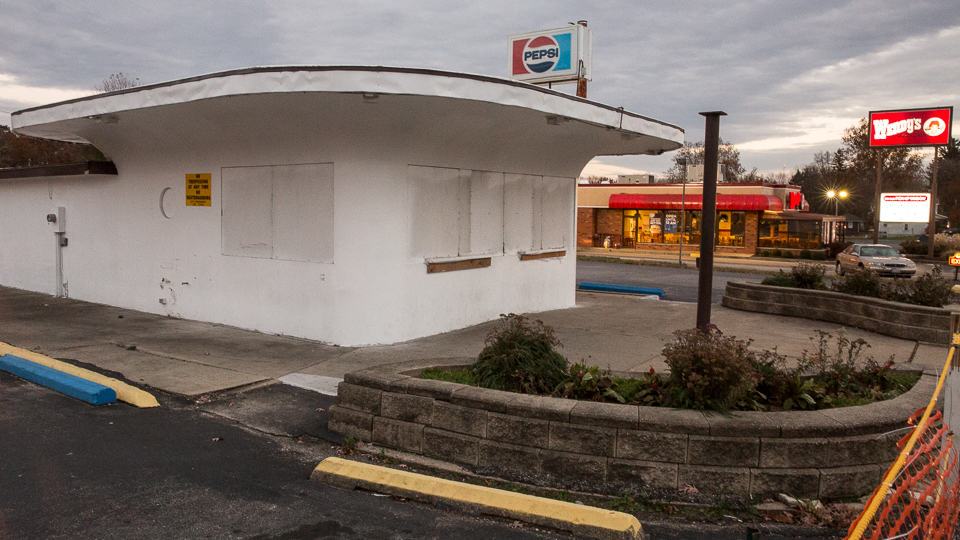 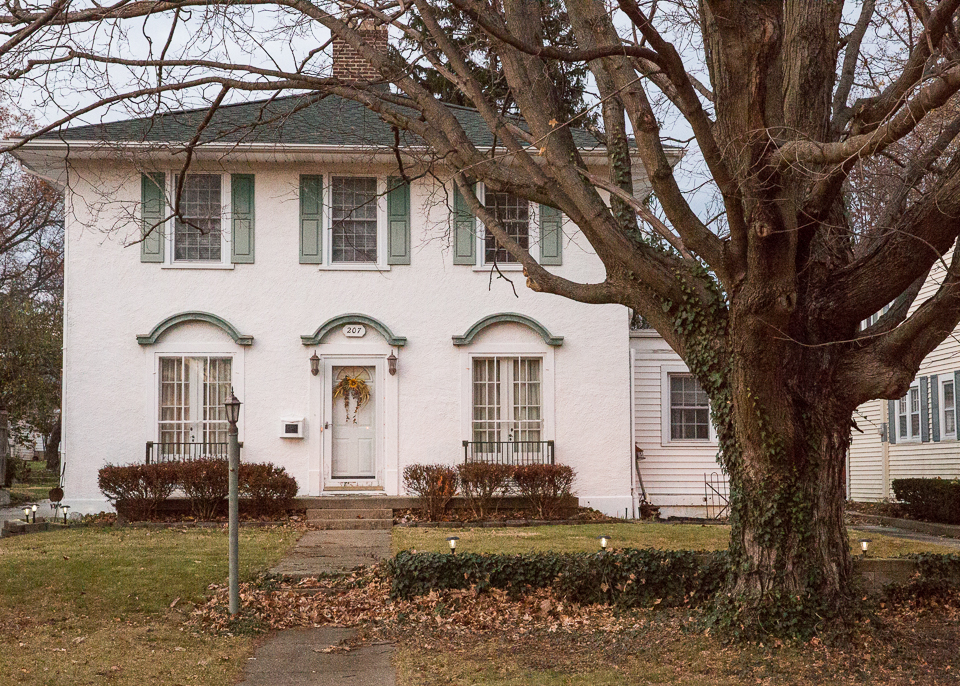 We moved from the house on Vermilion to this house at 207 East Raymond. 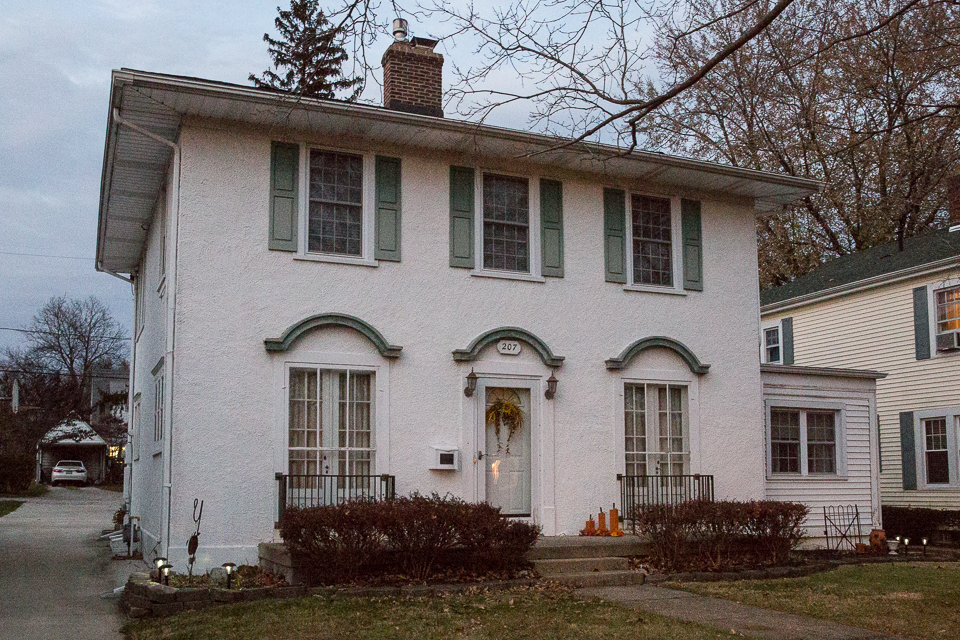 Still the same part of town and the same elementary school for my brother and I. 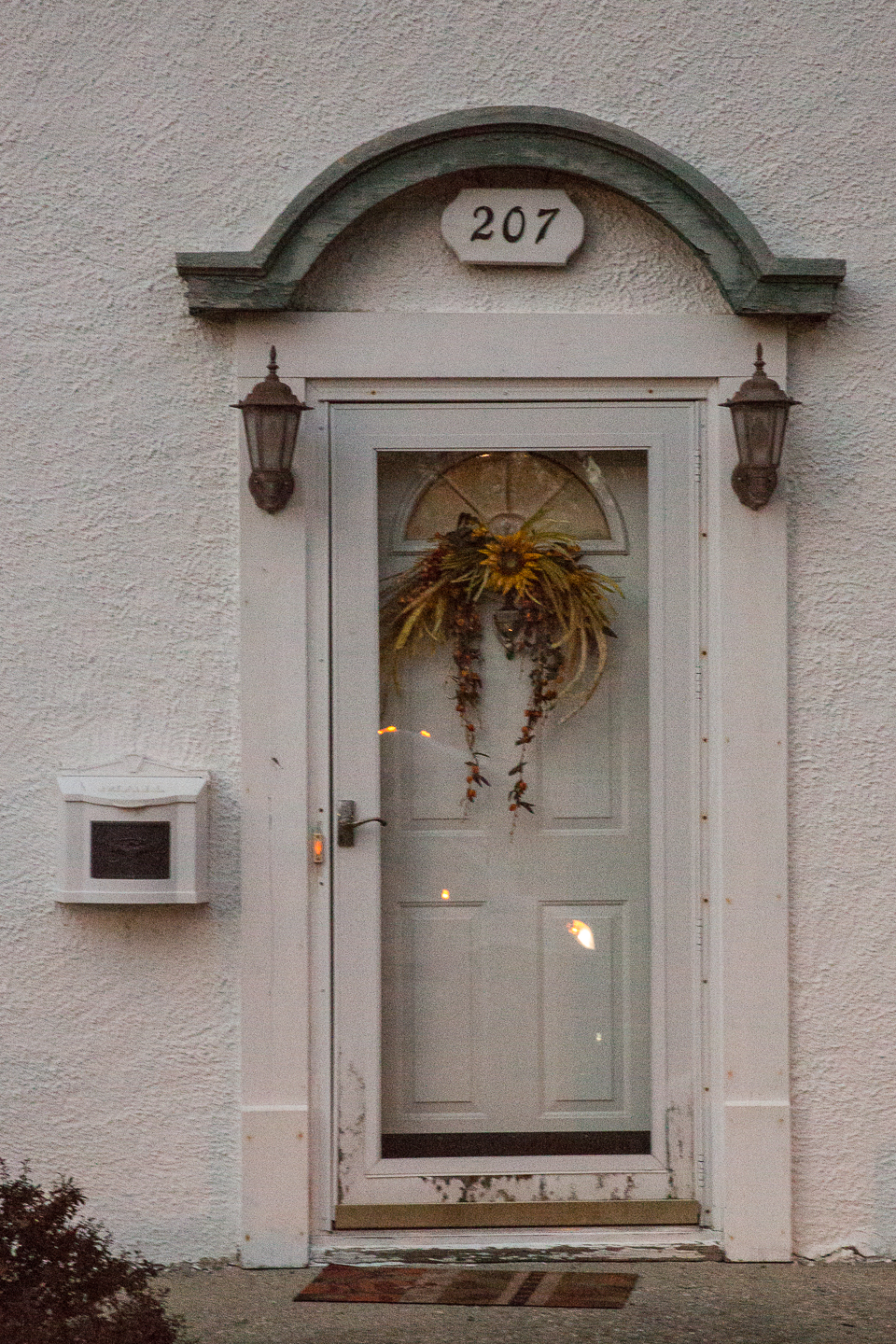 Our folks were pretty conscientious about schools and our education. 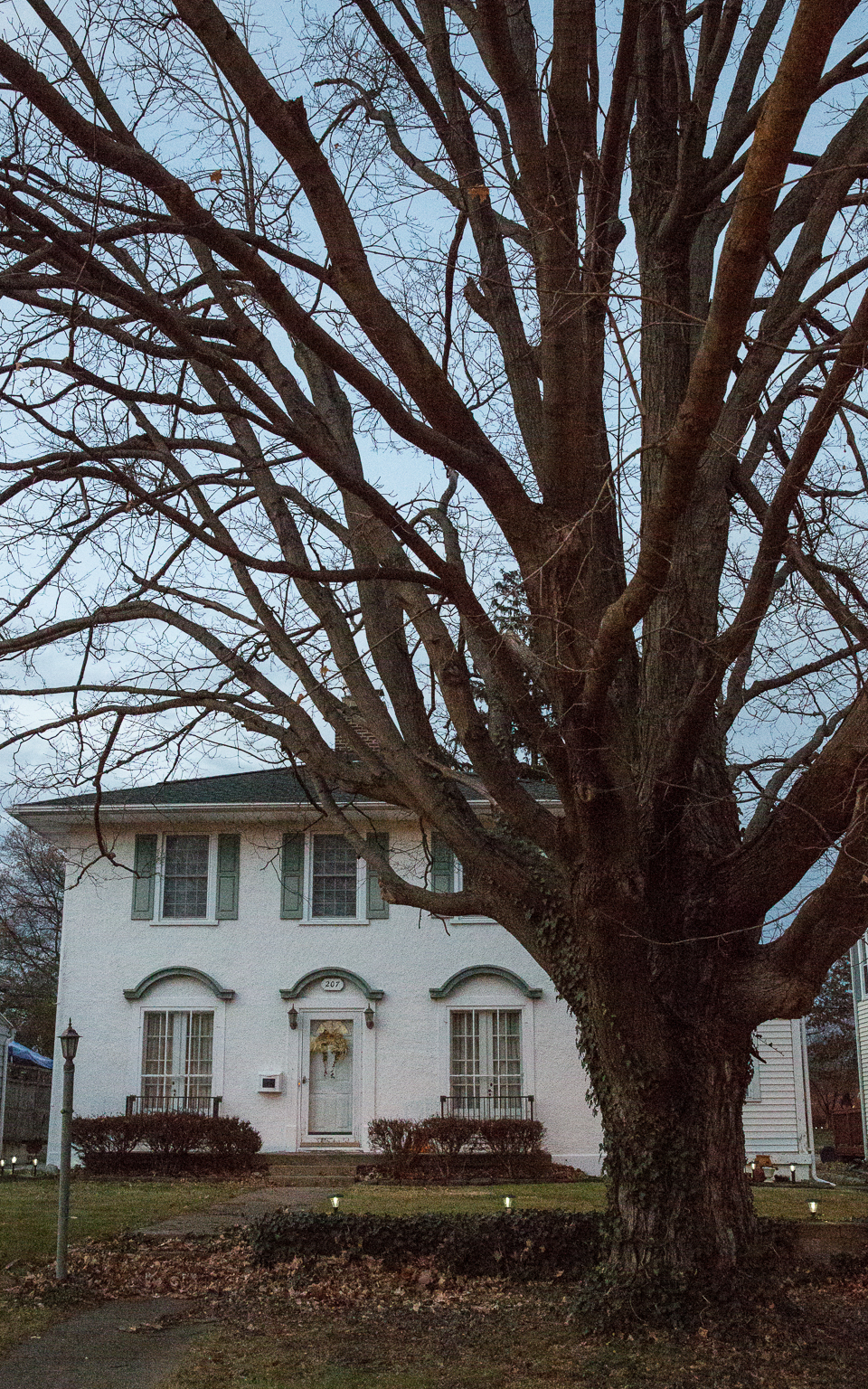 I do not remember ever again moving during the school year after the move north to Kansas City from Florida.

We seemed to live close to our elementary schools. 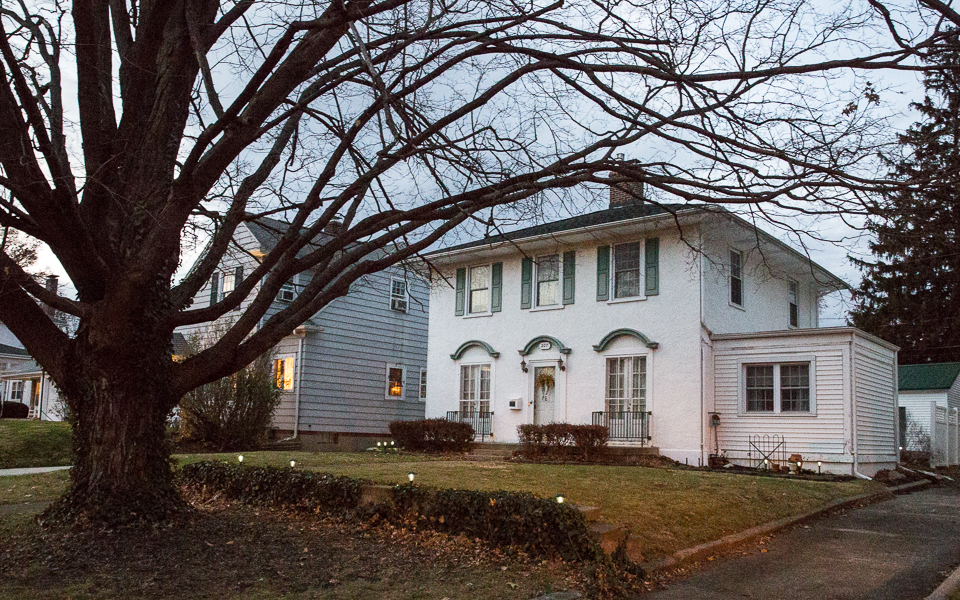 We attended Edison Elementary School back in the day. 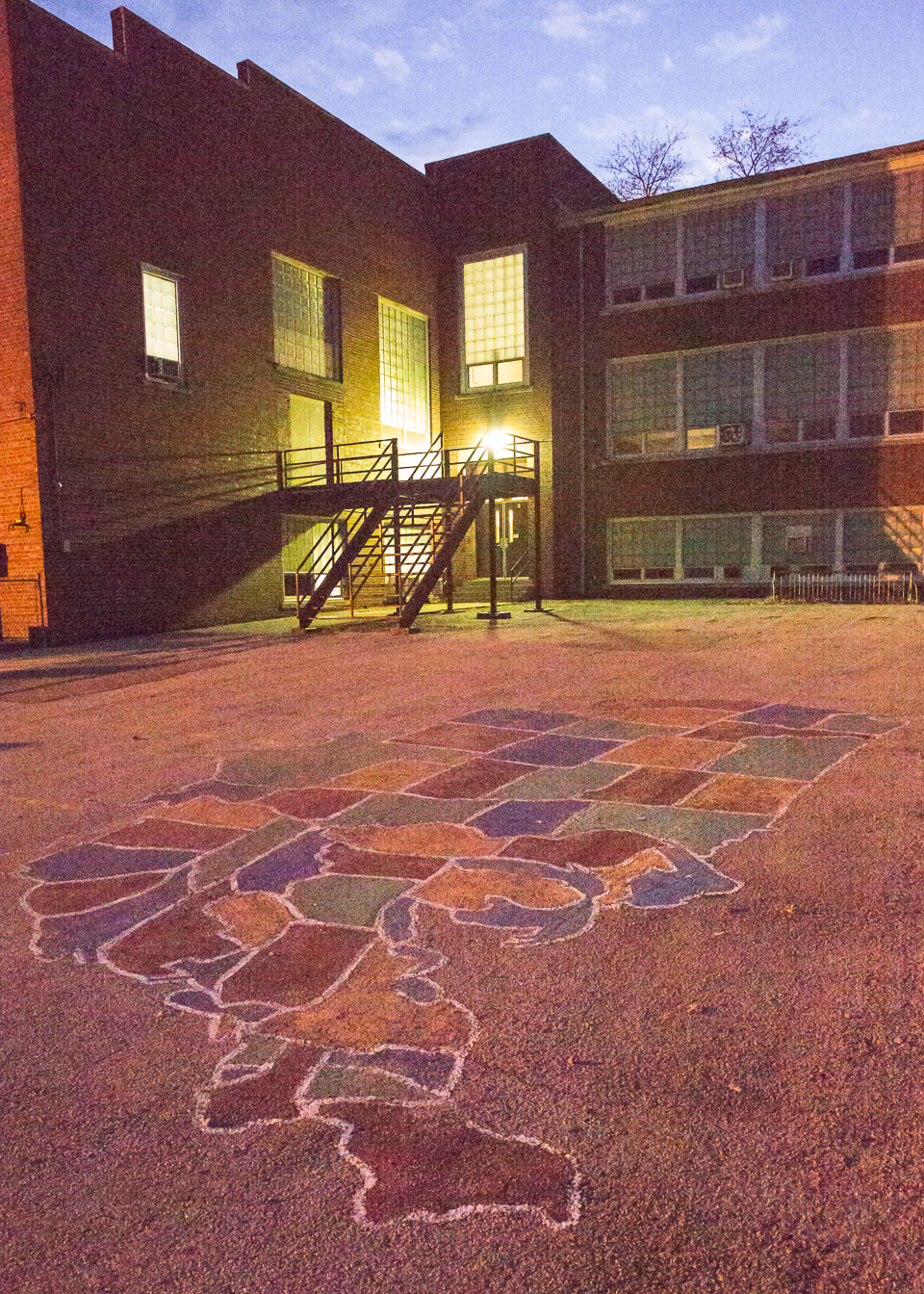 I was there for sixth grade then on to North Ridge Junior High School. 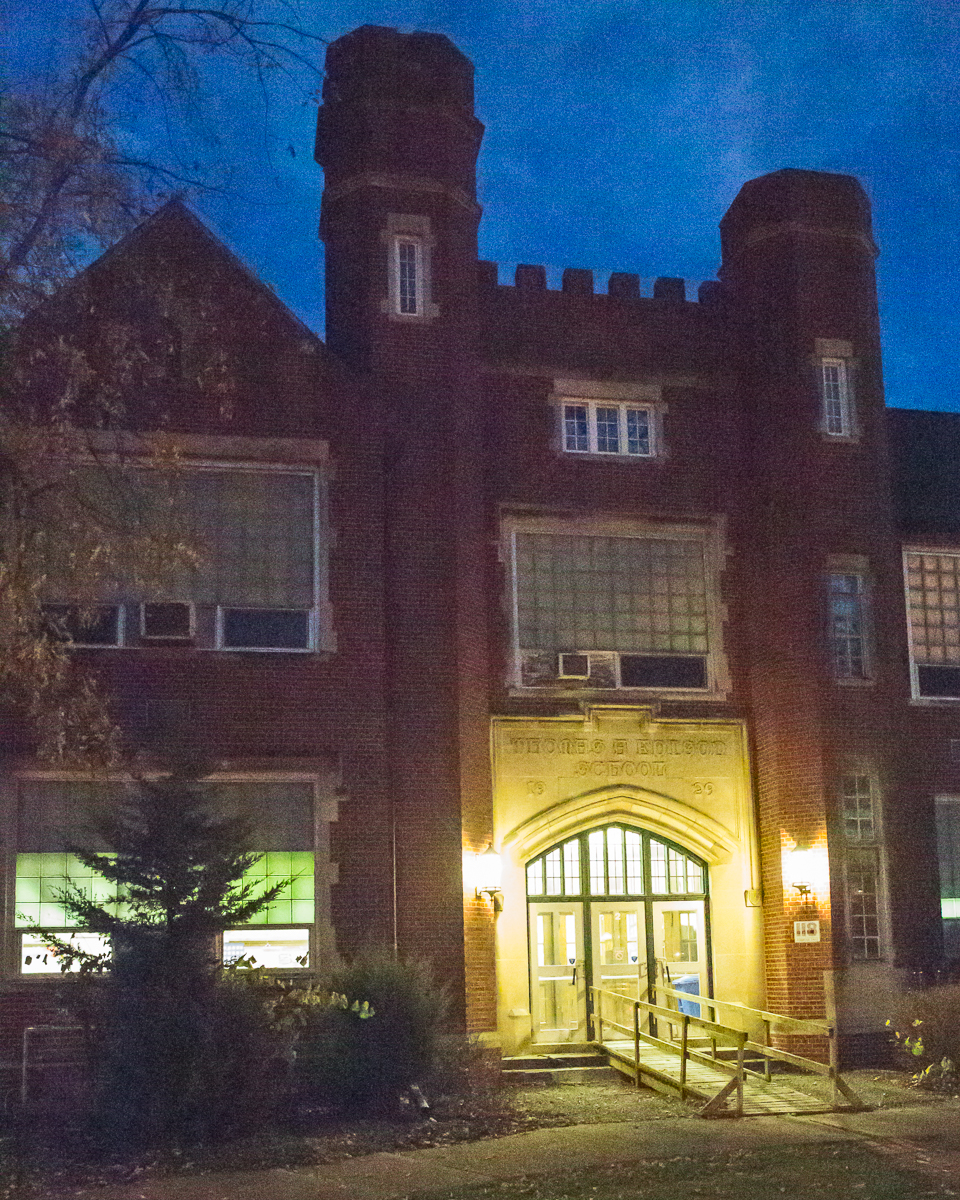 We arrived in Danville after dark but the Principal of Edison Elementary, Mark Goodwin working late, having a presence in his school community, was so gracious as to show me around.

This, after I tried the doors, found one open and let myself in.

Mark warmed to the task of showing me around and listening to my story.

A good man who is clearly proud of his school and it’s historic building: Thank you Mark. 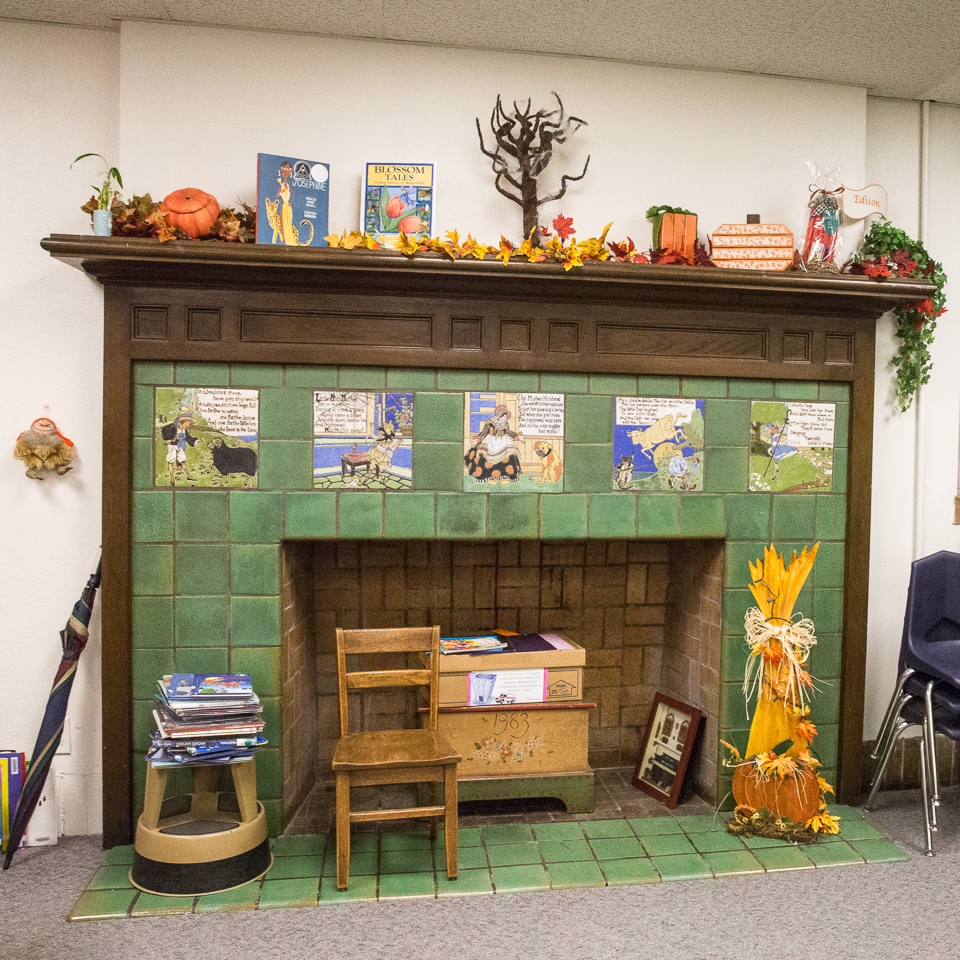 A brick school building school with a fire place and a hearth, in the original Library. 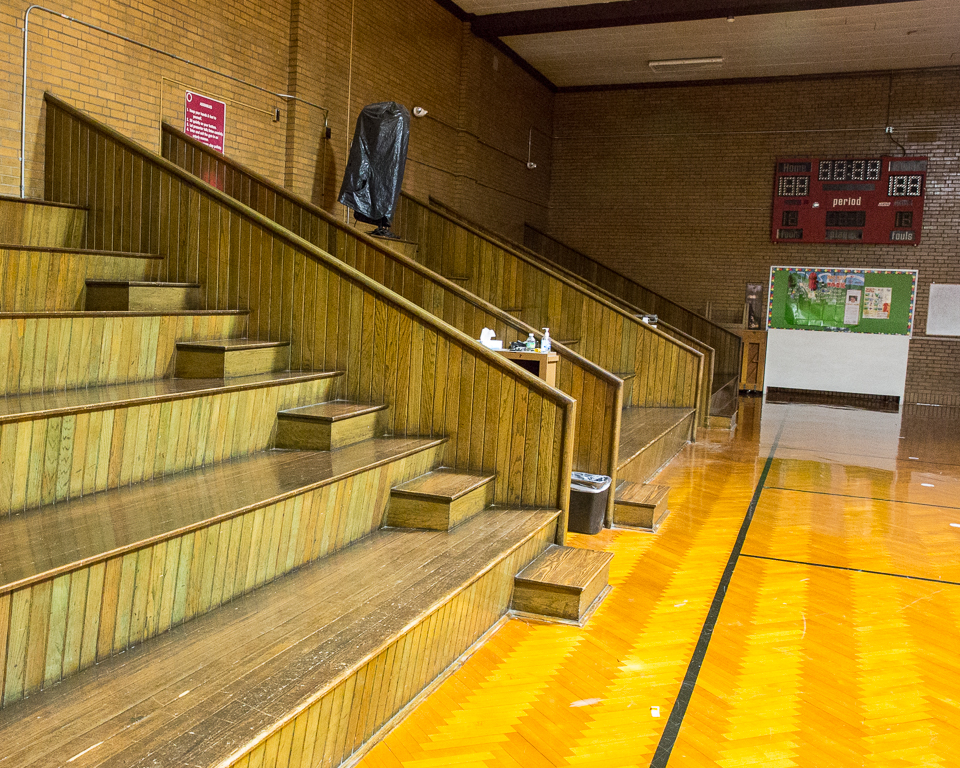 The floor is still in excellent condition, well maintained by someone with pride in self and pride in product. 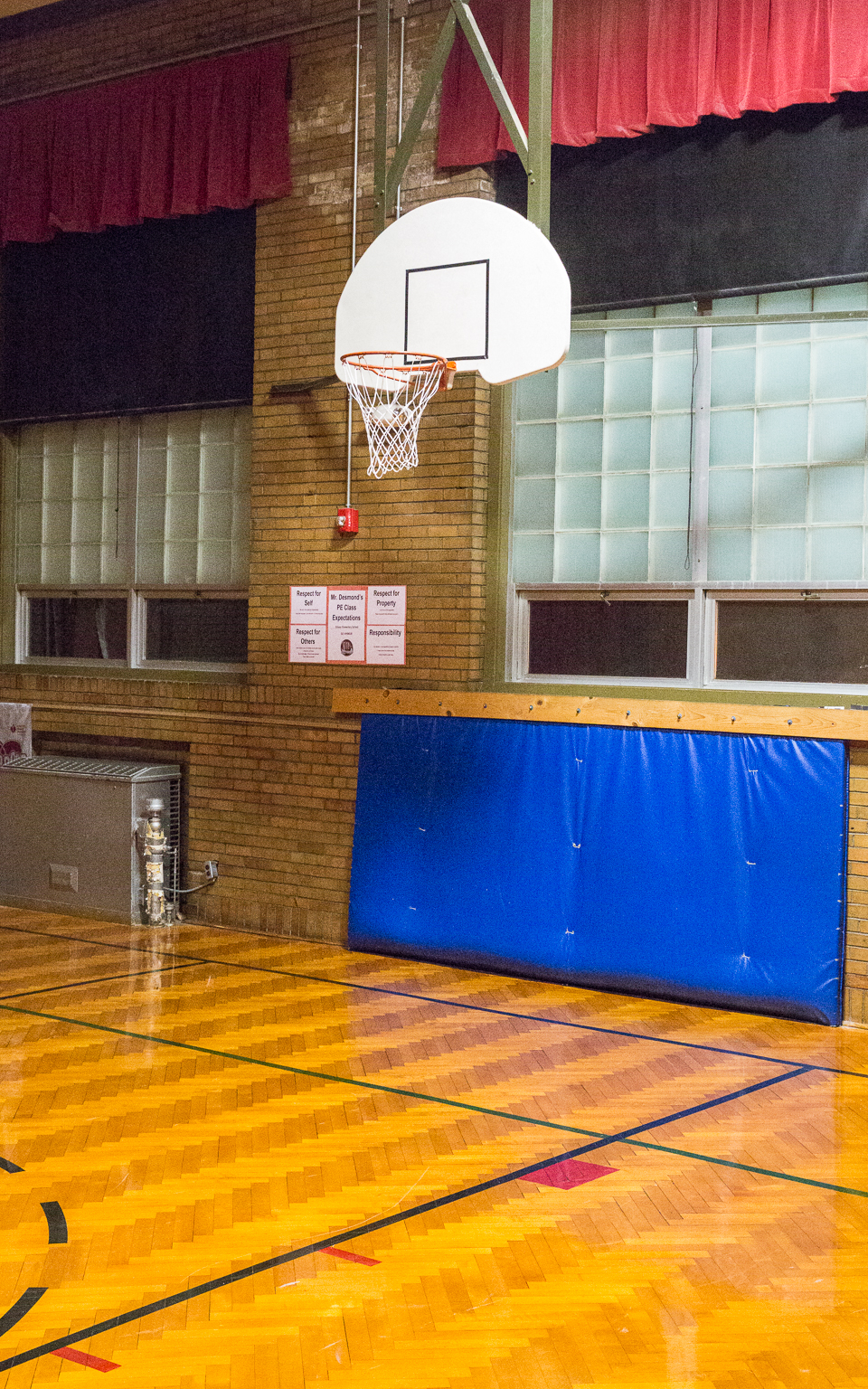 Prior to Danville we lived in the Red Bridge community of Kansas City, Missouri, having moved from Coral Cables, Florida.

This would have been in my elementary school years through fifth grade. I can not recall what grade I was in when we moved to Red Bridge. 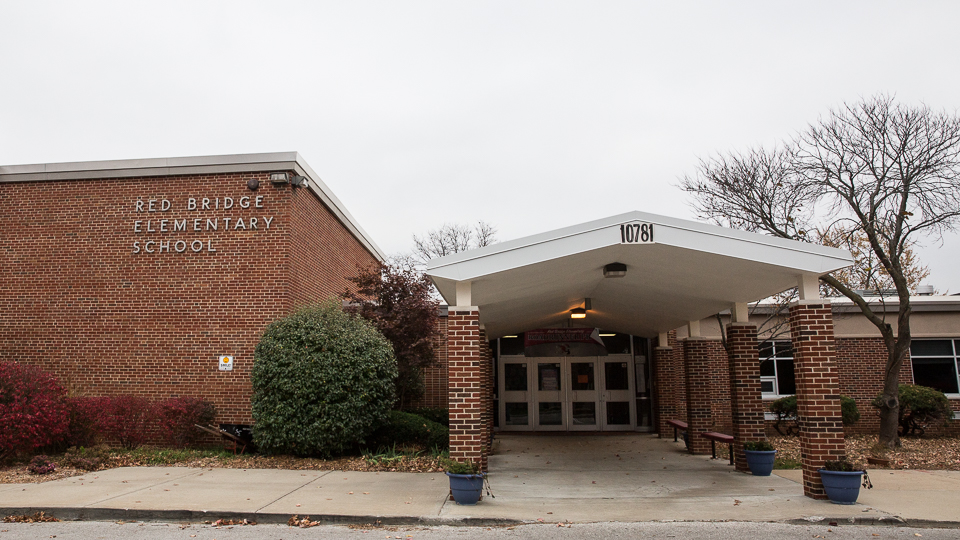 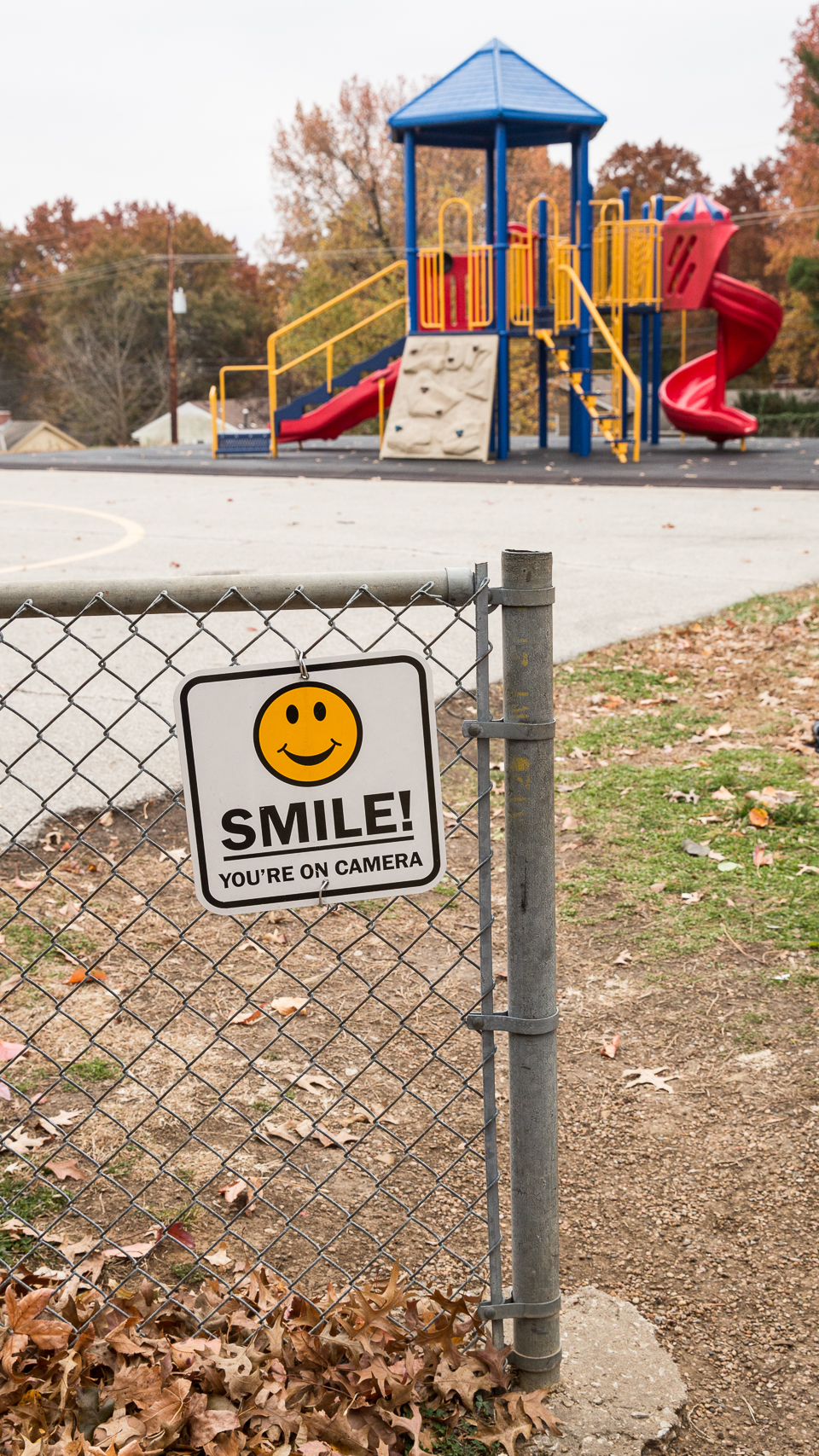 No need of this back in the day … just an observation not a judgement. 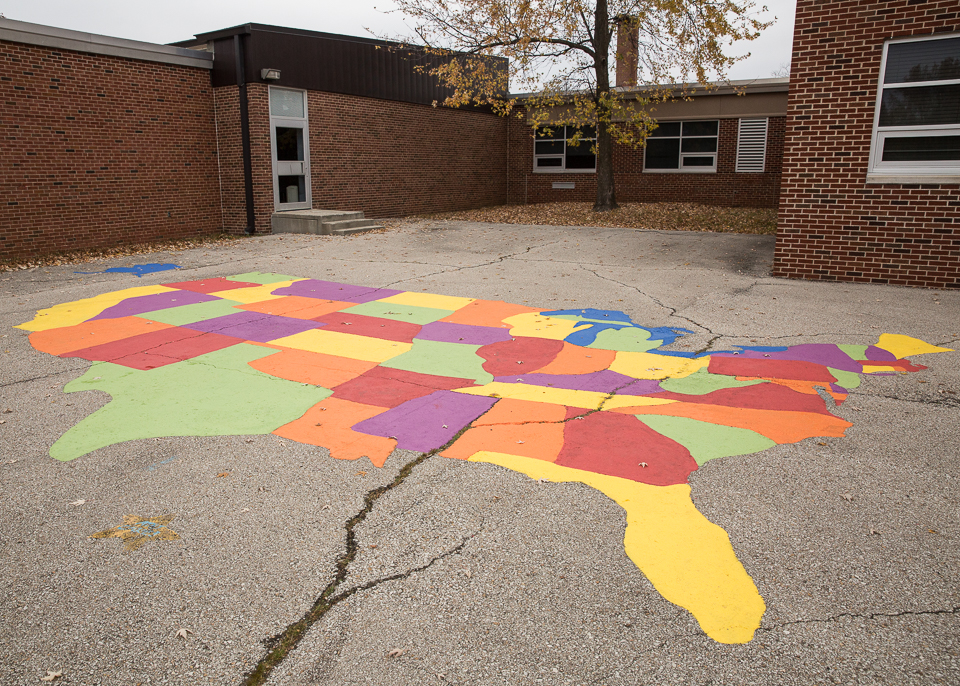 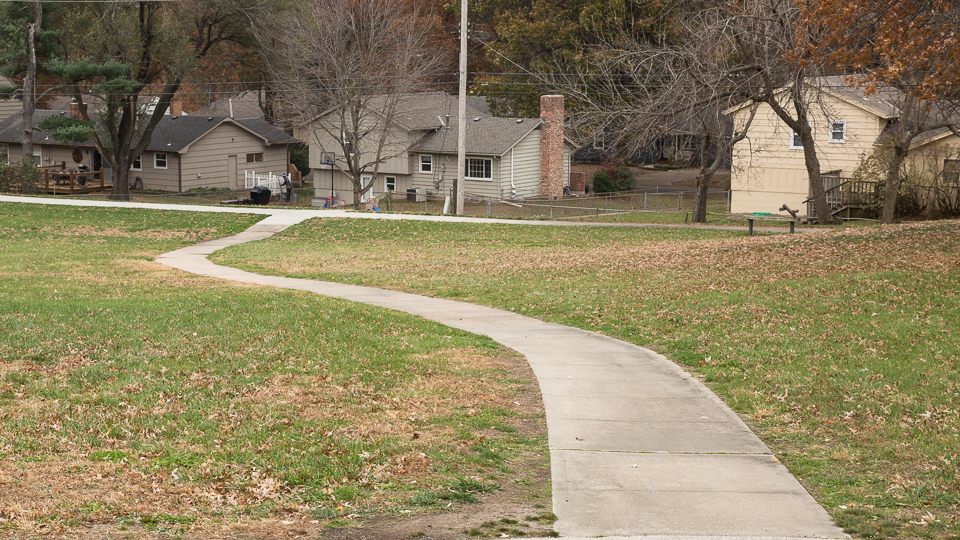 Down the hill behind the school to 108th Terrace. The split-level gray house to the left of the walkway in this view above and to the right of the walkway from the street view.

We moved in when the school (1959 date on the brass plaque inside the front doors) and the house and development were new. The trees were not grown up or mature yet and one could see forever from off the top of the hill.

To the left of the walkway/sidewalk was a good sized storm drain and then an embankment that ran down into the back yards. Early on the hill was planted with fresh grass sod just before a major rain. The sod slid down the hillside clogging up that storm drain. The rain water off the hill filled the drainage basin and overflowed into people’s back yards and back doors, especially ours. I remember Mom calling my Dad at work in a panic. 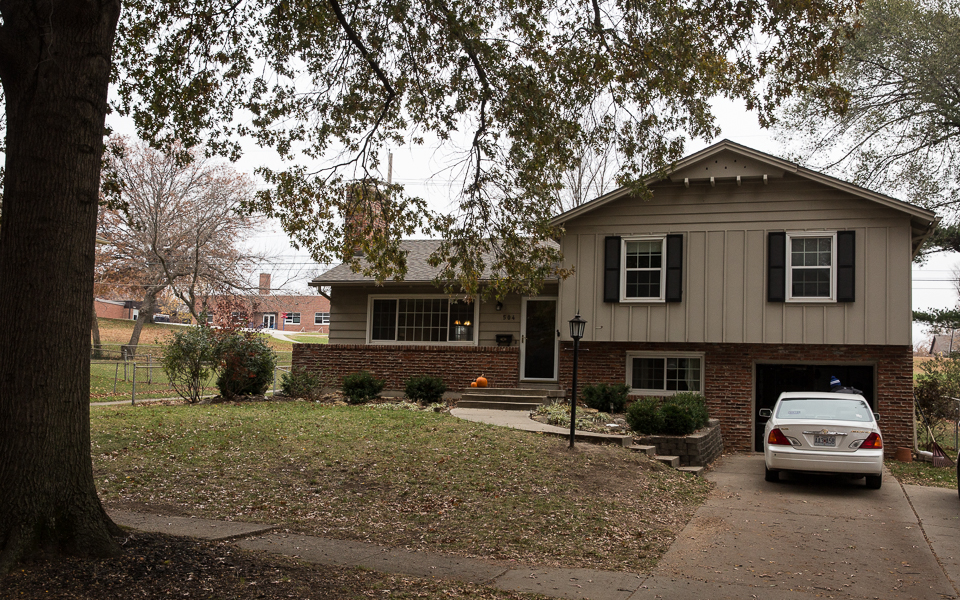 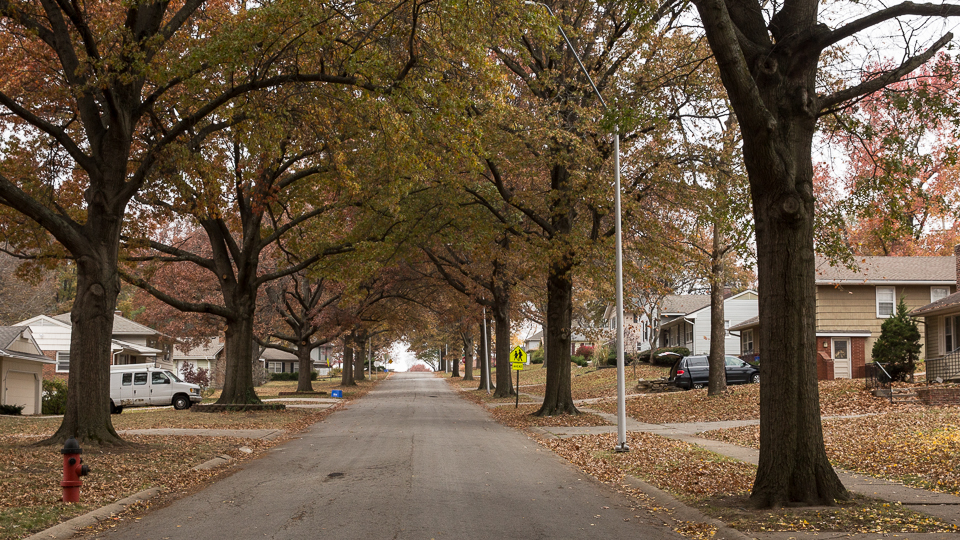 Views up and down the street. Great trees. 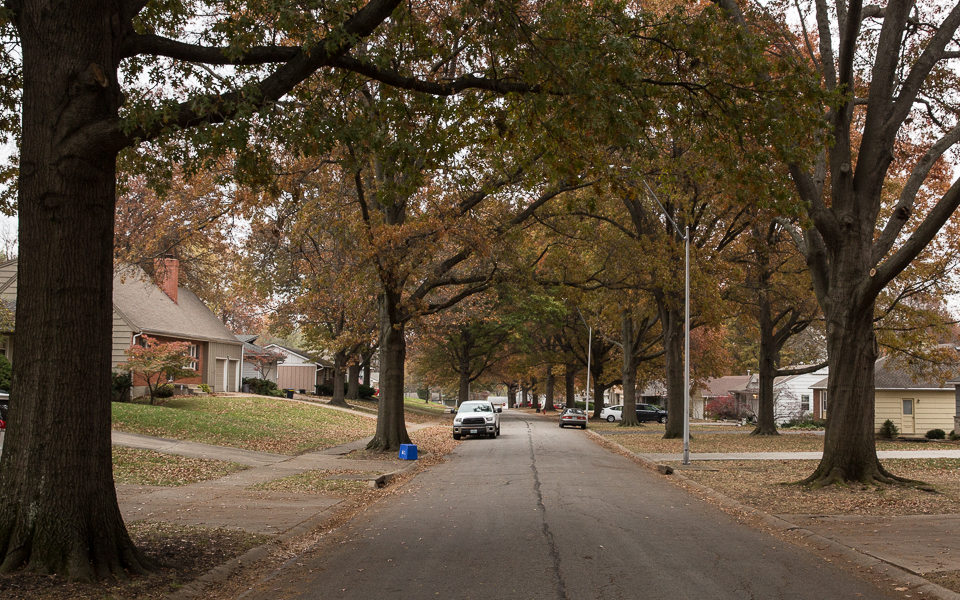 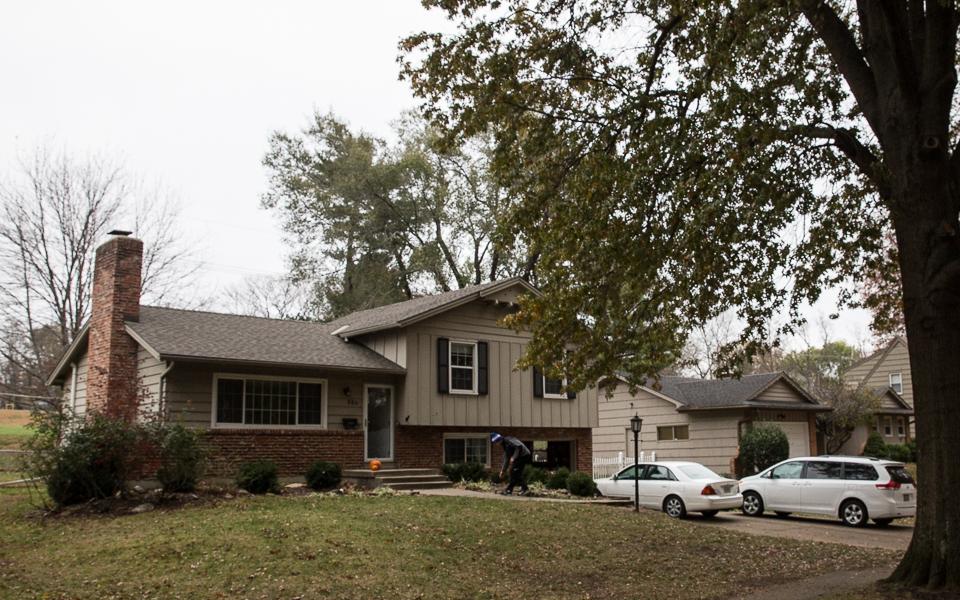 Brett Eubank and his wife and family of four young boys live at that house in Red Bridge.

Brett was kind enough to listen to an old guy’s stories from way back in the day.

The family of Ed and Louise McKinney went on to be a family of four boys: Stephen, Roger, Bruce and David.

Must be something about that Red Bridge house … 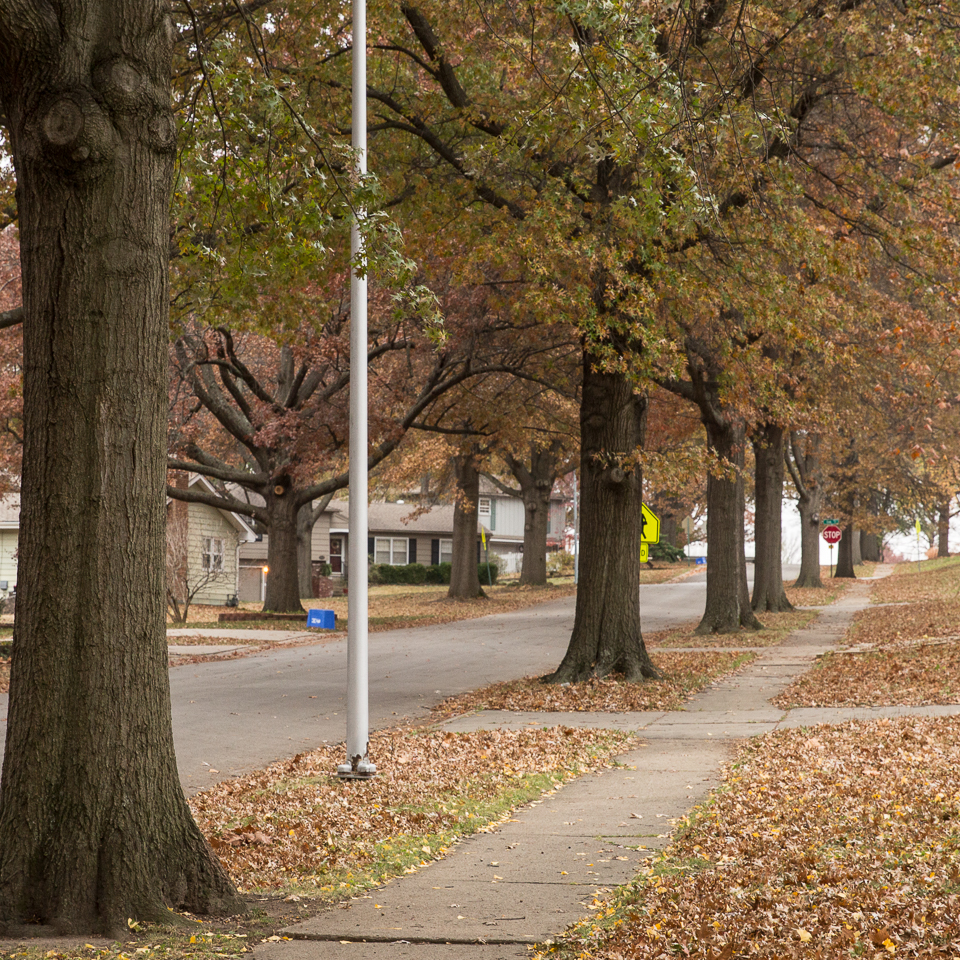 This street and neighborhood had good energy back in the day.

My sense is, from the size and stature of the mature trees and my chat with Brett Eubank, that it still has good energy. 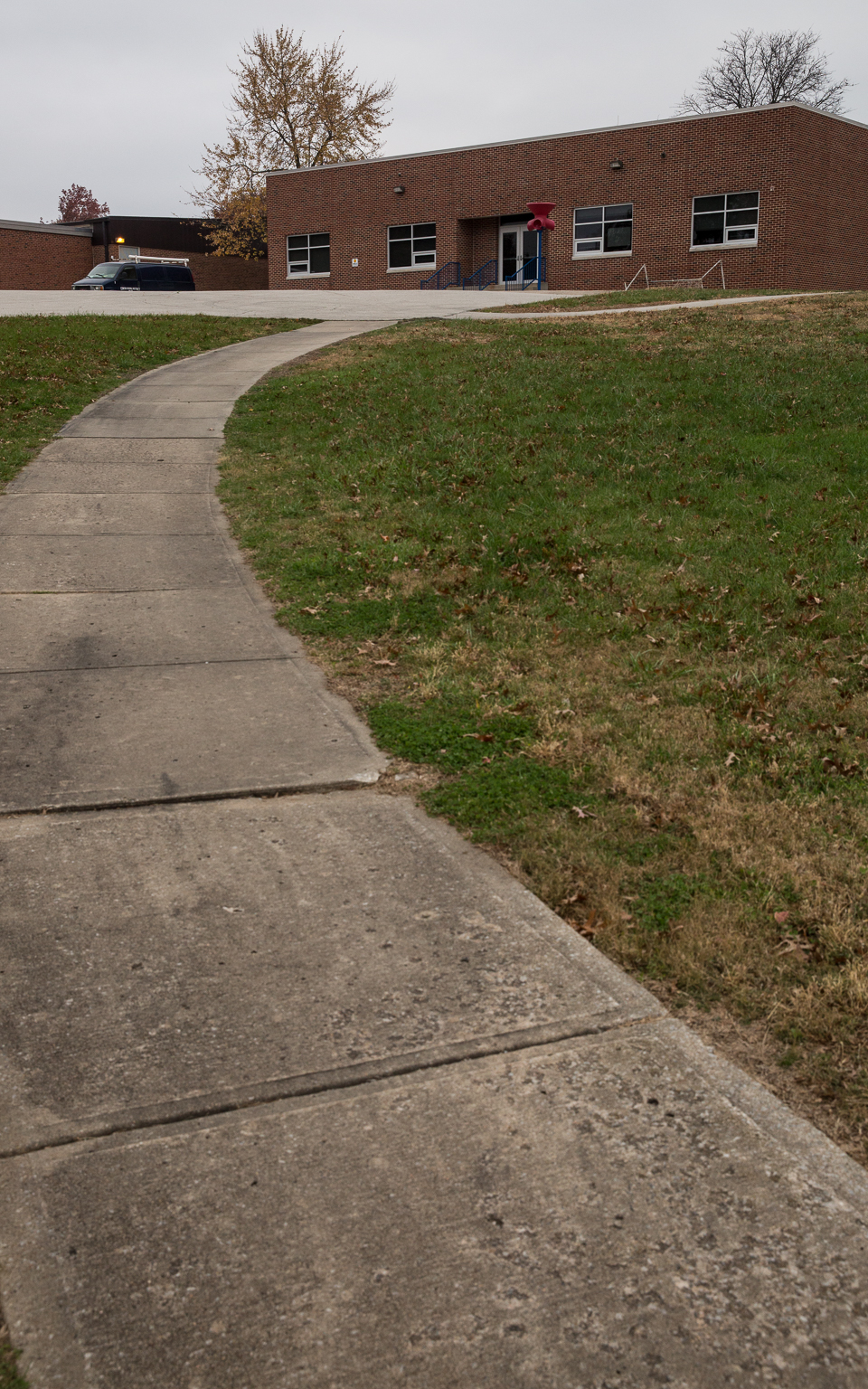 We would sled this hill in the winter  and fly kites off of it in the spring and summer.

I can remember being late for school, dubbin’ around on the walk up.

… and then be blessed enough to be able to visit them in one’s retirement.