A colorful town with some interesting history. 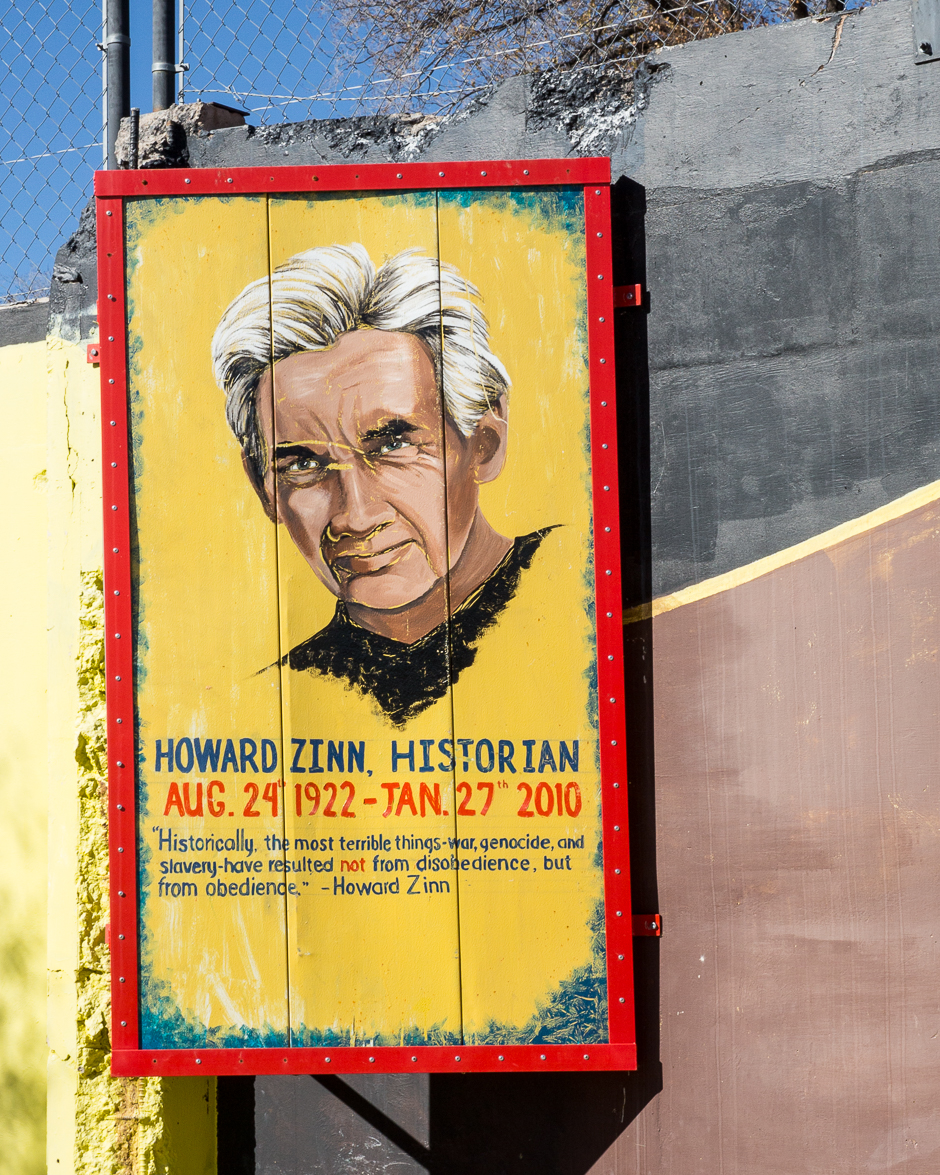 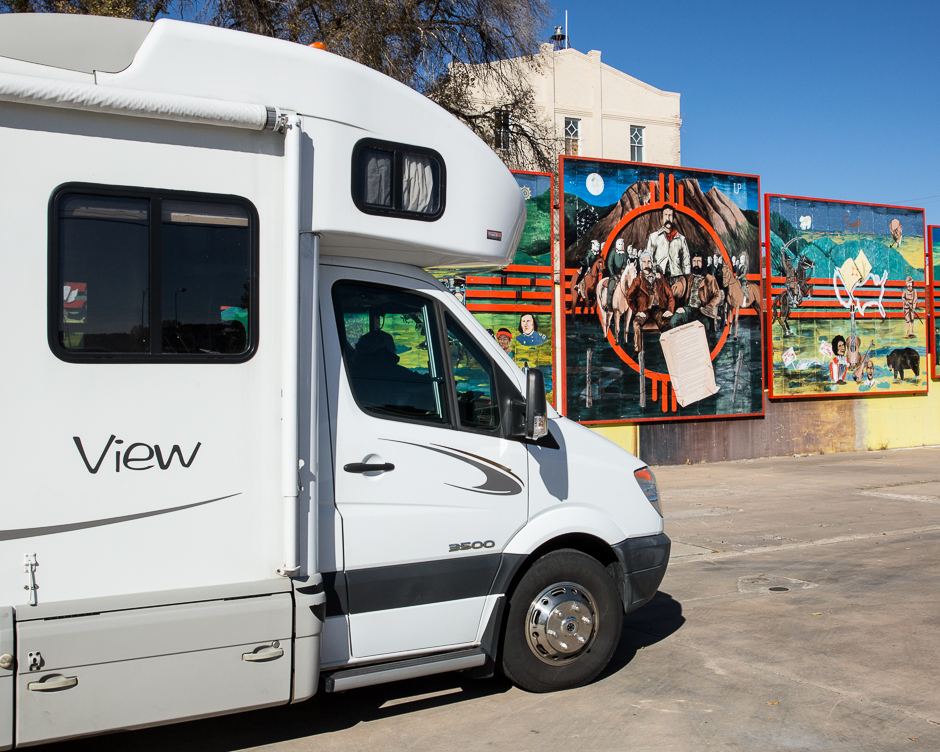 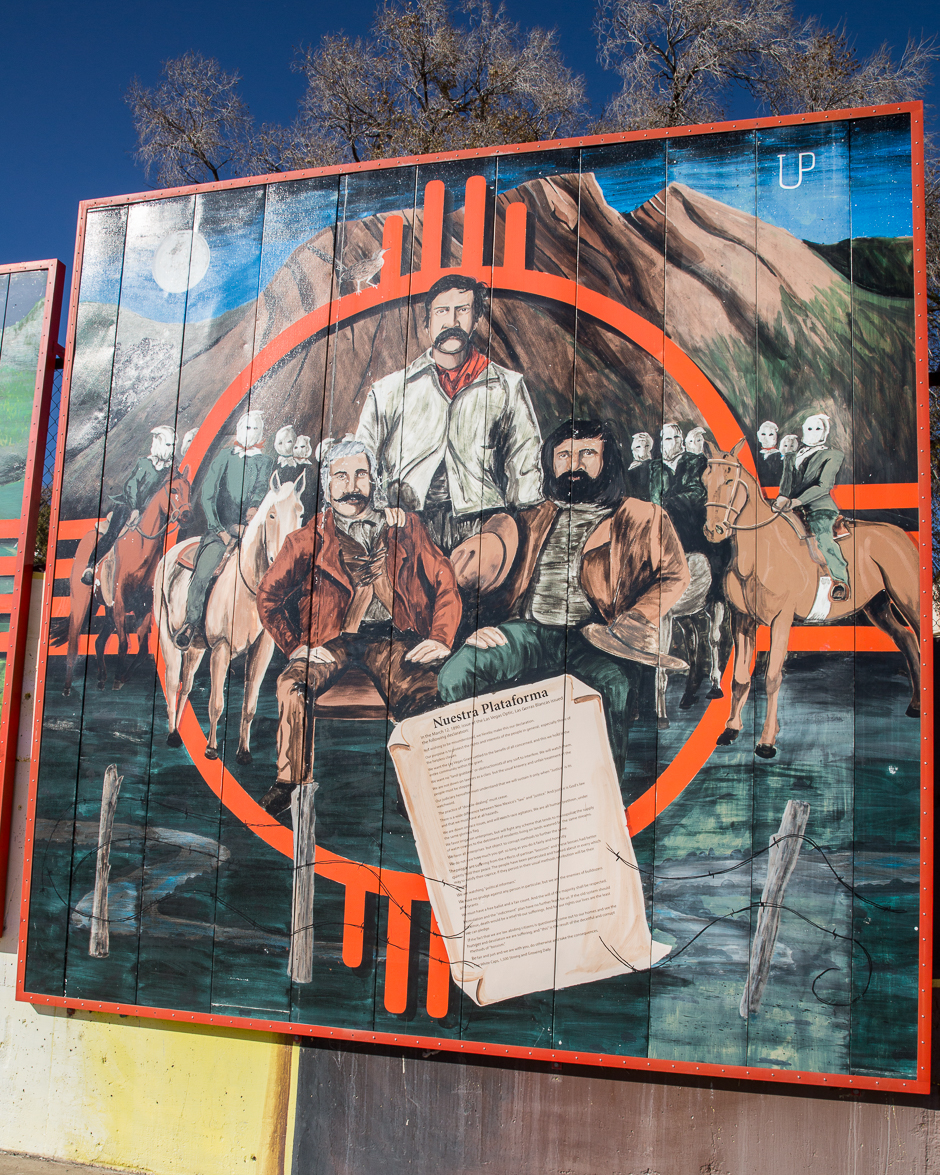 What do you think? Union Thugs 😉

For those that do not know me, this is said tongue in cheek 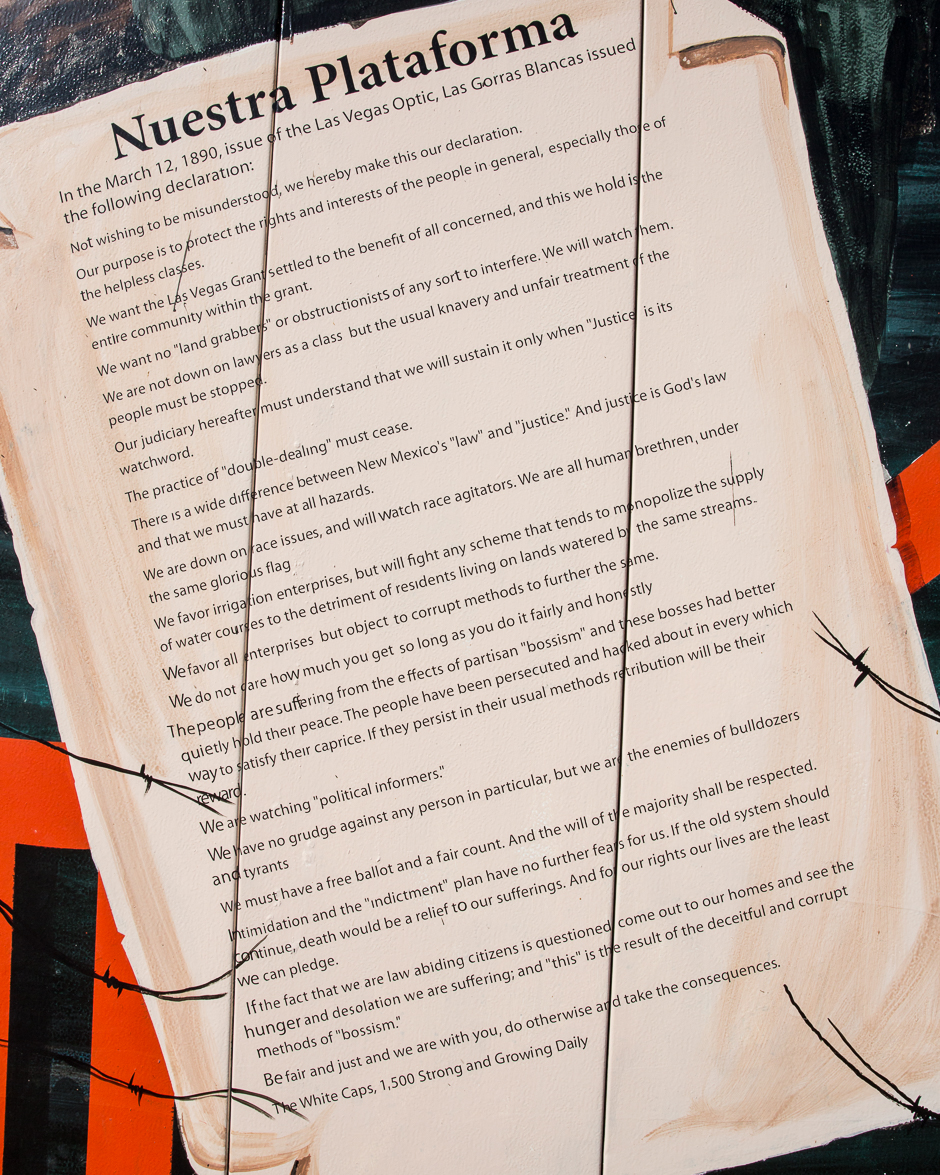 In the late 1880s and early 1890s, a group of people calling themselves La Gorras Blancas, the White Caps, rose up in rebellion in San Miguel County and northern New Mexico. The main concern was based upon the fact that landowners had fenced off ranchland, which made it impossible for small landowners to graze their livestock. The railroads had also refused to pay prevailing rates for hauling railroad ties. This group responded by burning houses, cutting barbed wire fences enclosing Anglo farms and ranches, and stopping teams from hauling rail ties. Former governor Miguel Antonio Otero describes the circumstances in his memoir: “At night large parties on horseback, wearing white caps drawn over their faces, would ride through towns and settlements merely for the purpose of intimidating people.” In the following proclamation, the White Caps define their standing and position.

Not wishing to be misunderstood, we hereby make this our declaration.

Our purpose is to protect the rights and interests of the people in general; especially those of the helpless classes.

We want the Las Vegas Grant settled to the benefit of all concerned, and this we hold is the entire community within the grant.

We want no “land grabbers” or obstructionists of any sort to interfere. We will watch them.

We are not down on lawyers as a class, but the usual knavery and unfair treatment of the people must be stopped.

Our judiciary hereafter must understand that we will sustain it only when “Justice” is its watchword.

The practice of “double-dealing” must cease.

There is a wide difference between New Mexico’s “law” and “justice.” And justice is God’s law, and that we must have at all hazards.

We are down on race issues, and will watch race agitators. We are all human brethren, under the same glorious flag.

We favor irrigation enterprises, but will fight any scheme that tends to monopolize the supply of water courses to the detriment of residents living on lands watered by the same streams.

We favor all enterprises, but object to corrupt methods to further the same.

We do not care how much you get so long as you do it fairly and honestly.

The People are suffering from the effects of partisan “bossism” and these bosses had better quietly hold their peace. The people have been persecuted and hacked about in every which way to satisfy their caprice. If they persist in their usual methods retribution will be their reward.

We are watching “political informers.”

We have no grudge against any person in particular, but we are the enemies of bulldozers and tyrants.

We must have a free ballot and a fair count. and the will of the majority shall be respected.

Intimidation and the “indictment” plan have no further fears for us. If the old system should continue, death would be a relief to our sufferings. And for our rights our lives are the least we can pledge.

If the fact that we are law abiding citizens is questioned, come out to our homes and see the hunger and desolation we are suffering; and “this” is the result of the deceitful and corrupt methods of “bossism.”

Be fair and just and we are with you, do otherwise and take the consequences.

An Interesting Read : “Retribution Will Be Their Reward”