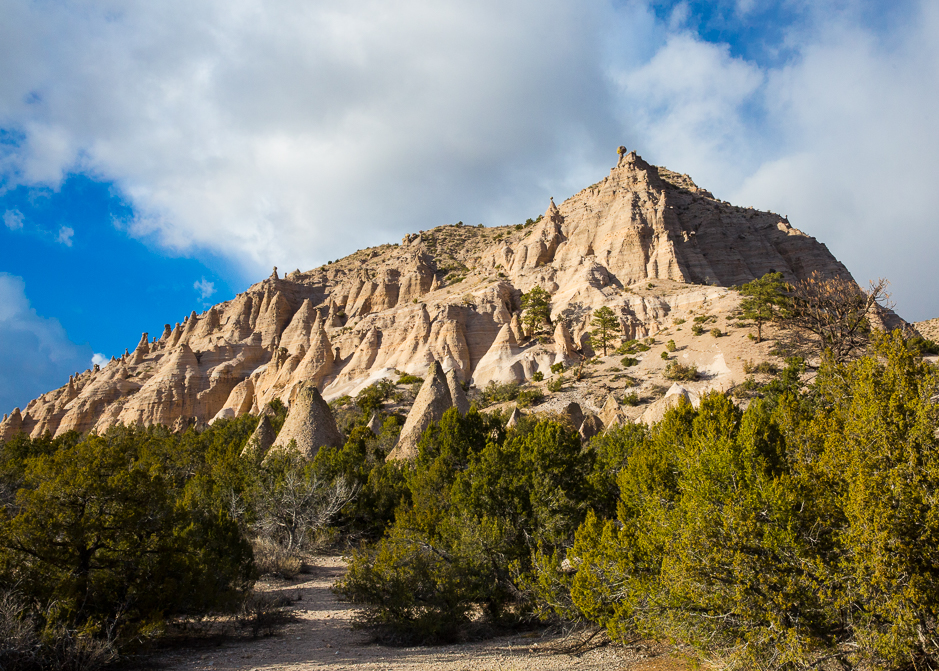 The Pueblo de Cochiti has always considered this area a significant place.

“Kasha-Katuwe” means “white cliffs” in the traditional Keresan language of the pueblo. 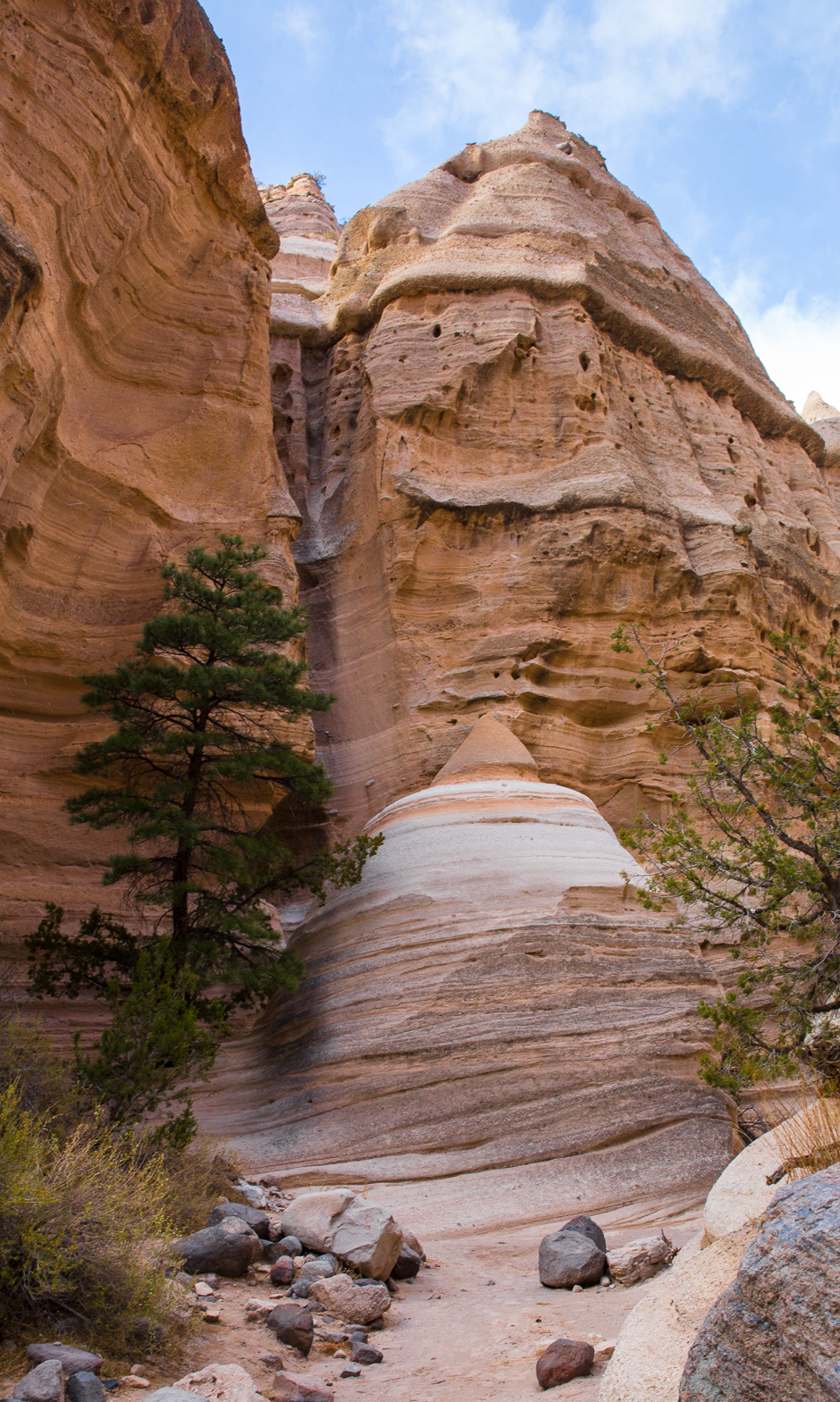 The cone-shaped tent rock formations are the products of volcanic eruptions that occurred 6 to 7 million years ago and left pumice, ash and tuff deposits over 1,000 feet thick. 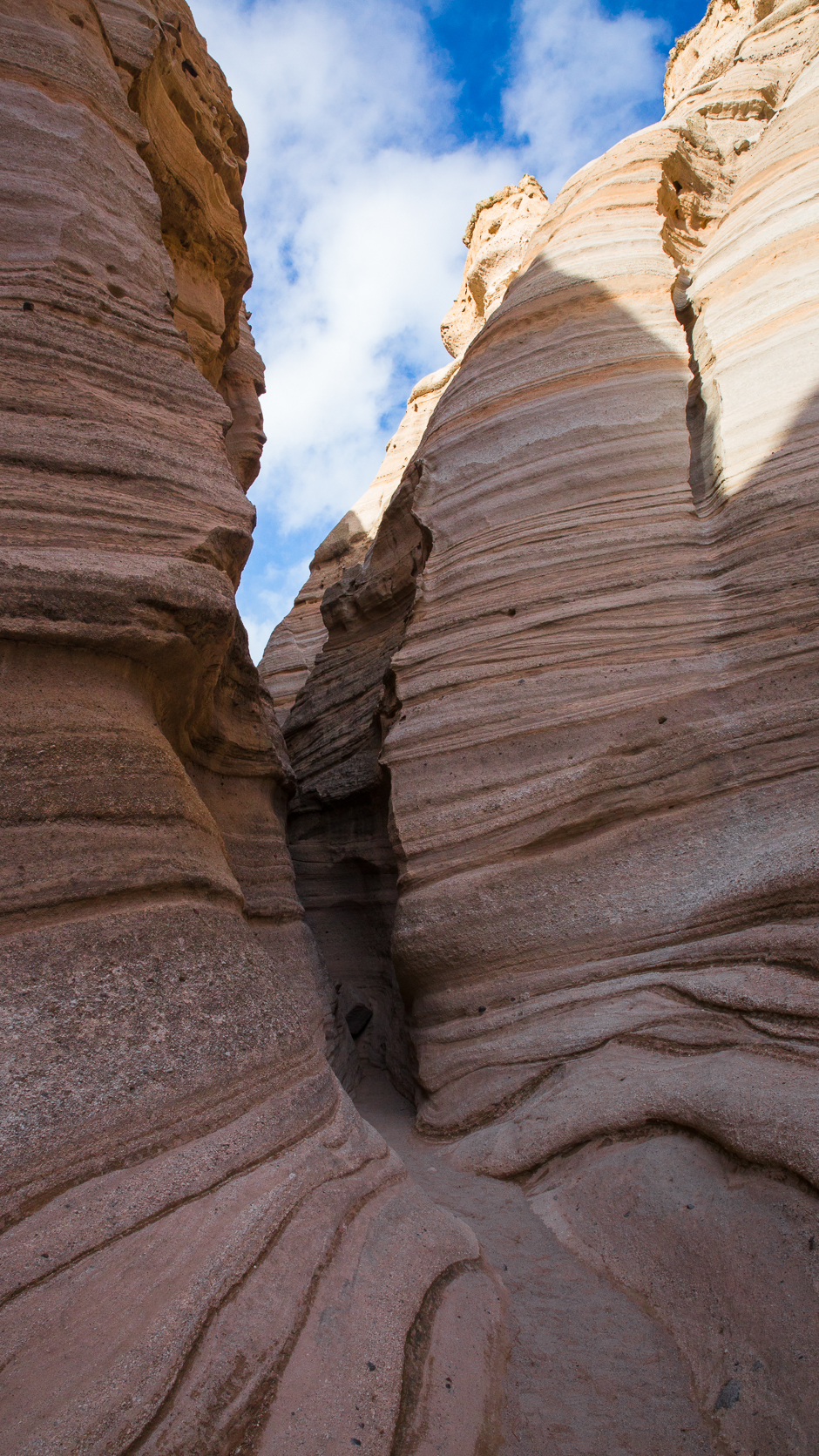 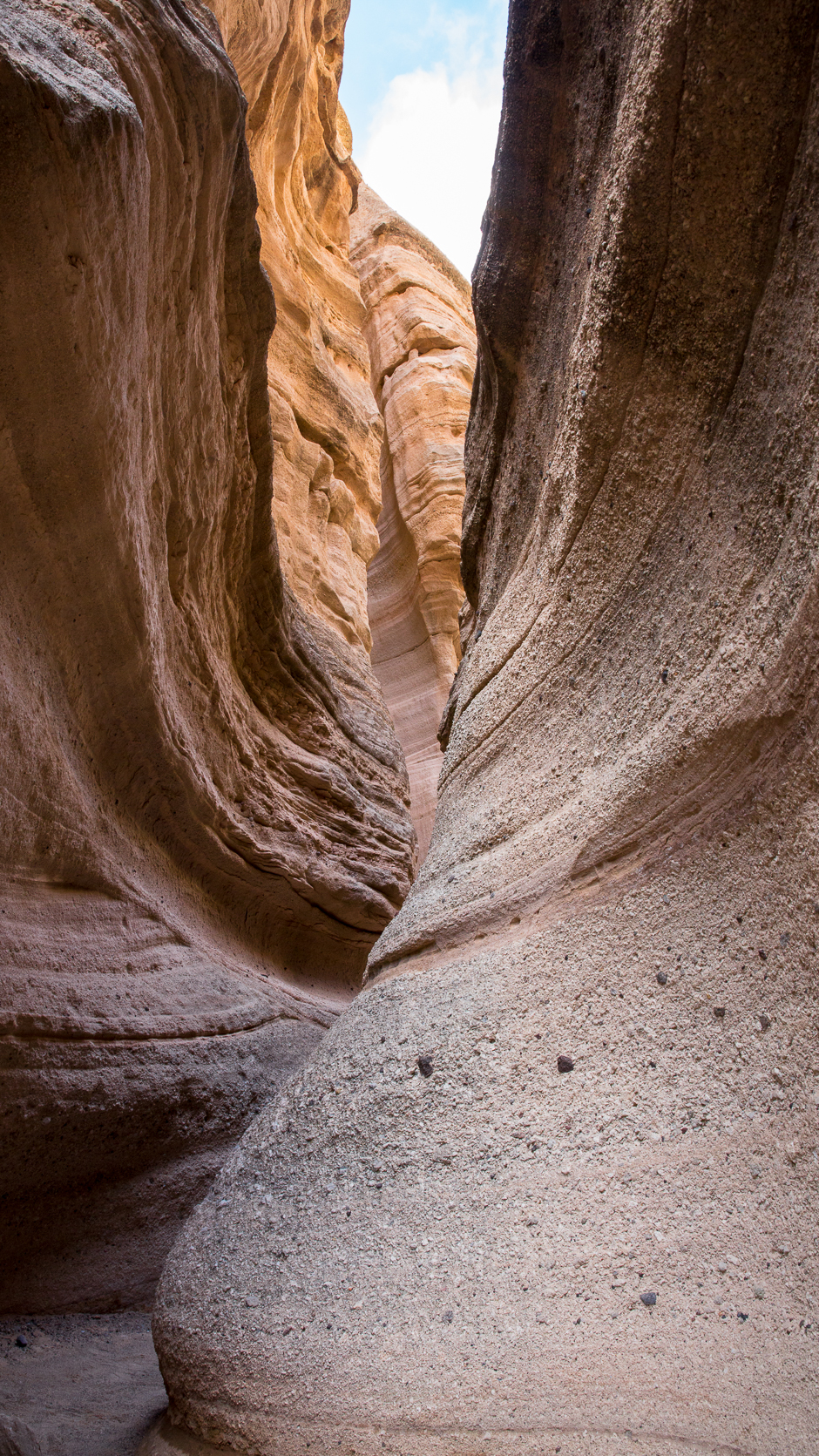 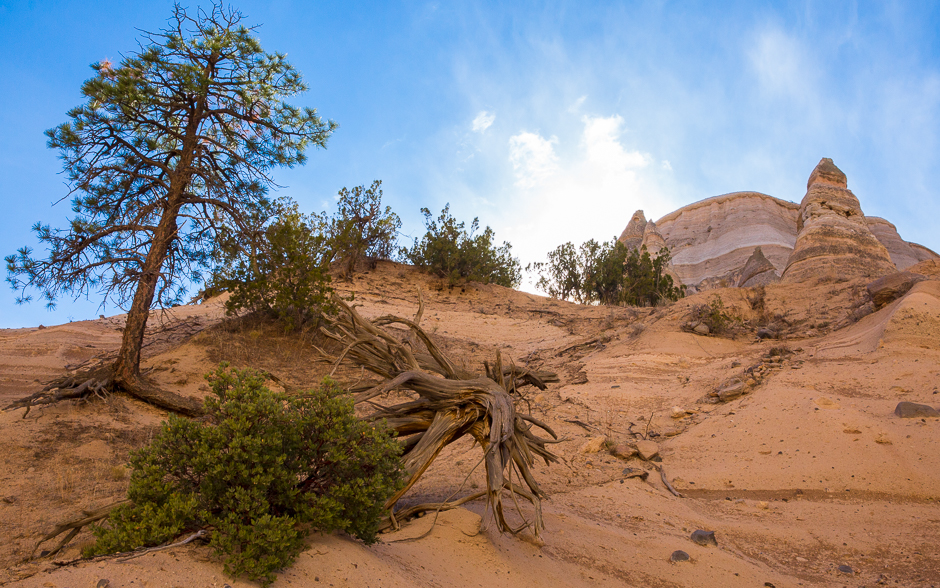 Precariously perched on many of the tapering hoodoos are boulder caps that protect the softer pumice and tuff below.

Some tents have lost their hard, resistant caprocks and are disintegrating.

While fairly uniform in shape, the tent rock formations vary in height from a few feet to 90 feet. 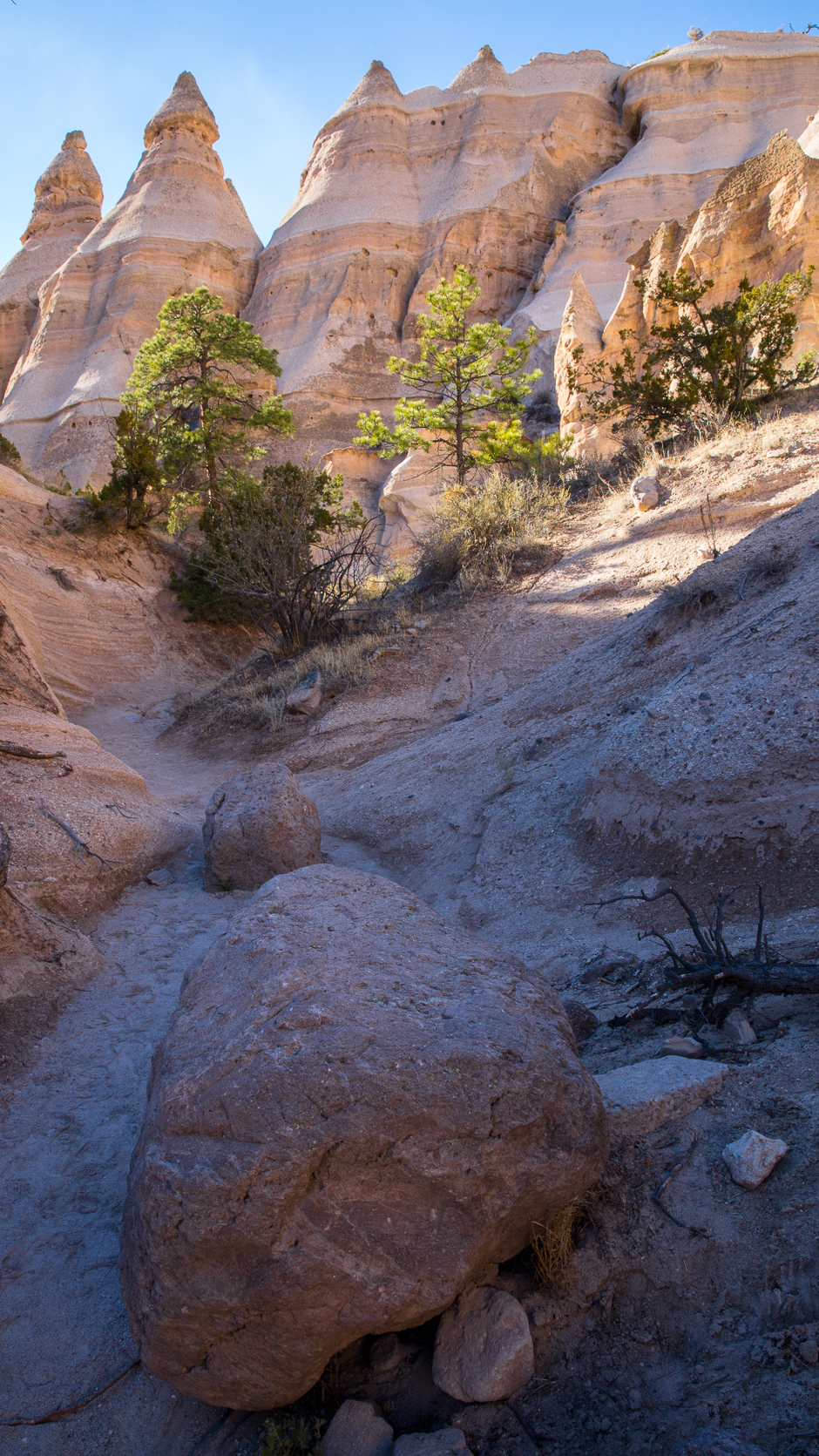 As the result of uniform layering of volcanic material, bands of grey are interspersed with beige and pink-colored rock along the cliff face.

Over time, wind and water cut into these deposits creating canyons and arroyos, scooping holes in the rock, and contouring the ends of small, inward ravines into smooth semi-circles. 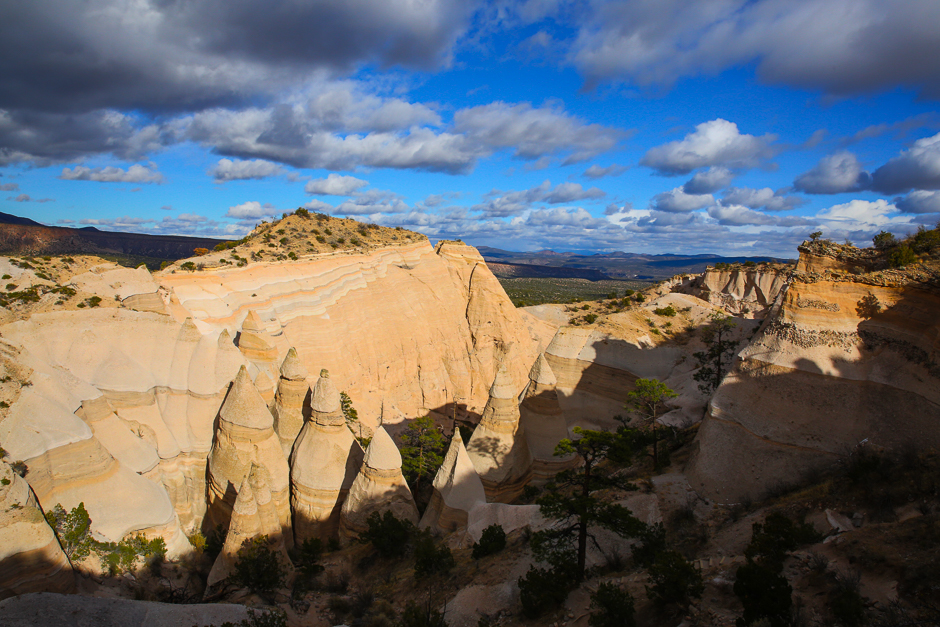 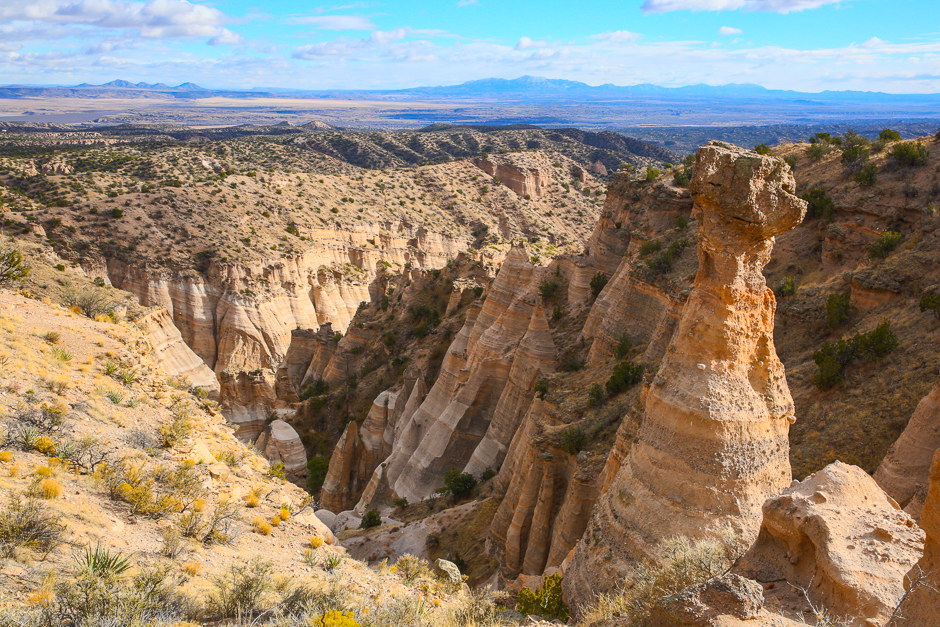 During the 14th and 15th centuries, several large ancestral pueblos were established and their descendants, the Pueblo de Cochiti, still inhabit the surrounding area. 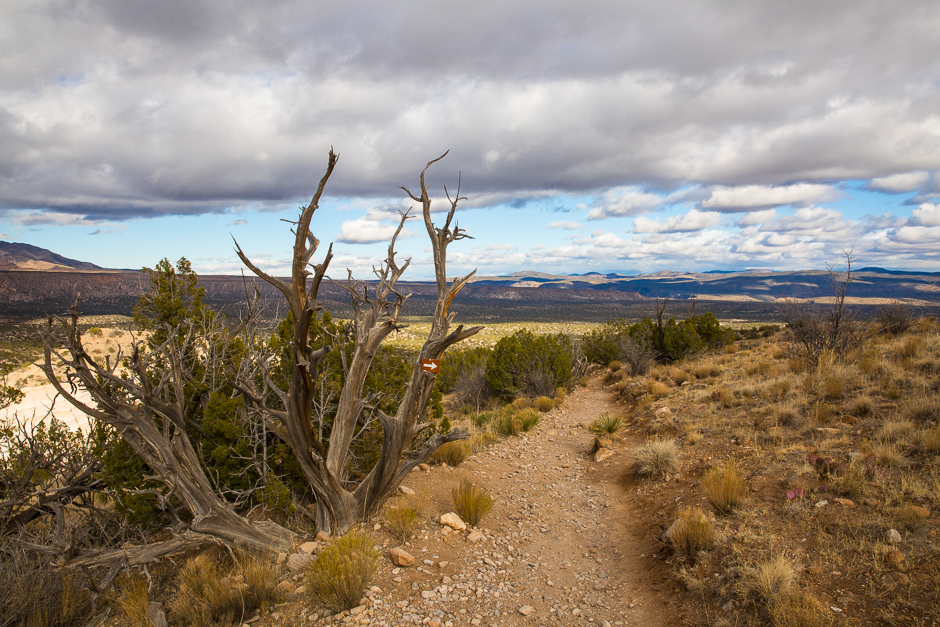 In 1540, the Spanish explorer Francisco Vasquez de Coronado made mention of the Pueblo de Cochiti in their diaries.

Throughout the 17th century, settlers would follow Juan de Oñate’s route along the Rio Grande Valley, bringing trade, farming and domestic animals, and claiming land grants from the Spanish Crown. 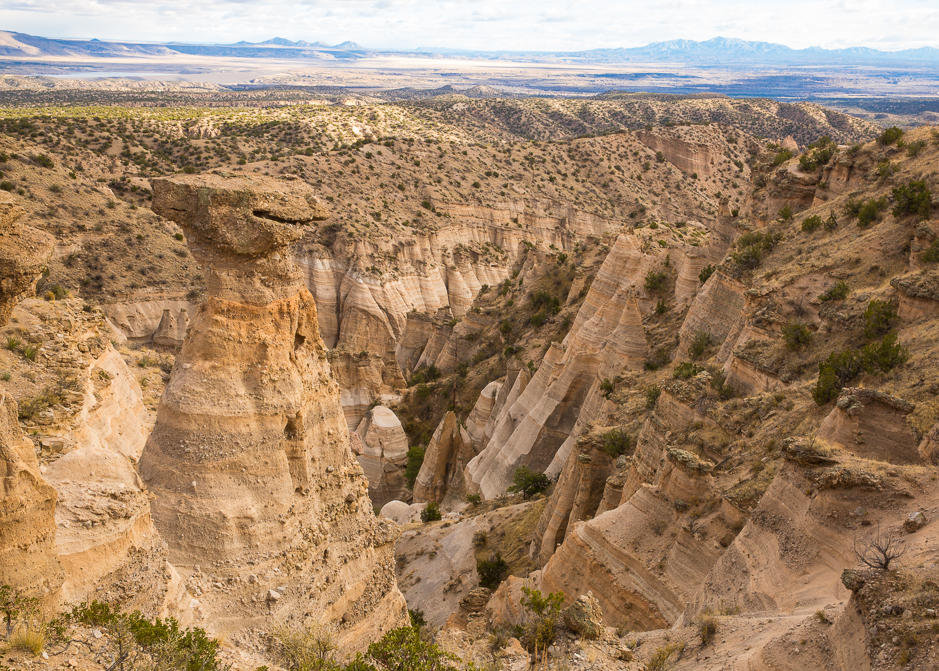 In 1680, the Cochiti people joined other pueblos in a rebellion that drove the Spaniards south to El Paso, Texas.

By 1870, iron rails stretched into the territory of New Mexico bringing loggers, miners and others to enjoy its rich natural resources. 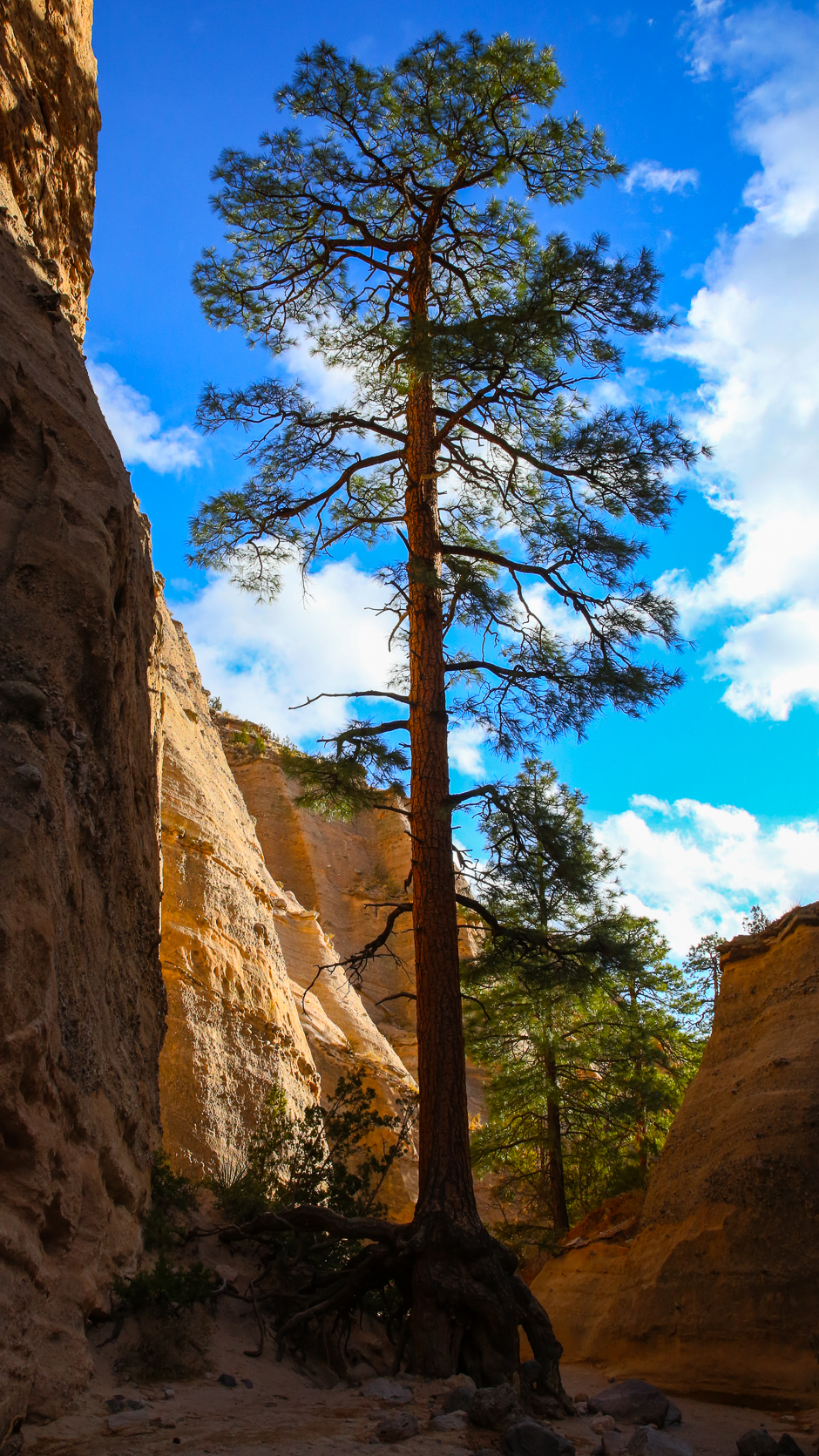