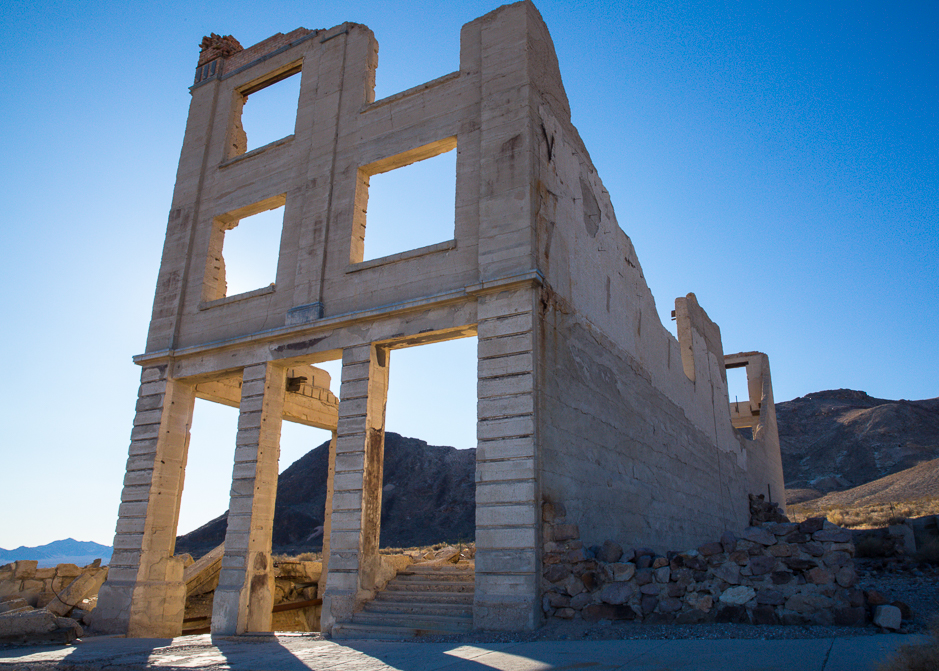 Four story building in the center of town.

The second floor was Dr. Jewett’s Office and the basement was the Rhyolite Post Office. 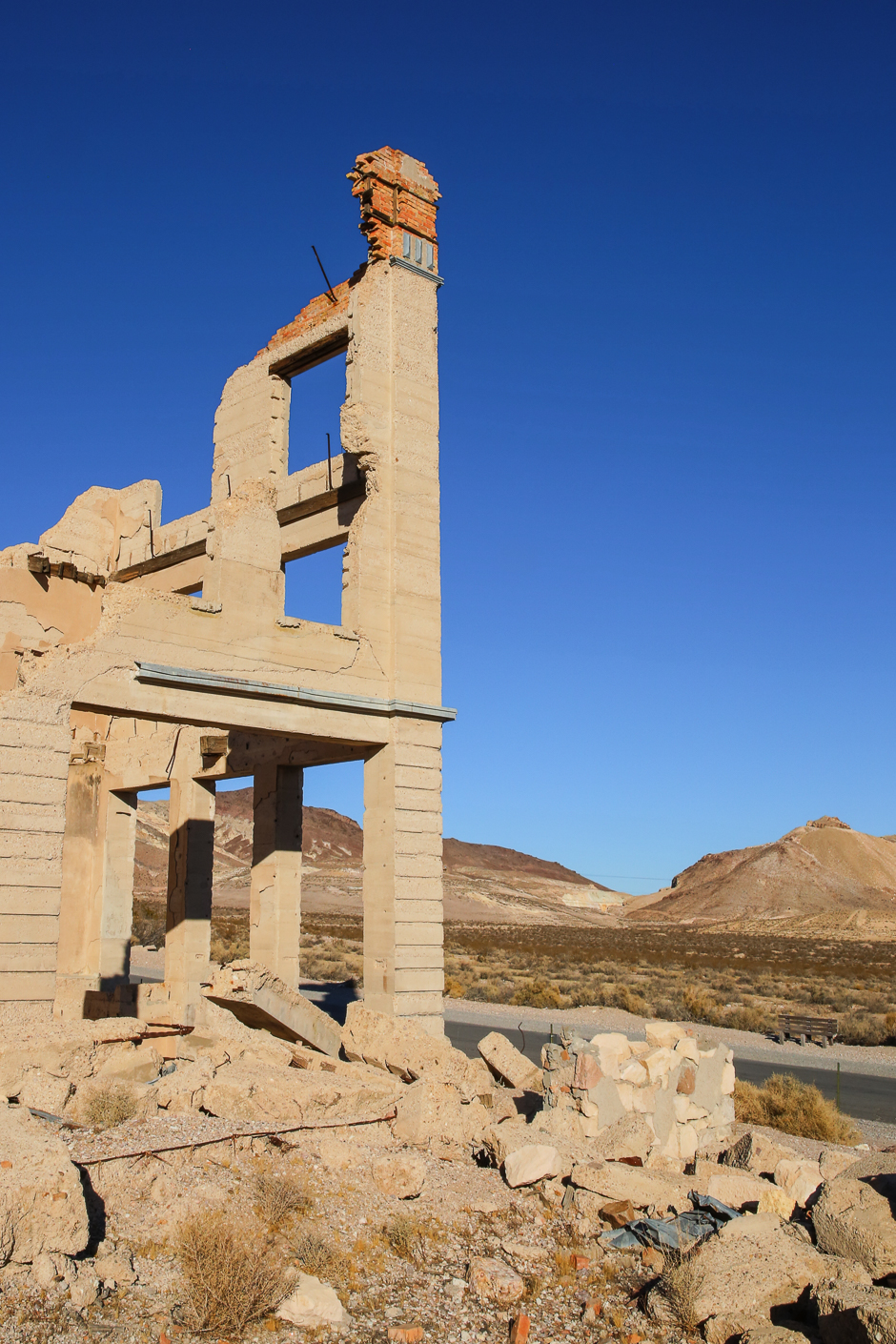 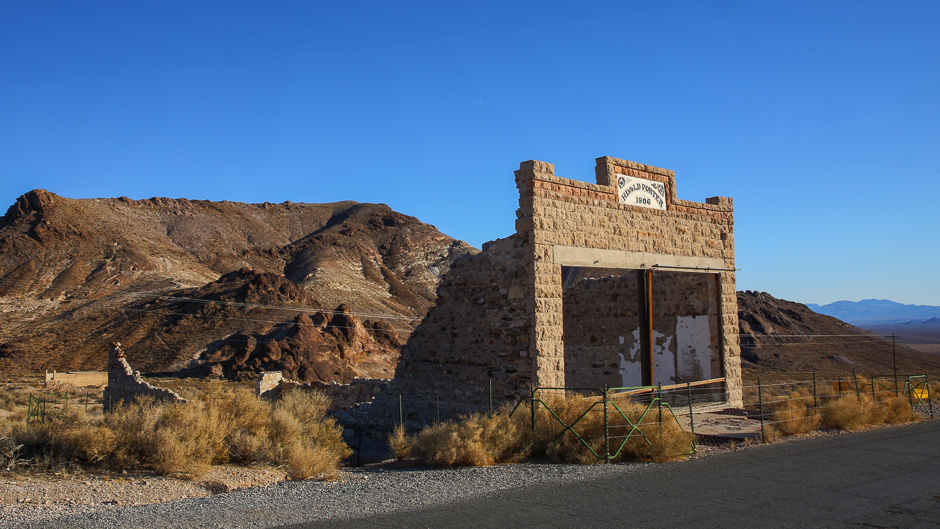 HD & LD Porter Mercantile across and just down the main street from the John S. Cook & Co. Bank 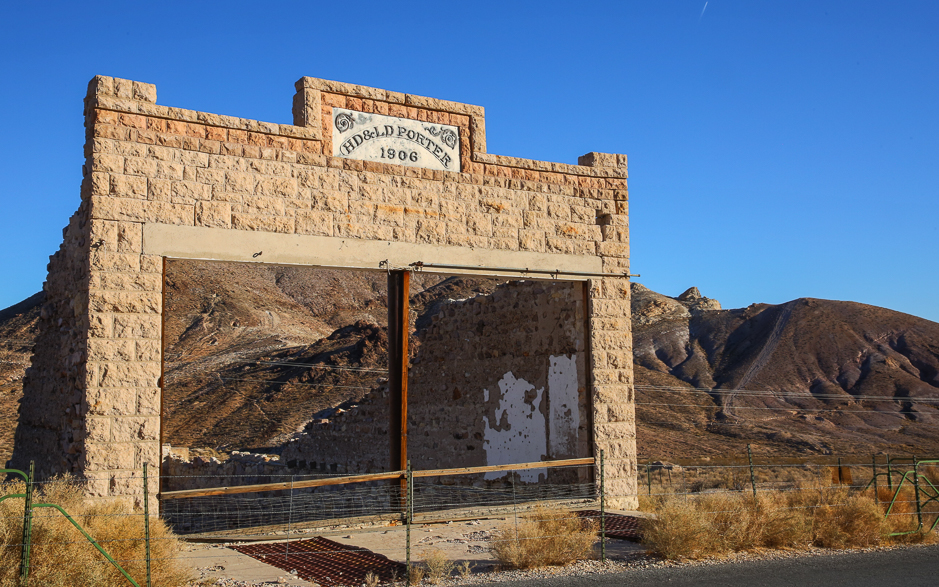 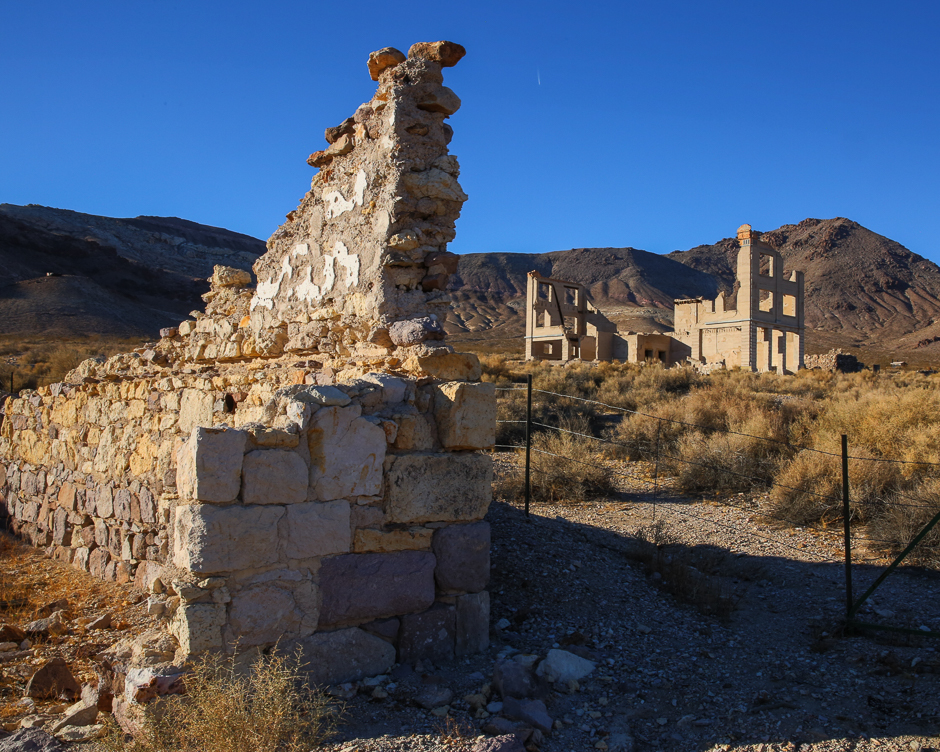 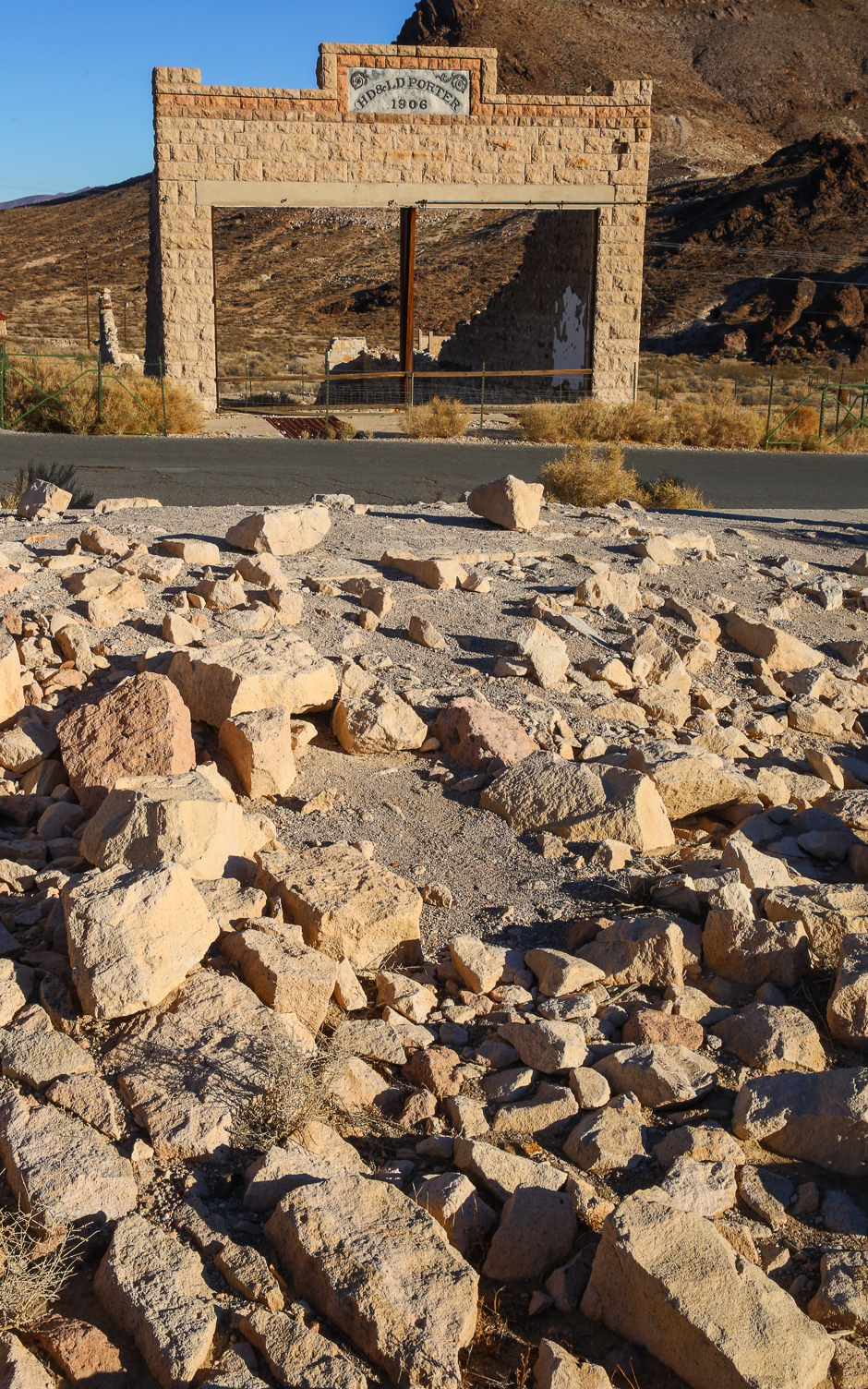 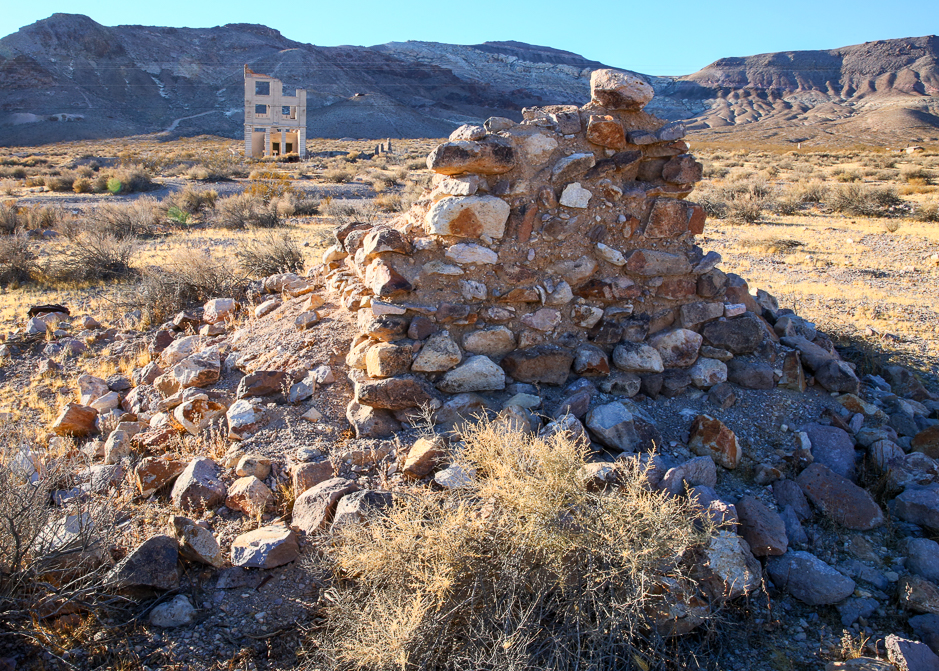 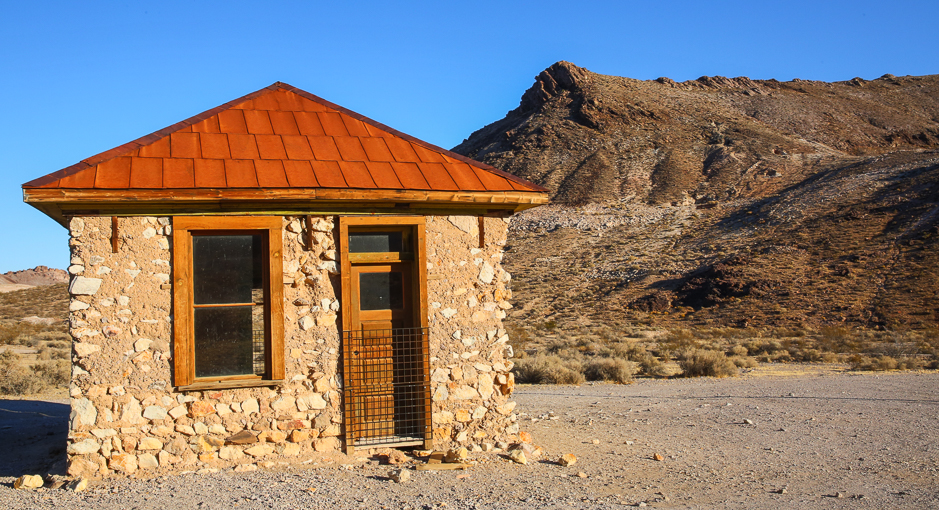 Semi-restored and now protected from the overly-inquisitive-no-acquisitive-amongst-us, a Rhyolite residential building. 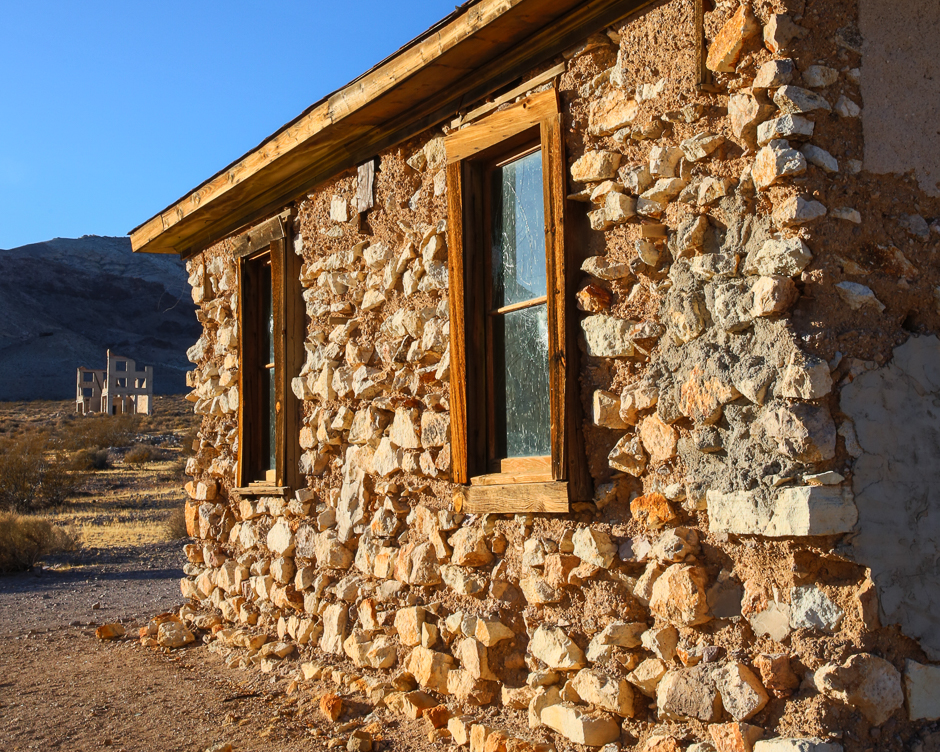 Looking up through town from the restored residential building to the John S. Cook & Co. Bank in Rhyolite’s business center. 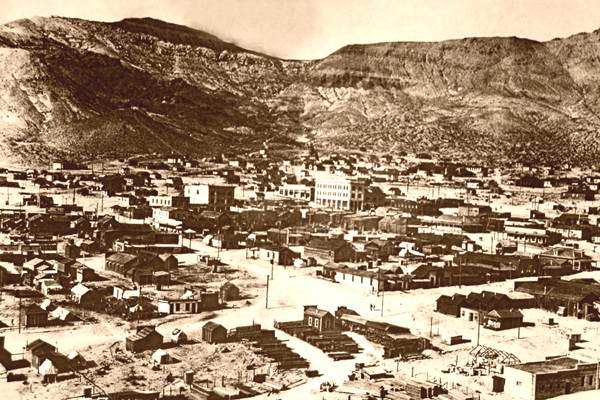 Rhyolite, Nevada and the Bullfrog Hills, 1909 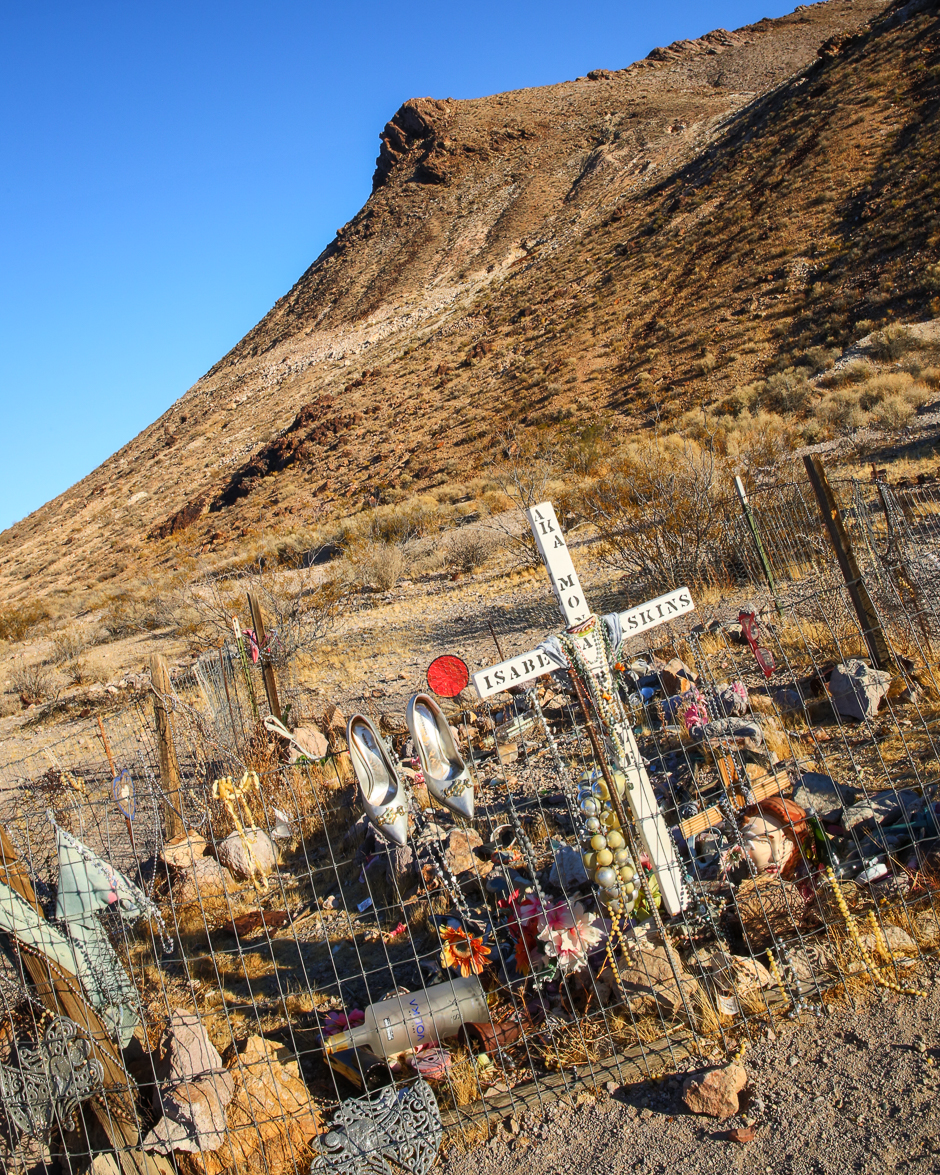 Just down the street from the residential building and near the jail house, the grave of Mona Bell.

Mona Bell was a young prostitute who’d been killed by her pimp. The respectable women of Rhyolite refused to allow her to be buried in the proper cemetery and so the miners, who loved her and grieved for her, dug this lonely grave out on the edge of town behind the red-light district. Before they consigned her to the earth, they carried her through the streets in a parade.

There is a story, legend buried here. Not sure which is more interesting the truth or the legend: Part 1 and Part 2

Looking up through town to the mercantile and bank buildings in the town business center. 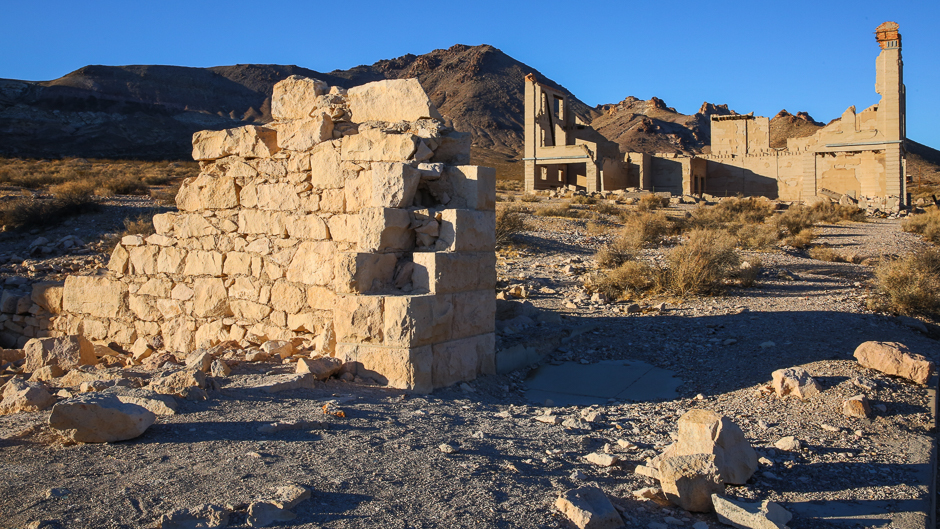 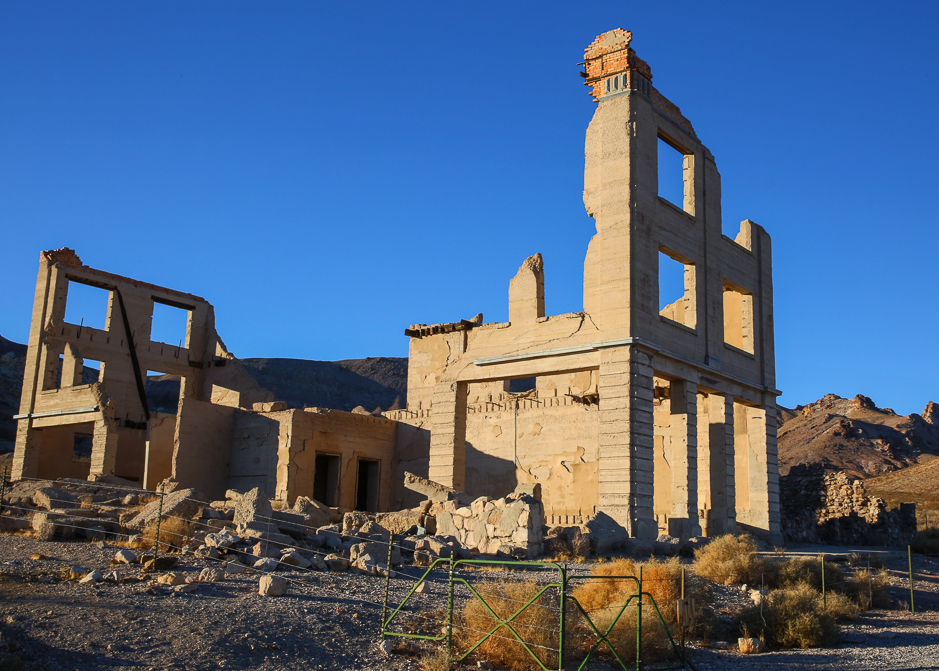 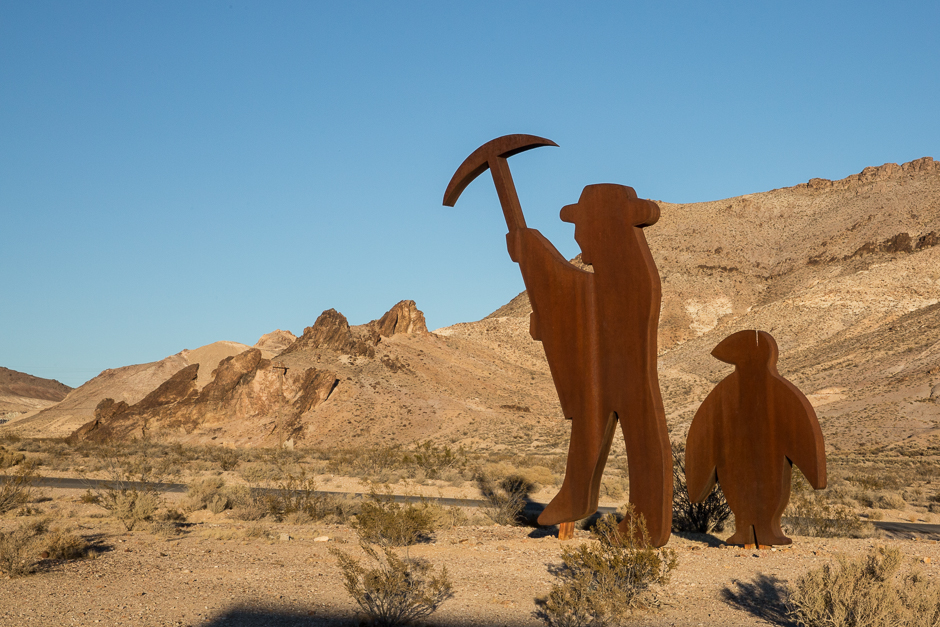 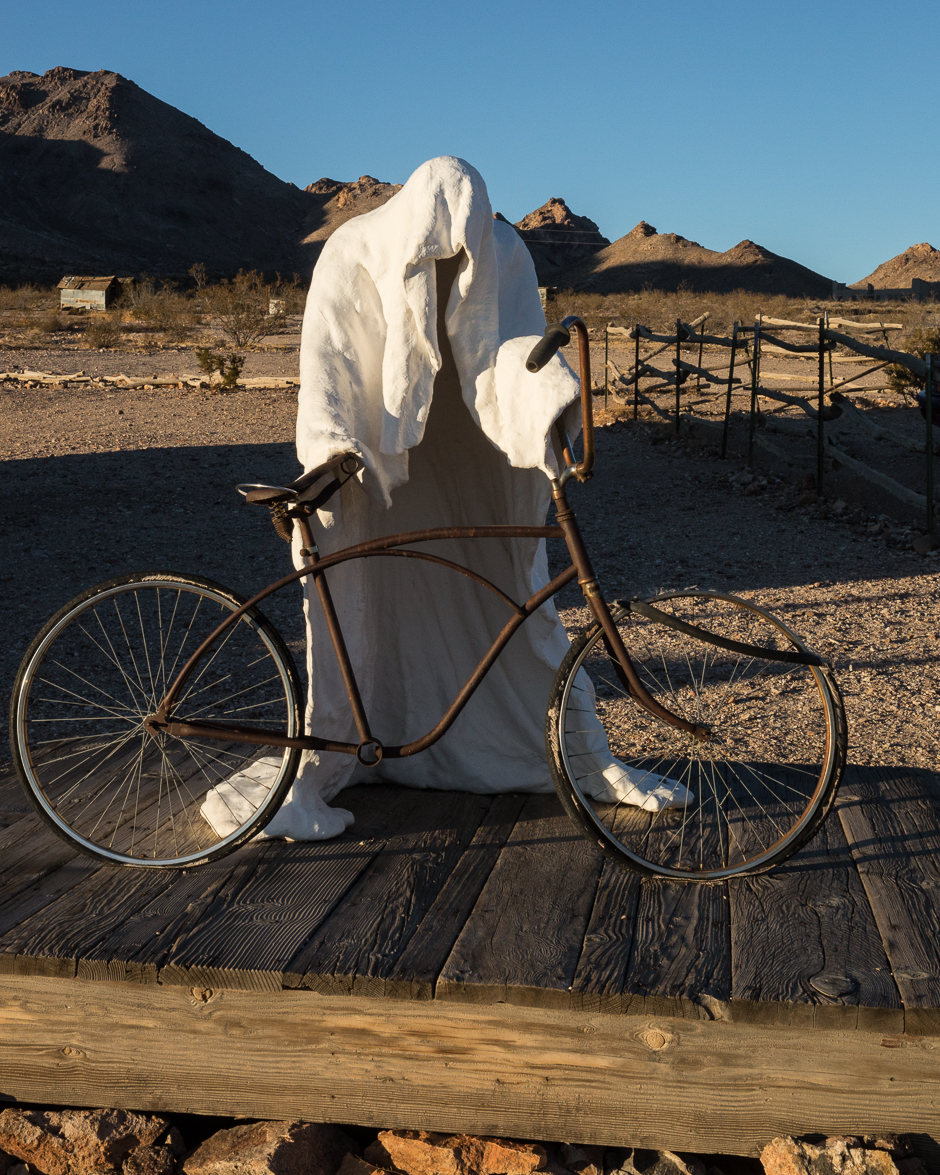 Part of the Goldwell Open Air Museum, a number of weird and bizarre works of art strewn around this ghost town.