Hallway Arches  At the California Tower and the West Gate 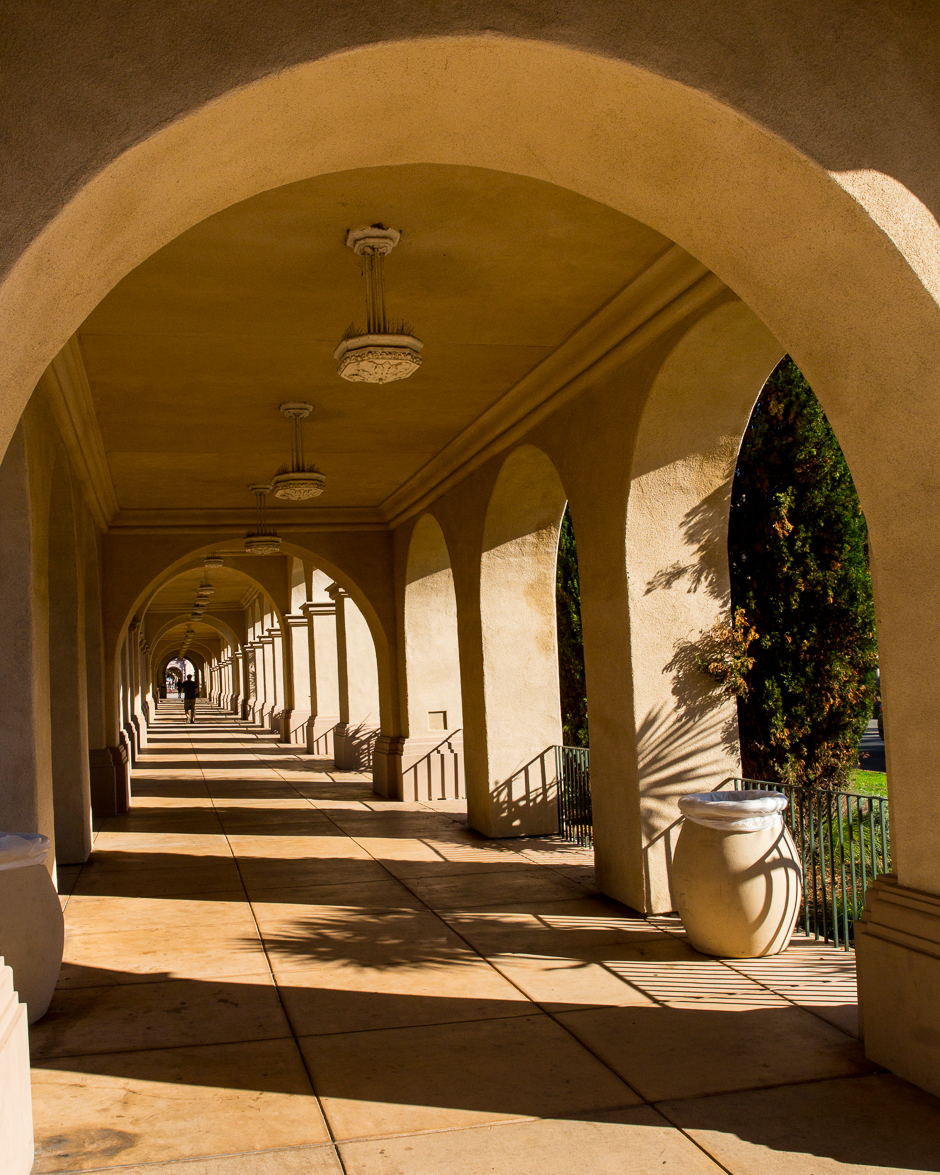 “Except for the Organ Pavilion, the buildings of the Plaza de California were the only exposition buildings built to be permanent.” 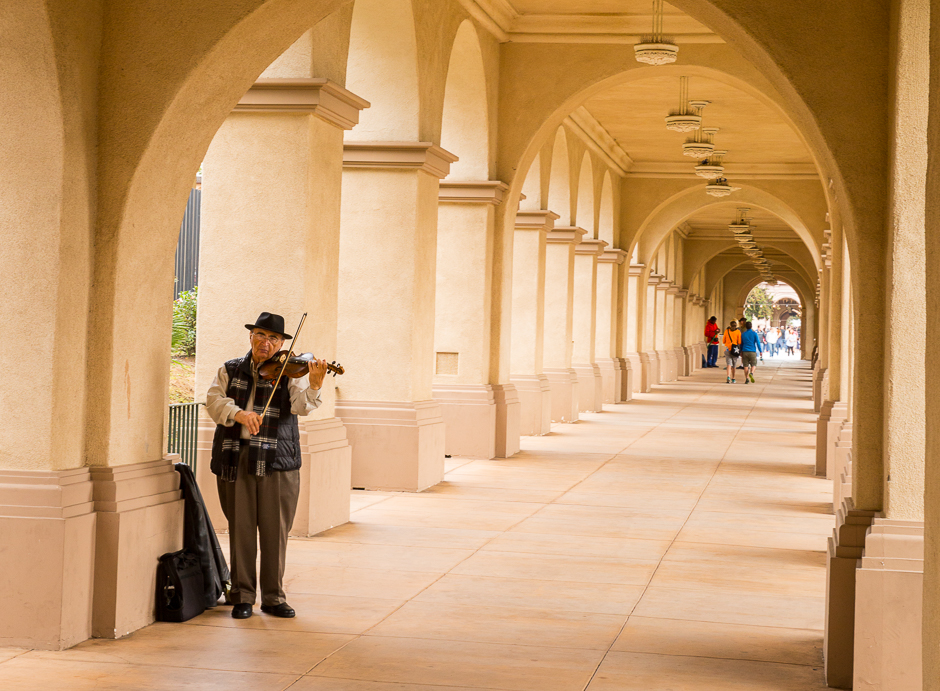 “The architectural effect is intended to suggest the Spanish city of Toledo, which also has a long bridge leading to a low entrance gate.” 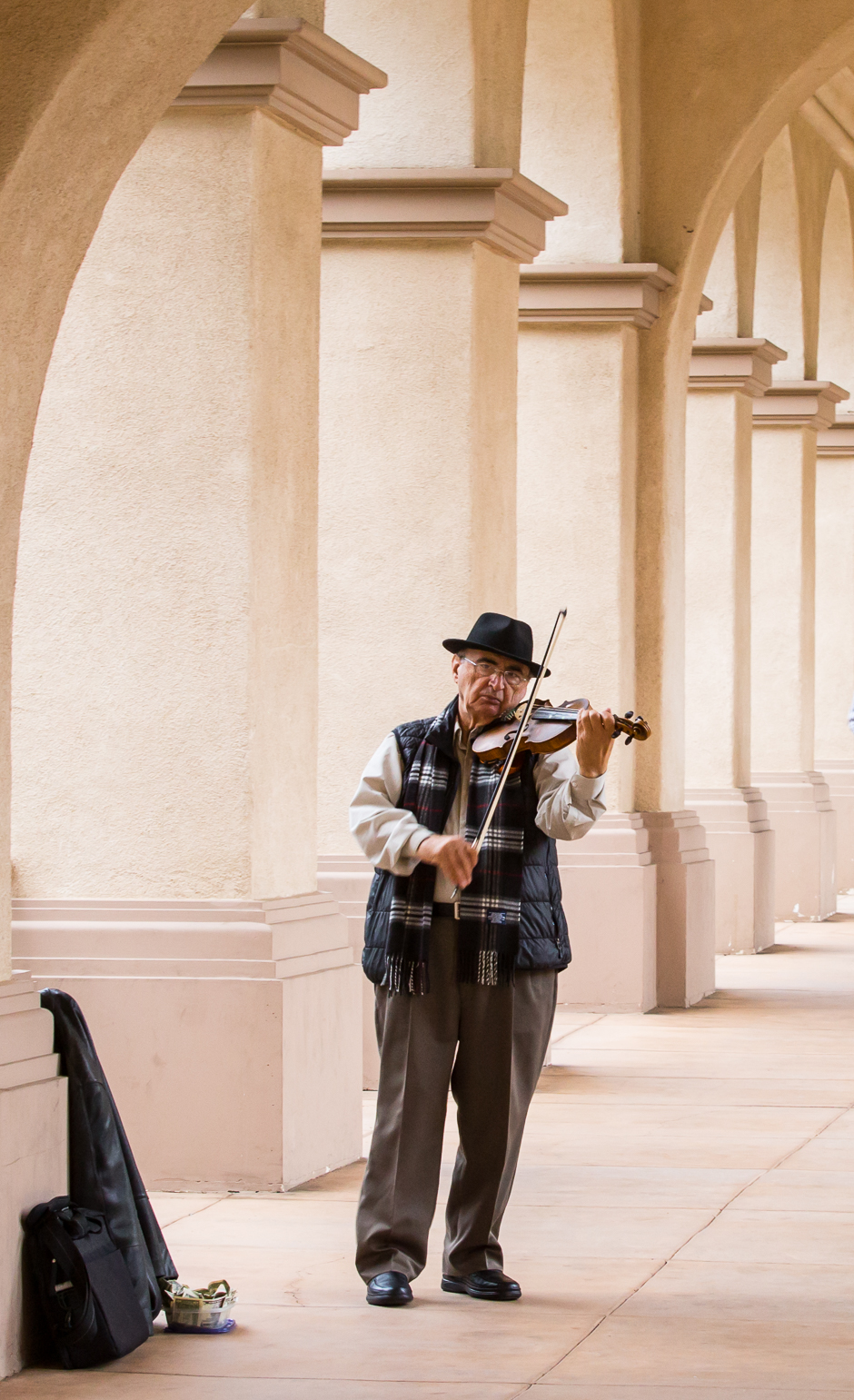 Isolate the Busker and You Have Something Special