Largest Known Structure of the Ancestral People of the Sonoran Desert 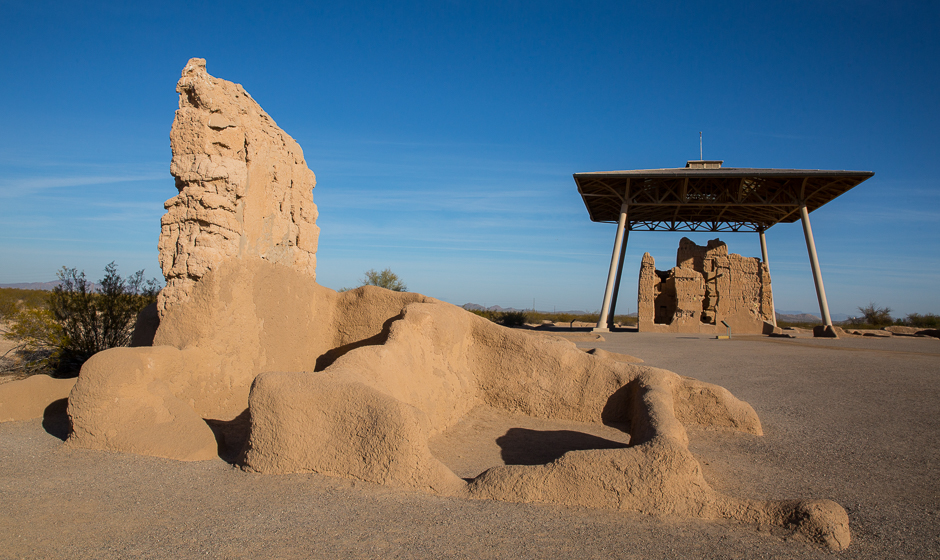 it is the largest known structure of the Ancestral People of the Sonoran Desert.

The early Spanish explorers named it well – Casa Grande (Great House) – and to them it was a mystery.” 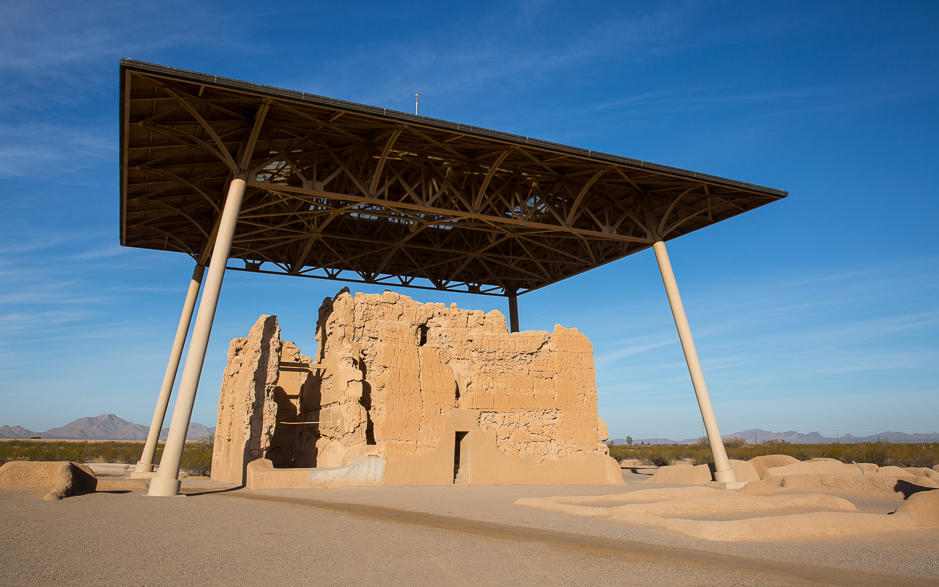 “Its walls face the four cardinal points of the compass.

A circular hole in the upper west wall aligns with the setting sun at the summer solstice.

Other openings align with the sun and moon at specific times.

To irrigate their fields, villages cooperated to build and manage vast canal systems that diverted water from the rivers.” 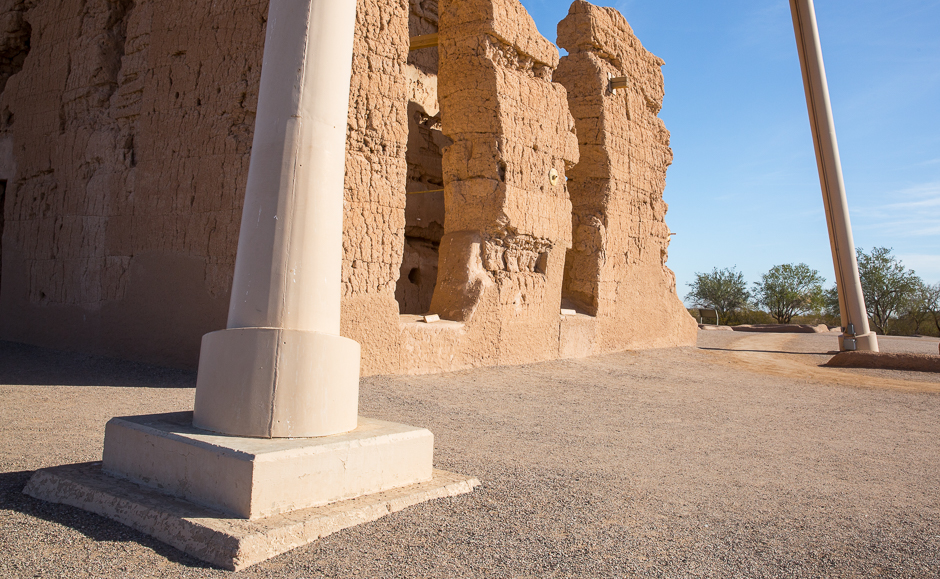 To flourish and produce the desert was irrigated then as it is irrigated now.

Some of the same canal corridors are in use today.