Having found ourselves in Marathon, Texas thanks to a piece of serendipity (the optimist’s take on some extremely bad luck) we set about exploring the Texas frontier ranching and railroad town: a small way station on the Southern Pacific Railway. The railroad turned Marathon into a shipping and supply point for area ranchers. The Circle Dot Ranch of the Halff brothers being the most well known.  As of the census of 2000, there were 455 people, 198 households and 126 families residing in Marathon. The 2010 census showed a population decrease to 430.

Small Texas town on the desert among the mountains with its share of very friendly people and out of the ordinary stuff. 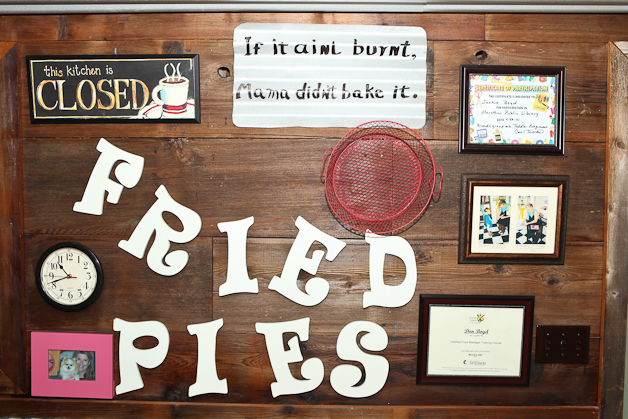 Our hunt for breakfast the day after we got into town led us to Don Boyd and the ‘Burnt Biscuit Bakery’. Don is a way interesting  individual retired from a number of hands-on professional positions. The first was with the Houston Chronicle right out of commercial art school doing all the color printing for that newspaper. Twenty odd years later Don retired and found himself relocated and working for Sul Ross University. He was the only soul in the area that could run the commercial cameras that they had on campus. Twenty odd years and a second retirement later, Don, having a past life tradesman’s appreciation for apprenticeships, apprentices himself to a baker by the name of Shirley in the West Texas town of Marathon. Don emerges from that late in life apprenticeship to Shirley and a number of years later he owns and runs the bakery and coffee house, Burnt Biscuit Bakery, on Highway 90 in Marathon, Texas.

Shirley was known for her ‘fried pies’: fruit filled pastry turnovers dusted with sugar. Don has improved on Shirley’s original and subjects them to his exacting tradesman standards which makes them ‘oh, so good!’  The Burnt Biscuit Bakery offers other goodies as well but are known for their ‘fried pies’. 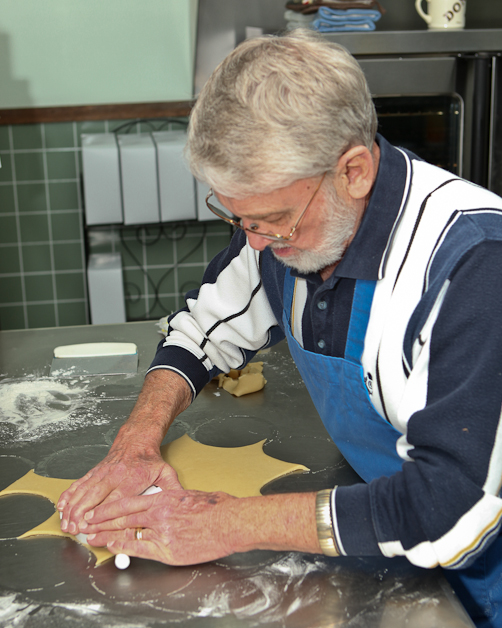 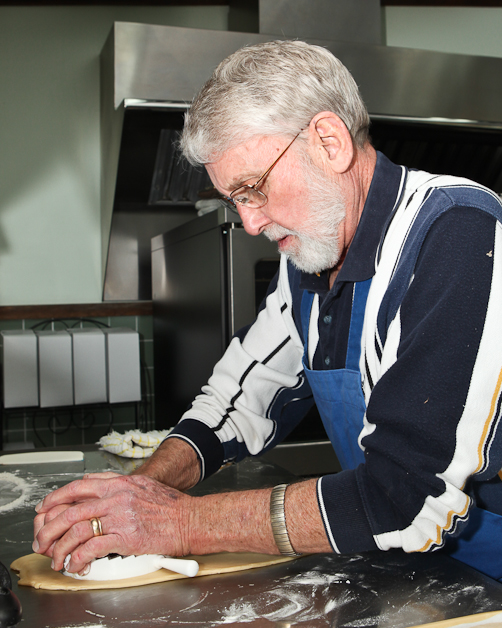 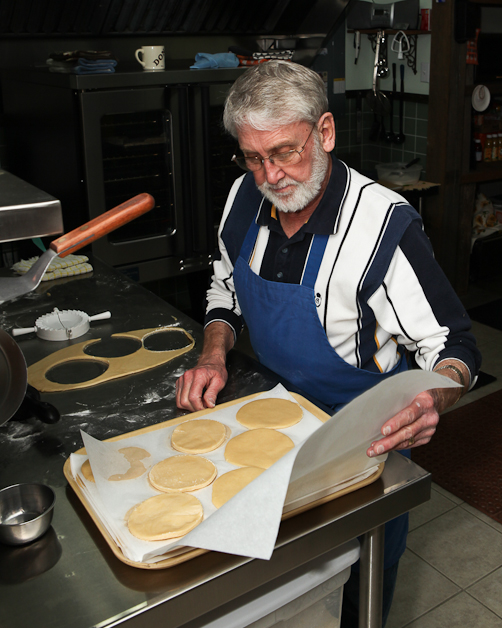 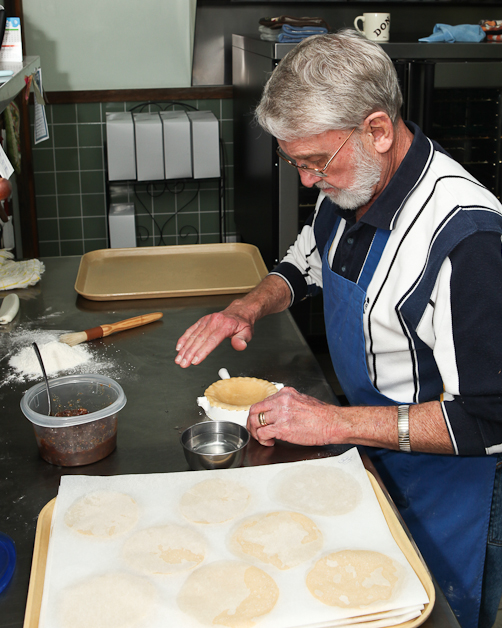 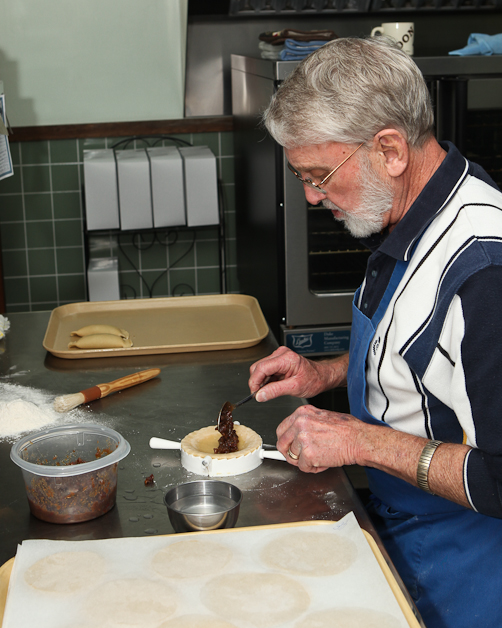 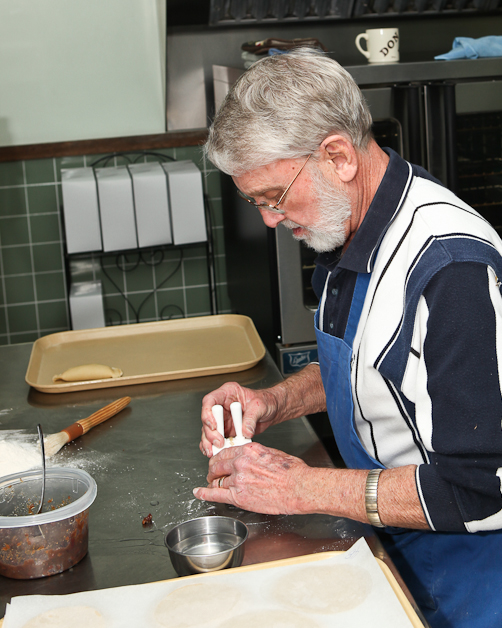 My Dad would have been in ‘7th Heaven’. 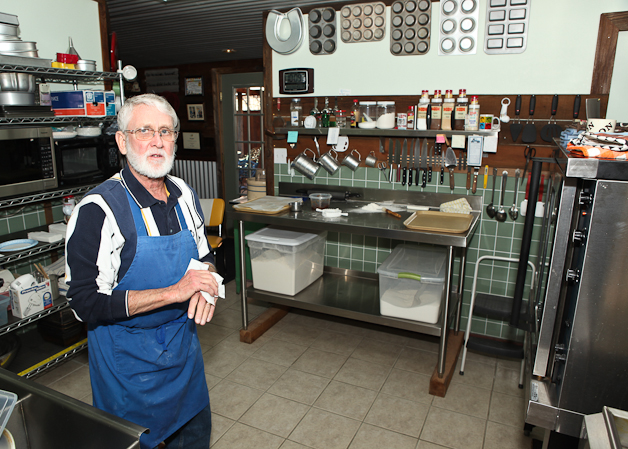 Don’s bakery built to his specifications. 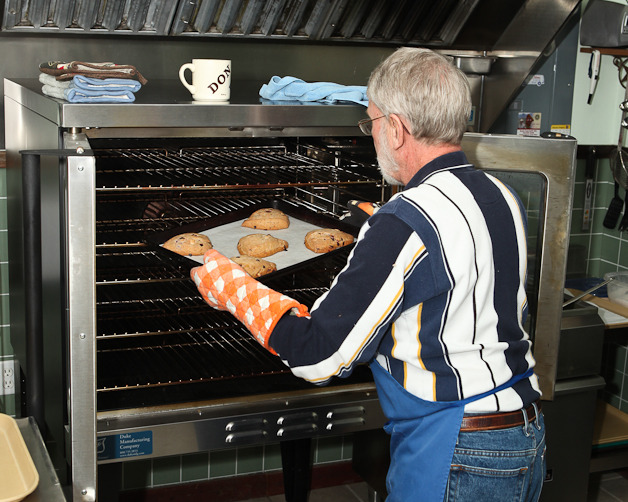 Scones out of the oven. 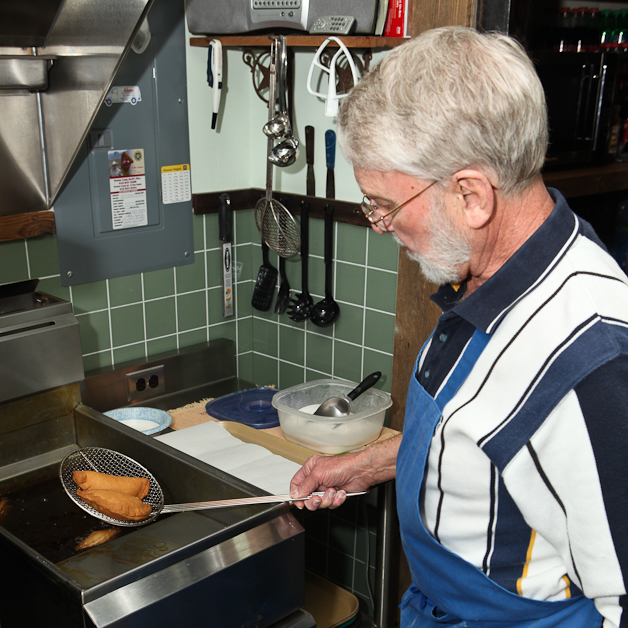 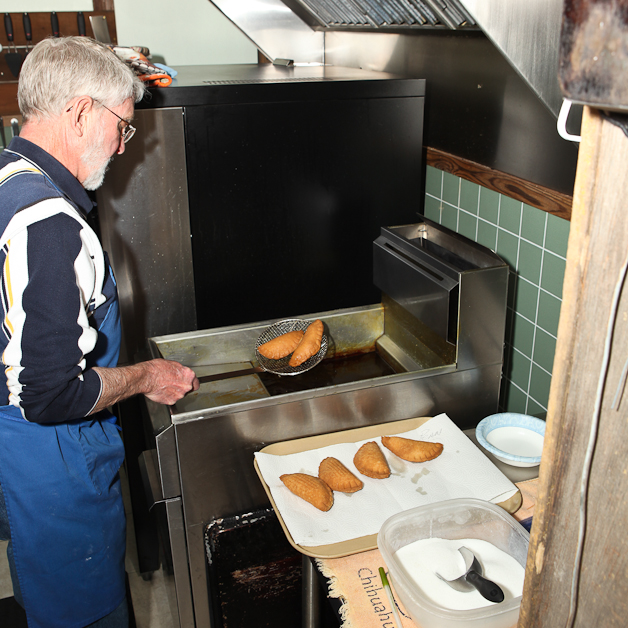 ‘Fried Pies’ coming out of the fryer. 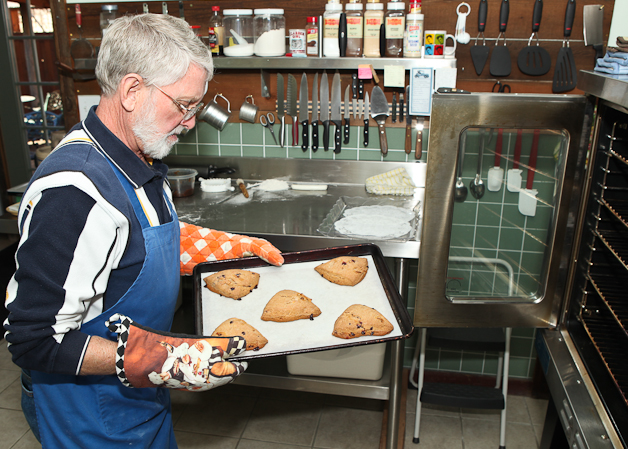 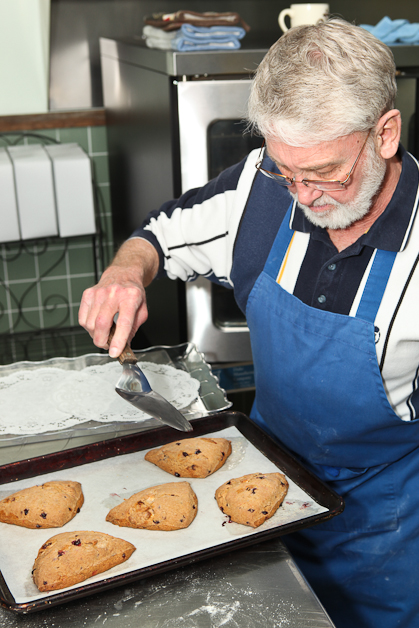 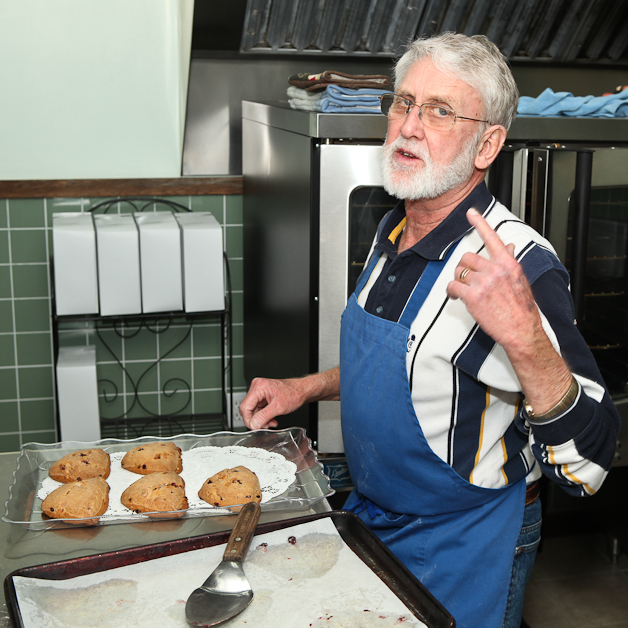 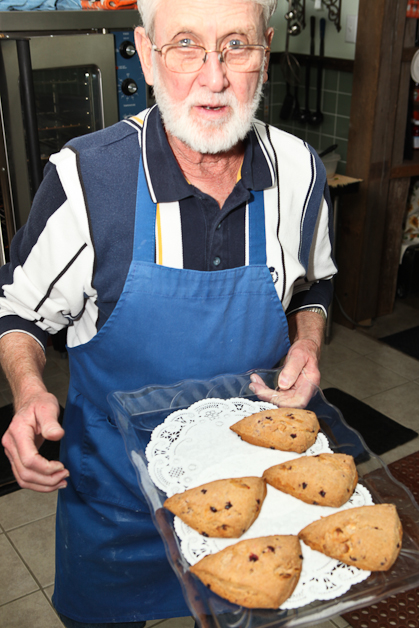 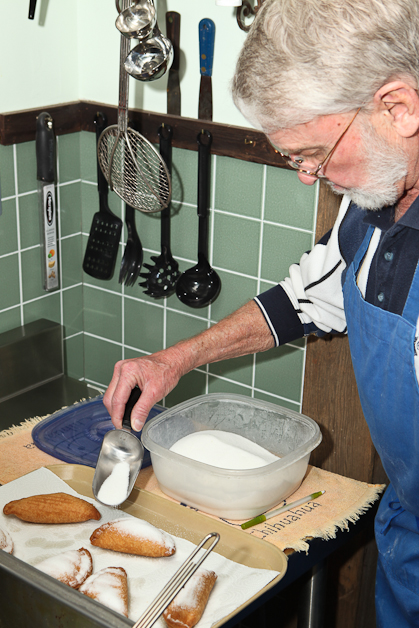 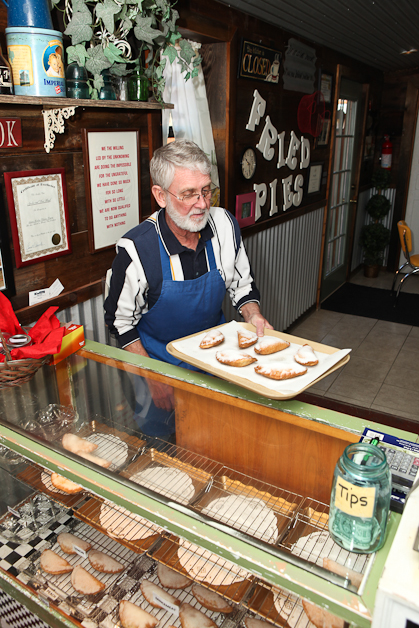 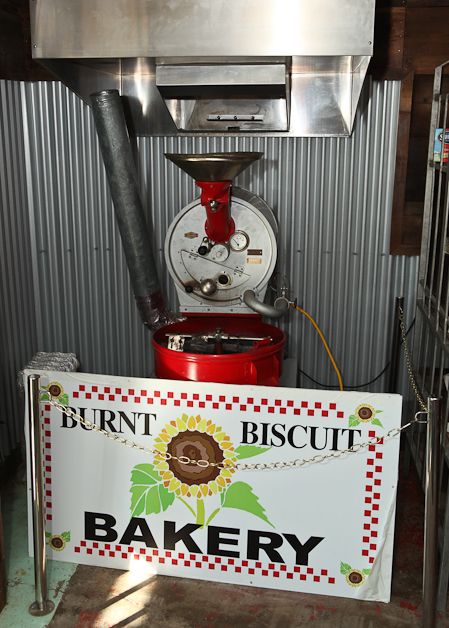 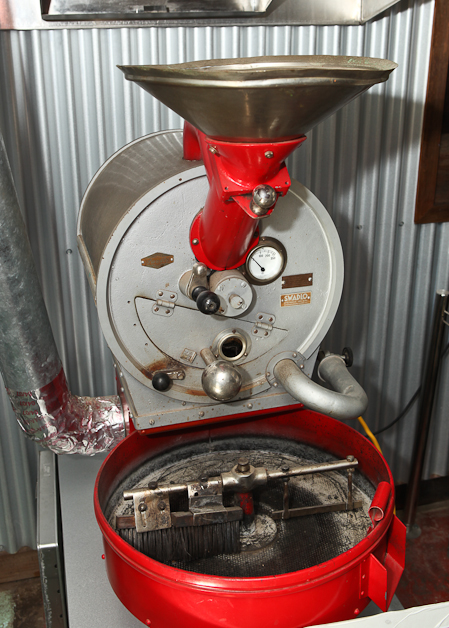 A classic coffee roaster made in Germany and located in Mexico.

Next up Minced  Meat Fried Pies.

An acquired taste if you ask me. 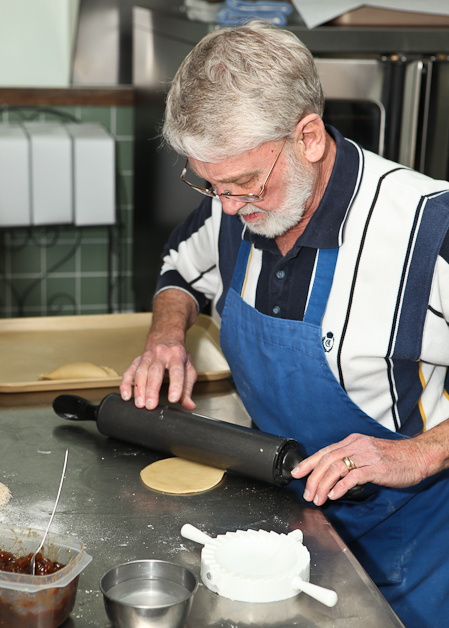 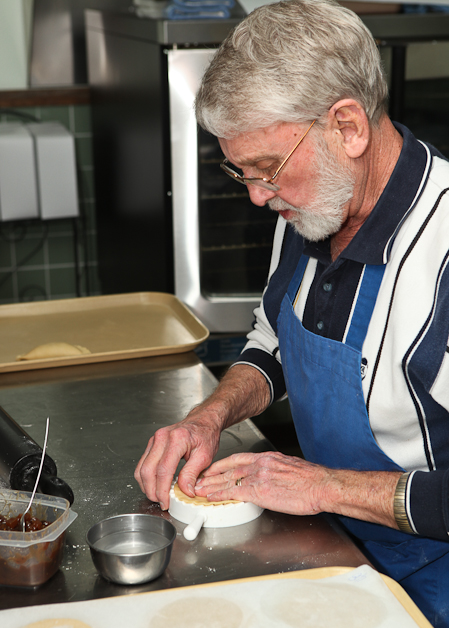 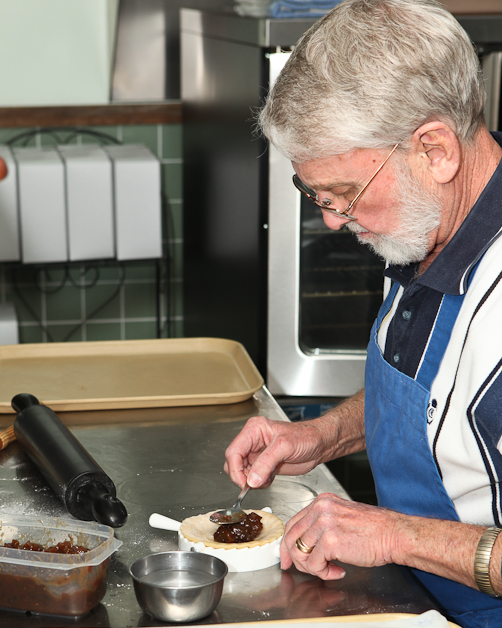 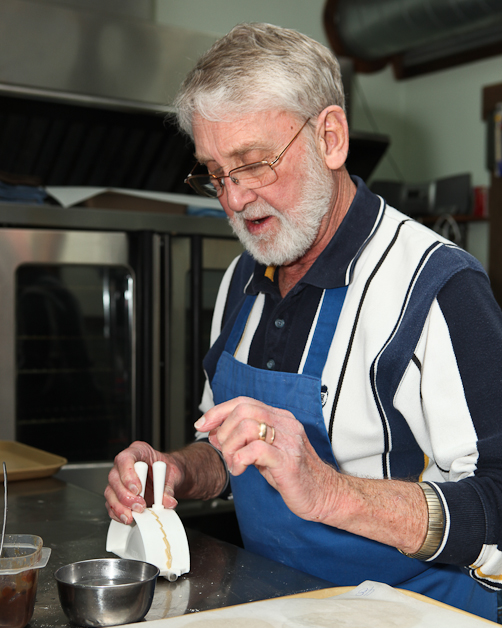 Check out the Burnt Biscuit Bakery the next time you are in Marathon, Texas.

You won’t be disappointed.

Be quick about it though, at age 71 Don is looking to retire for the third time.