This is the State of Louisiana.

The State of Louisiana and the Marine-Coastal Oil/Gas/Energy Industry have a back scratching relationship. One that does not always result in balance where Nature is concerned.

I missed the Illinois Plant Road turn off.  A heavy duty tractor-trailor tanker truck was pulling out. The signage referenced the Lacassine energy company and something about side roads being private. My lack of Louisiana back-country awareness had me mentally checking that off as not being a NWR access road. Wrong. After finding my way back I drove down the black-top-going-to-gravel Illinois Plant Road passing marshland that had been drained for large scale agriculture, with oil and gas installations along the way and on the horizon.

A National Wildlife Refuge and the oil and gas industry side by each, one dominating yet allowing the other.

I guess it is better than nothing. The birds gave no indication of being bothered other than by their diminished numbers.

The Lacassine Impoudment and Lacassine NWR in general has great marshland habitat and lots of it.  Raptors: lots of them, perched and hunting on the wing. Ducks and geese; but not the numbers I expected. On the lookout for spoonbills but disappointed. The wildlife at Cameron Prairie NWTR/Pintail Wildilfe Drive was less put off by activity on the road than the wildlife at Lacassine. A difference in the amount of exposure?

Snowy Egrets abounded for photography this day. Feeding behavior was on display. One bird in particular ran the gamut for me: the underwater wiggle-waggle of the yellow feet as bait and ‘strike’ to running across the top-growing mat of vegetation with wings spread driving his quarry out of hiding. 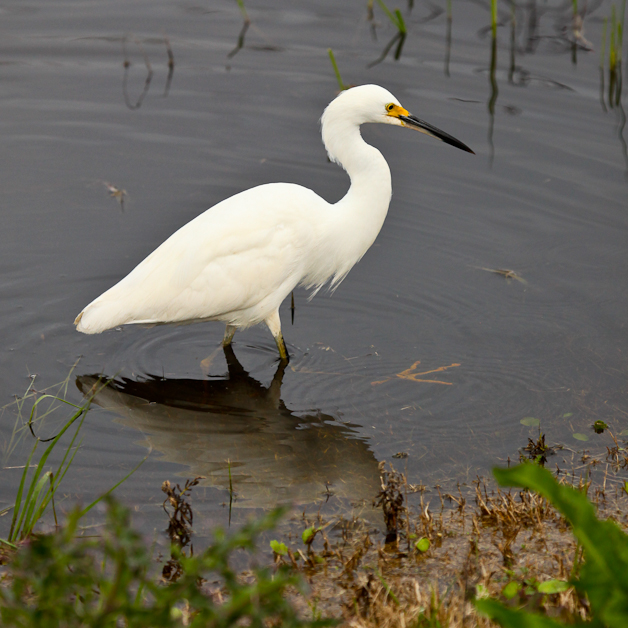 (Note the yellow foot out front underwater being wiggled around as bait!)\ 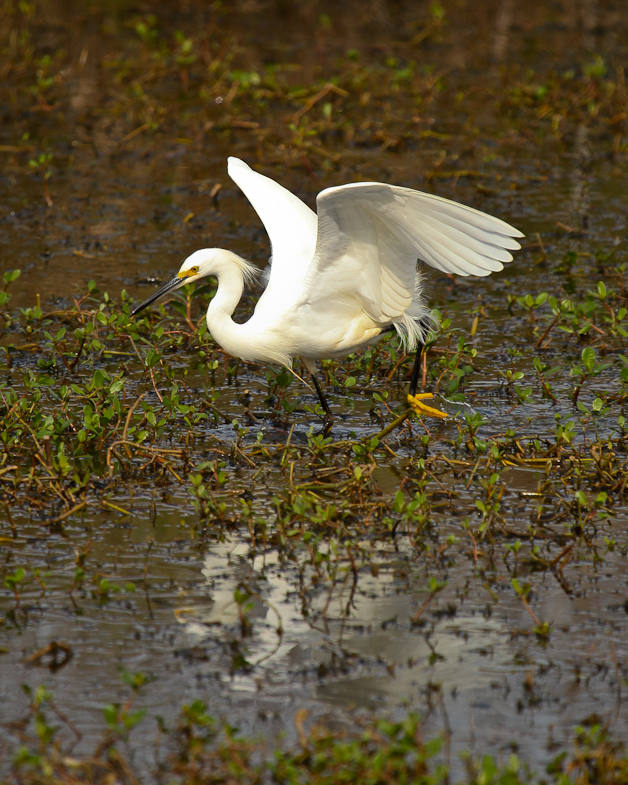 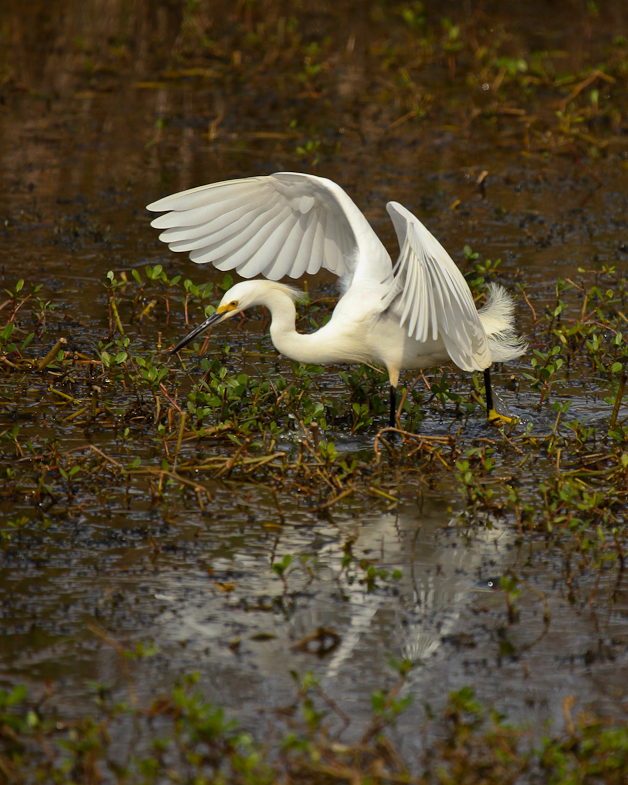 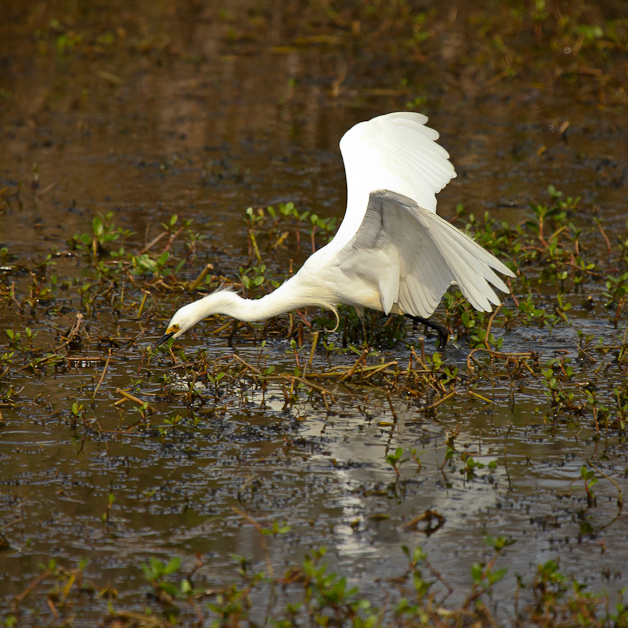 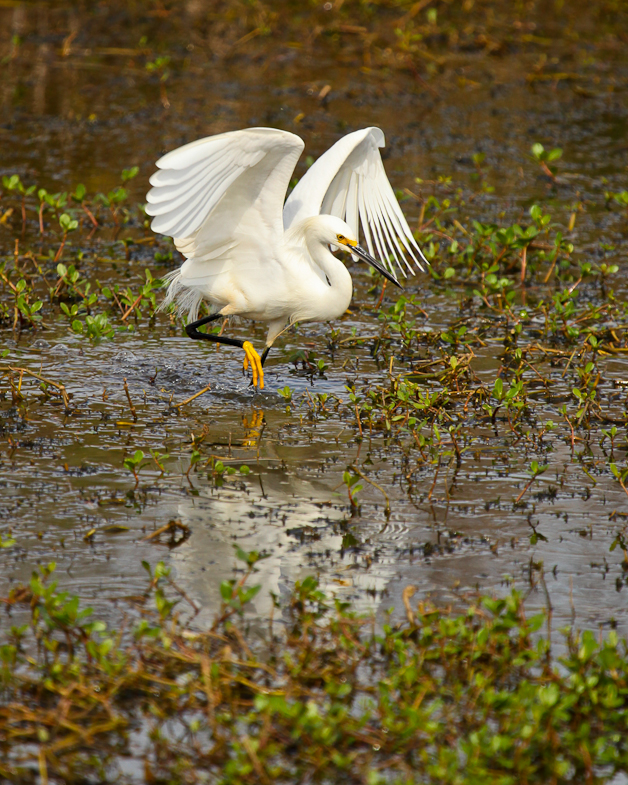 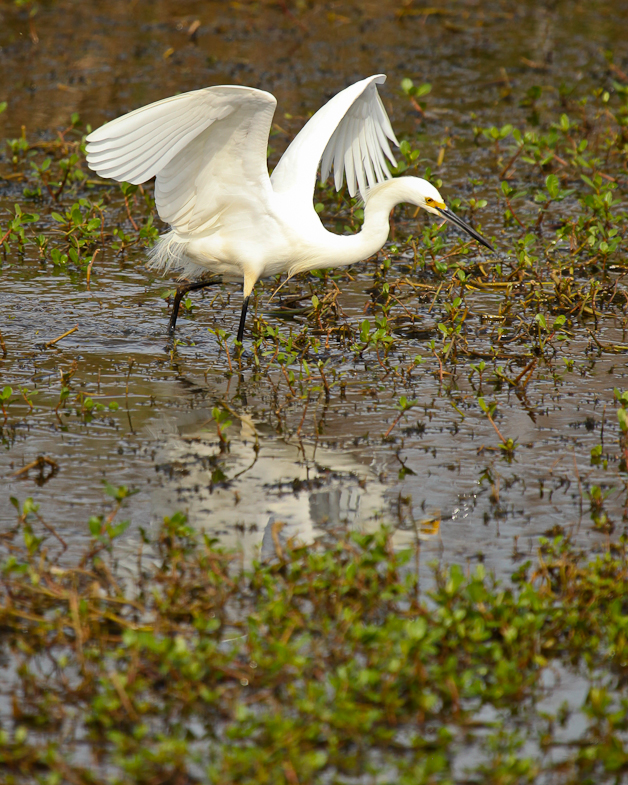 Quite the display; I felt privileged to be included. 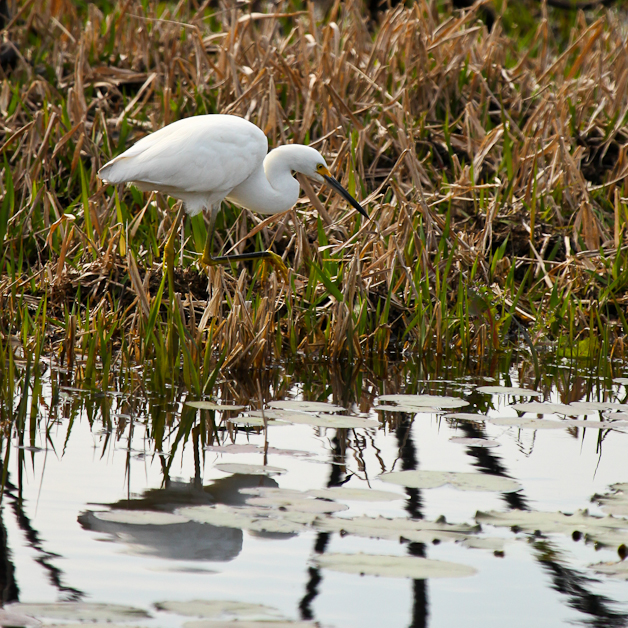 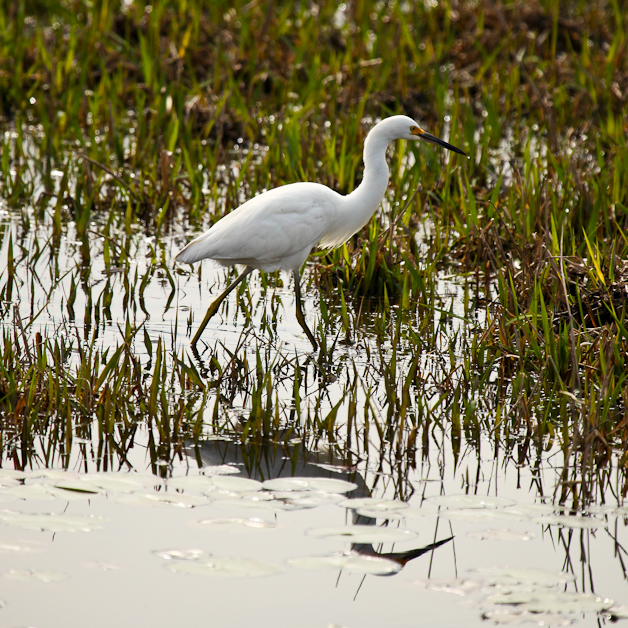