Spent some time in Beaufort SC today: a lovely small city that felt more like a small town. 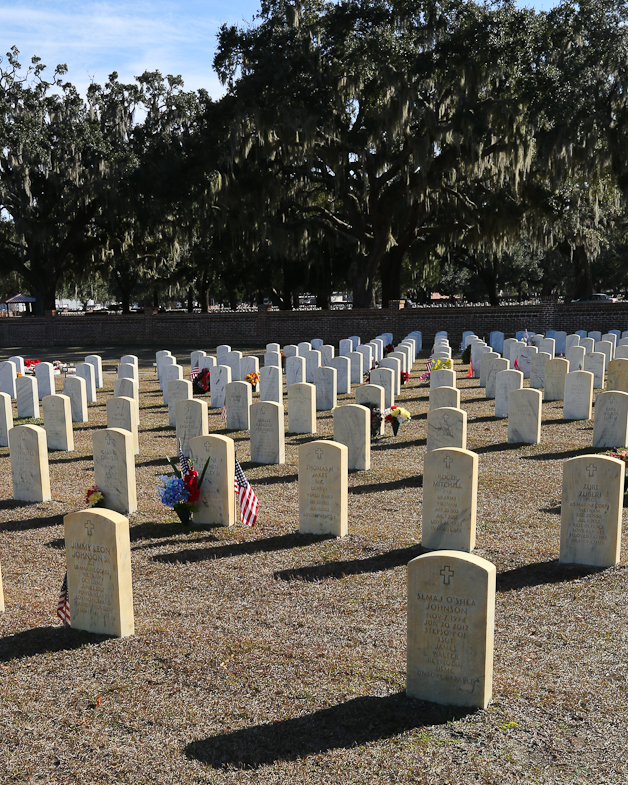 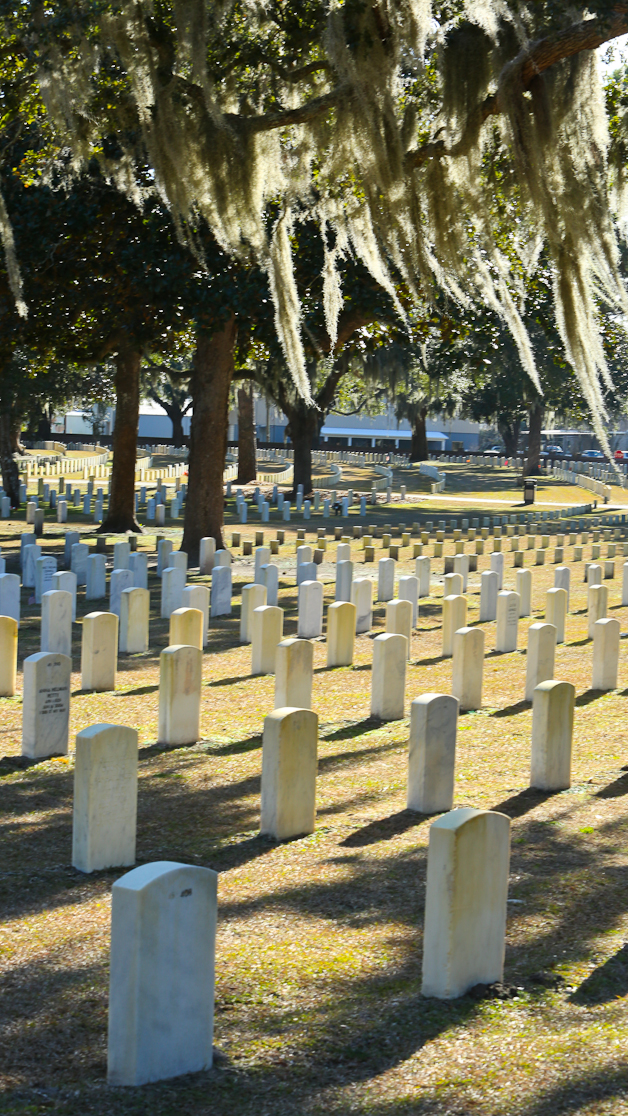 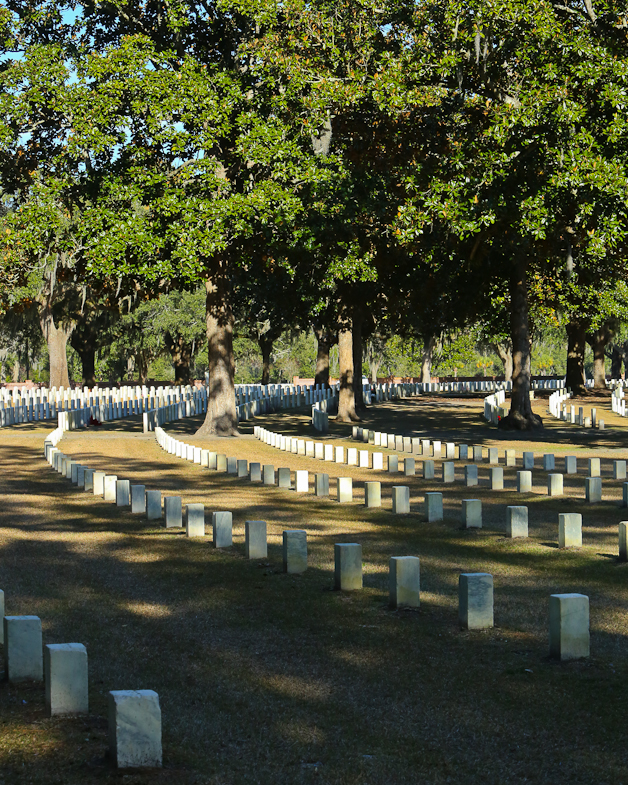 We ended up with lots of questions: grave stone differences, inscription meanings, history and so forth. We stopped at the small house at the entrance near the central flag pole that all of the graves and roads radiate from like the spokes of a wheel. A well appointed young man, obviously connected with the cemetery, asked if he could help. He answered our questions in depth and elaborated on the history of the Beaufort National Cemetery. He then invited us to attend the funeral and internment of ten indigent South Carolina veterans taking place that very afternoon. In the course of our chat we asked what his role was at the Beaufort National Cemetery. In a very humble and understated manner he said that he was the Director.

We attended that funeral service, along with hundreds of others: civilians, veterans and active service personnel. We were privileged and honored to witness the internment of the ten indigent SC veterans. My emotions and feelings can and do bubble up near the surface often yet I am not necessarily overtly patriotic. Be that as it may this experience stirred both my love of and pride in country and in my fellow Americans. 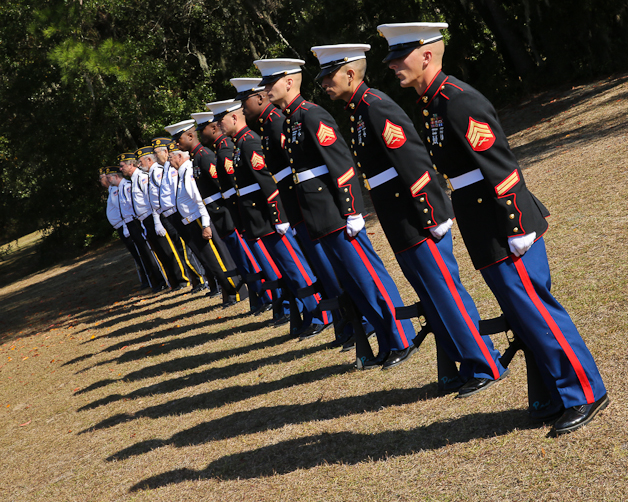 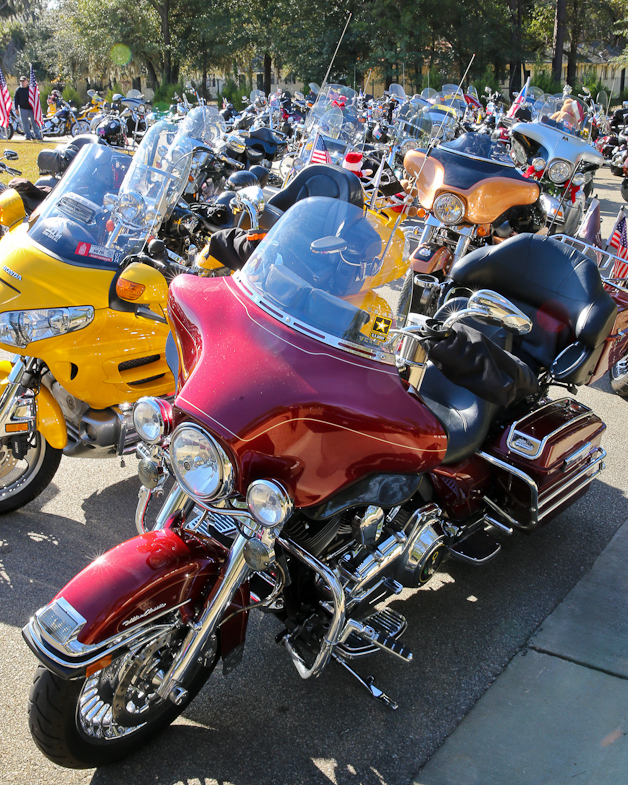 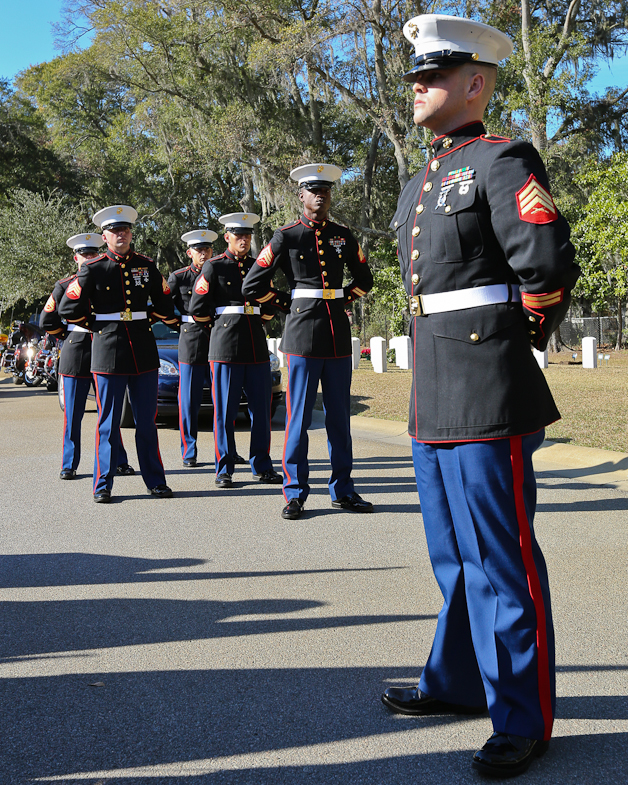 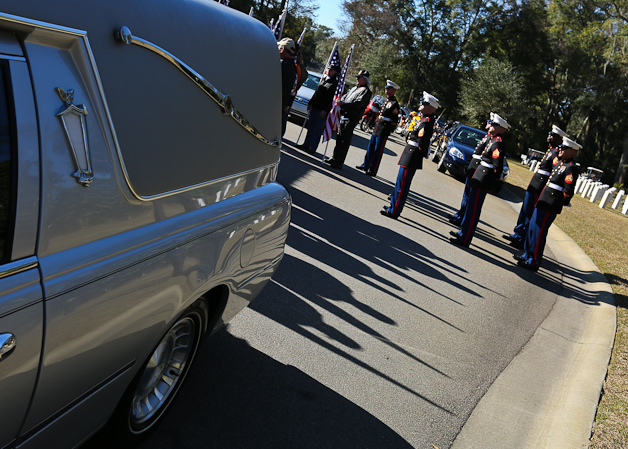 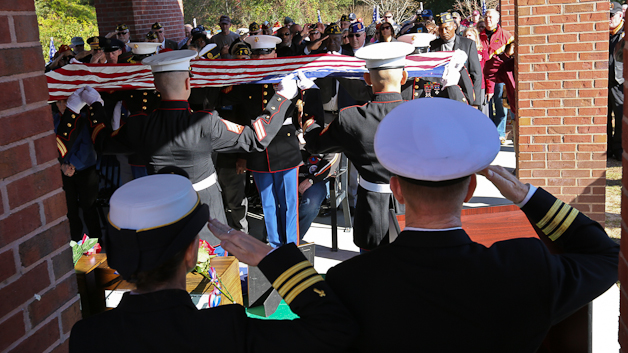 The Scottish Piper at the funeral shared a tid-bit of word-of-mouth history. Apparently the origins of the Beaufort National Cemetery reside late in the Civil War. The horrid conditions at the Andersonville POW camp due to overcrowding and a lack of  potable water prompted the moving of Union prisoners to the town of Millen, Georgia in an attempt to situate a POW camp there near potable water. Union POWs died at Millen and were buried on the site of the fledgling POW camp . Sherman’s March to the Sea brought him through Millen resulting in the burning of the town and it’s surroundings and the liberation of the POW camp. The Millen property owner, a Lawton by name, at a later date reclaimed his property and expected that the soldiers’ burial remains would be removed. The Beaufort National Cemetery came into being as their final place of rest.

Union and Confederate soldiers are buried here, soldiers from all our armed conflicts since the Civil War are interred here.

The square-ended grave makers are unknown unidentified soldiers’ graves. There are a vast number of unidentified Civil War era graves, both Confederate and Union alike. 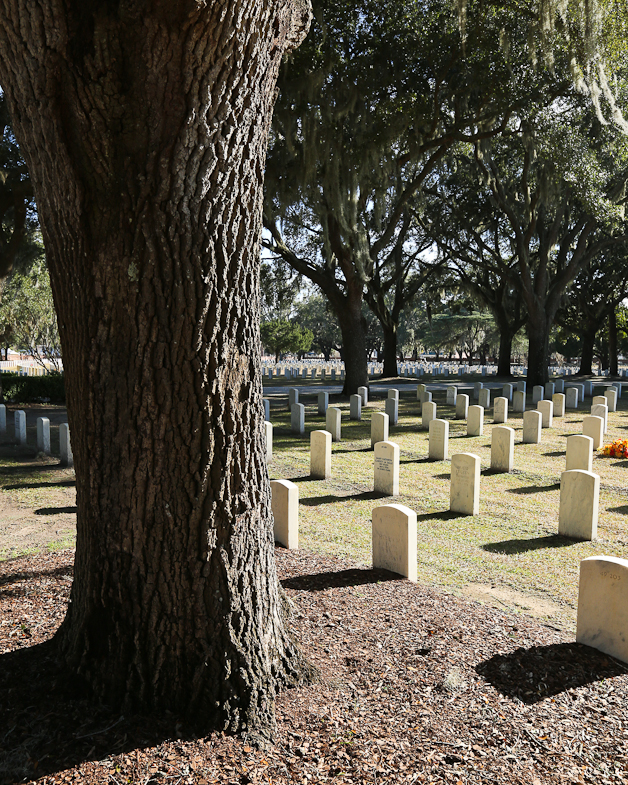 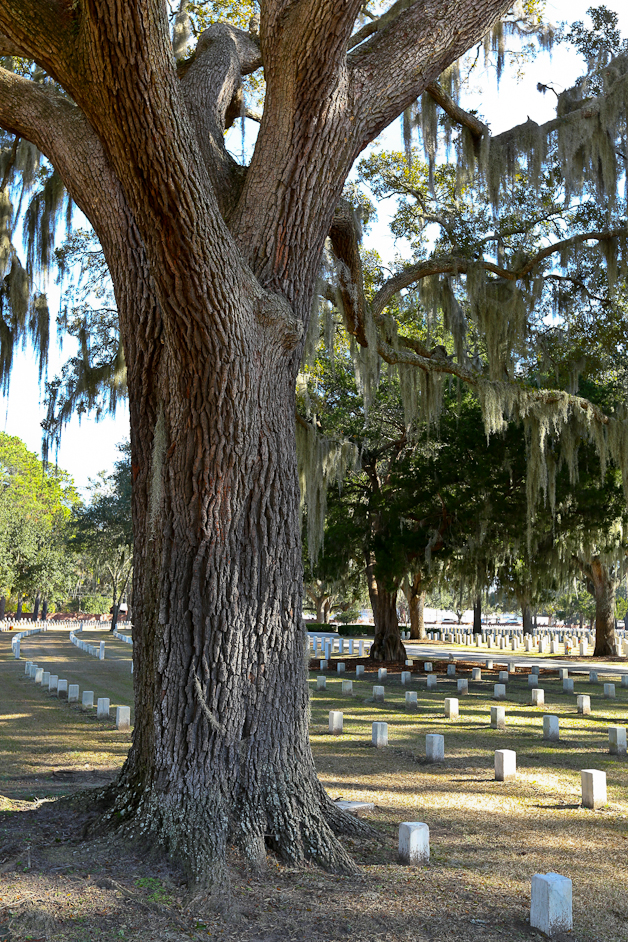