Royal Oaks’ one of the last remaining majestic old homes from pre-Katrina days along Coden Belt on the Gulf of Mexico in the western Alabama enclave of Coden. The entire first story with the exception of the supporting timbers was washed away during Katrina.  The second story and the old growth live oaks remained. The owner, being of some substance, was able and willing to restore the first floor and the home and grounds in general. My guess is all are thankful that it remains and was restored. 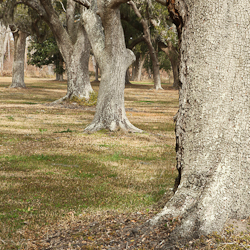 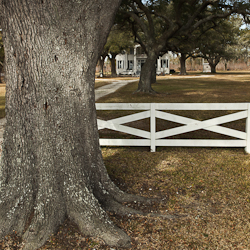 Much of the remainder of the populace of Coden was not near as lucky.  Through a twist and turn of time and politics, Coden remained an unincorporated coastal fishing village; a ward of Mobile County if you will; the illegitimate sibling of Bayou la Batre. The citizens of Coden were disenfranchised and unrepresented. In the aftermath of Katrina many residents of Coden lost or suffered damage to their homes and property. While the towns with political representation were able to successfully vie for the governmental relief and assistance dollars that were available, the residents of Coden had no one, no governmental structure or entity to represent them, whether in Mobile, Montgomery,or Washington, DC. The beautiful thing about Americans that are disenfranchised or taxed without representation, whether in the 1700’s or 2000’s, is eventually folks stand up on their hind legs and speak truth to power. Democracy, government can and does work for the people when people educate themselves to how it works and then make it work for them.

Apparently something along these lines happened in Coden.

A mixed group of local citizens took it upon themselves to become organized and educated. In the end after speaking truth to power at the county, state and federal levels, Coden now has a viable advocacy and representative entity in the form of the Coastal Response Center.  Local citizen, governmental and private sector dollars combined to renovate an existing warehouse structure (7385 HWY 188) to provide a facility and site within Coden in the event of future need.  Aide and assistance to folks in need of housing began to find its way to Coden as well. There is now a place that citizens of Coden can go to to meet, to organize, to represent themselves whether in a crisis or to deal with the more mundane day to day business of being citizens.

(Note the bank of batteries in the closet to the right. These store two days worth of power generated by the solar panels on the roof.)

This is good stuff. This is the stuff of which democracy should be made. Shun the bluster and buffoonery, get organized, educate yourselves and go out and accomplish constructive things. Congratulations to the Coastal Response Center and the citizen groups of Coden, Alabama.

Thank you to Stephanie Bosarge.

(If I have missed anything necessary or said something in error please feel free to correct me via e-mail or in the comments.)