Quiet and colorful neighborhood outside of the historic Presidio walls of Tucson, Arizona. 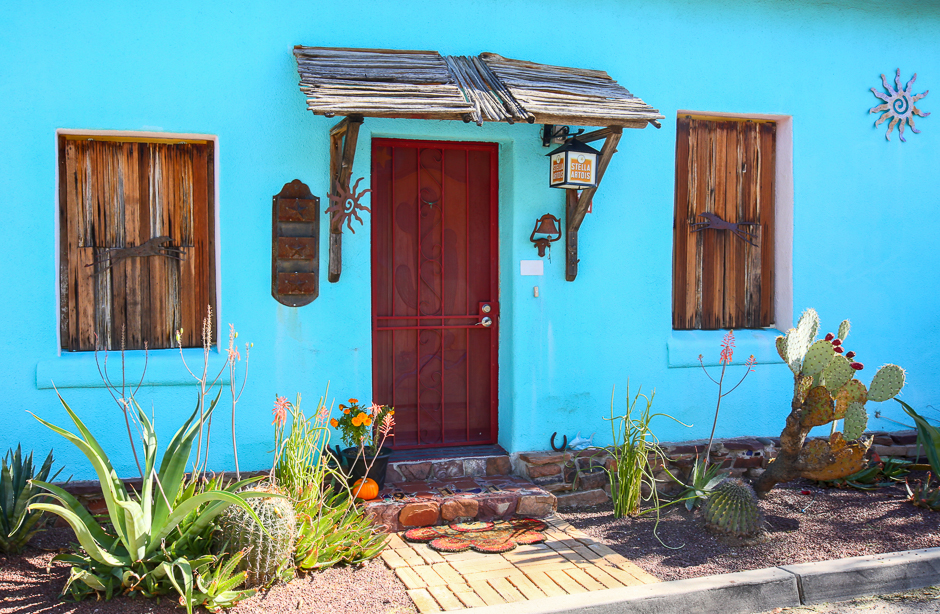 Based on some spot-on internet input we left the car at the neighborhood park at 19th and Meyer: a great place to start.

Mid-day light and its challenges.

The Monday after Christmas Sunday, a work holiday so everyone’s vehicle was parked out front and the trash receptacles were empty but out front as well. 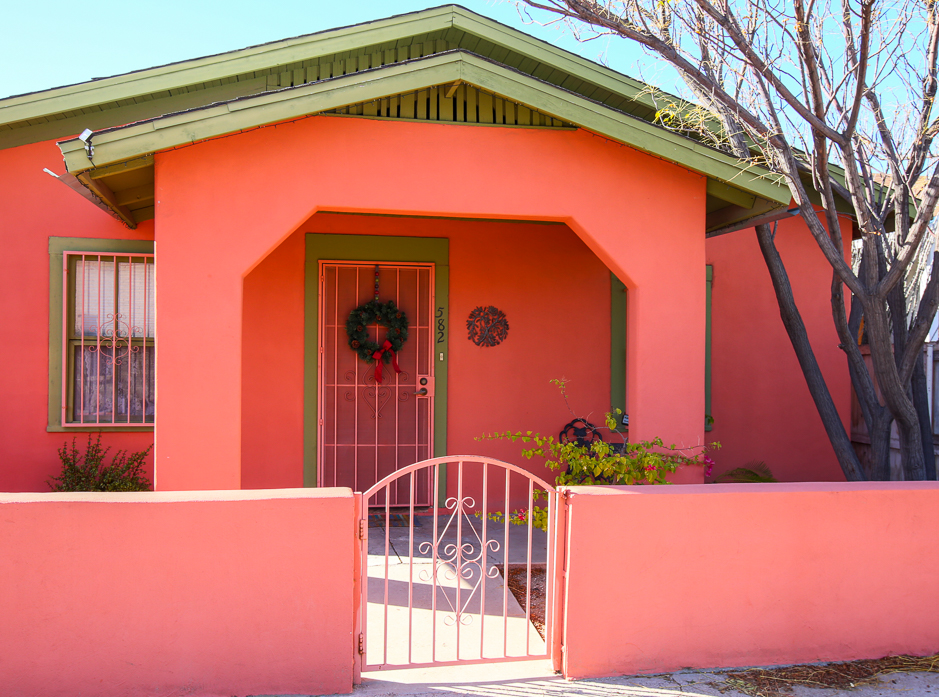 Folks out and about were very welcoming, friendly and engaging. Many different peoples, all one neighborhood. 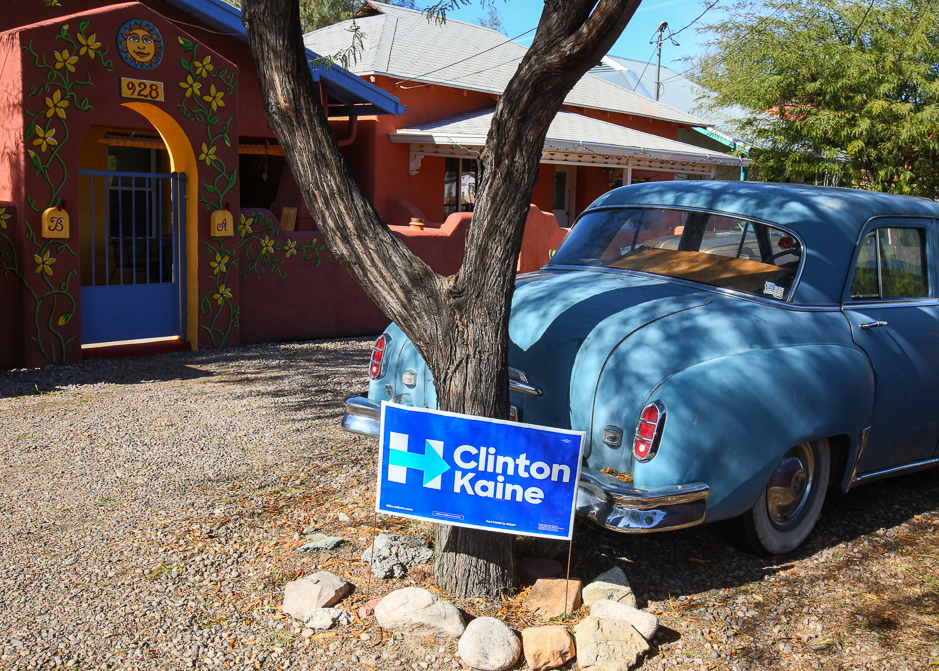 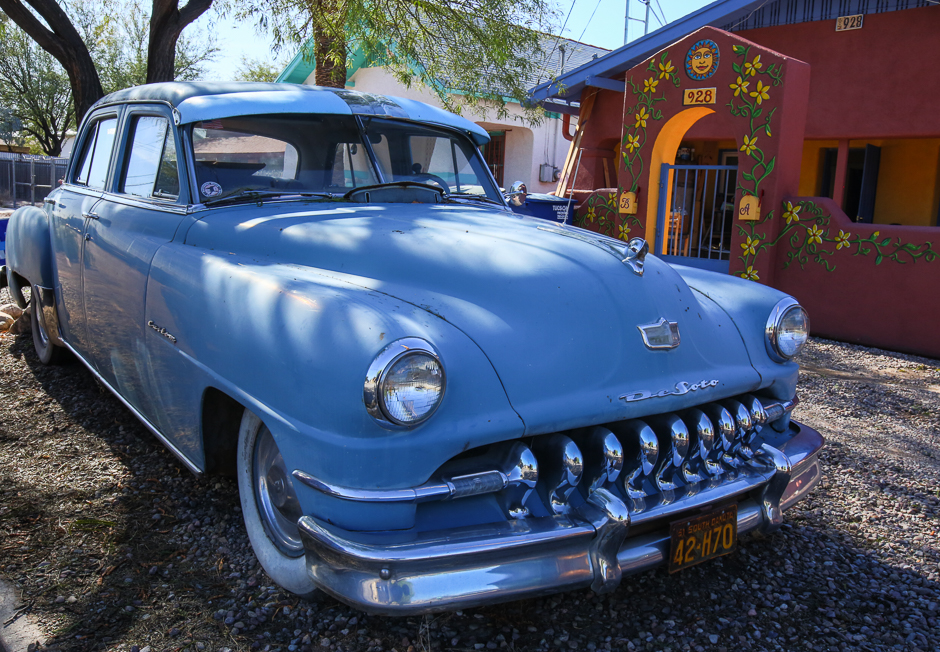 The We Stand With Rosa Sanctuary movement had a presence in the Barrio, from yard signs, and signs in windows to the organization’s humble building.

Tucson mother, Rosa Robles Loreto took sanctuary on 8/7/14 at Southside Presbyterian Church to keep her family together until her deportation is stopped.

Rosa has lived in Tucson for 16 years. In 2010, she was pulled over for a traffic stop, she was taken in by border patrol and sent to the Eloy detention center, before being placed on bond. In 2014, she was told she would be deported. Ever since, she has been fighting to stay in the U.S. with her family. (8/2015)

After living in sanctuary for 461 days, on Wednesday of this past week, Rosa Robles Loreto finally got to see what we have all seen for the past several months — a community blanketed in “We Stand With Rosa” signs. (11/2015) 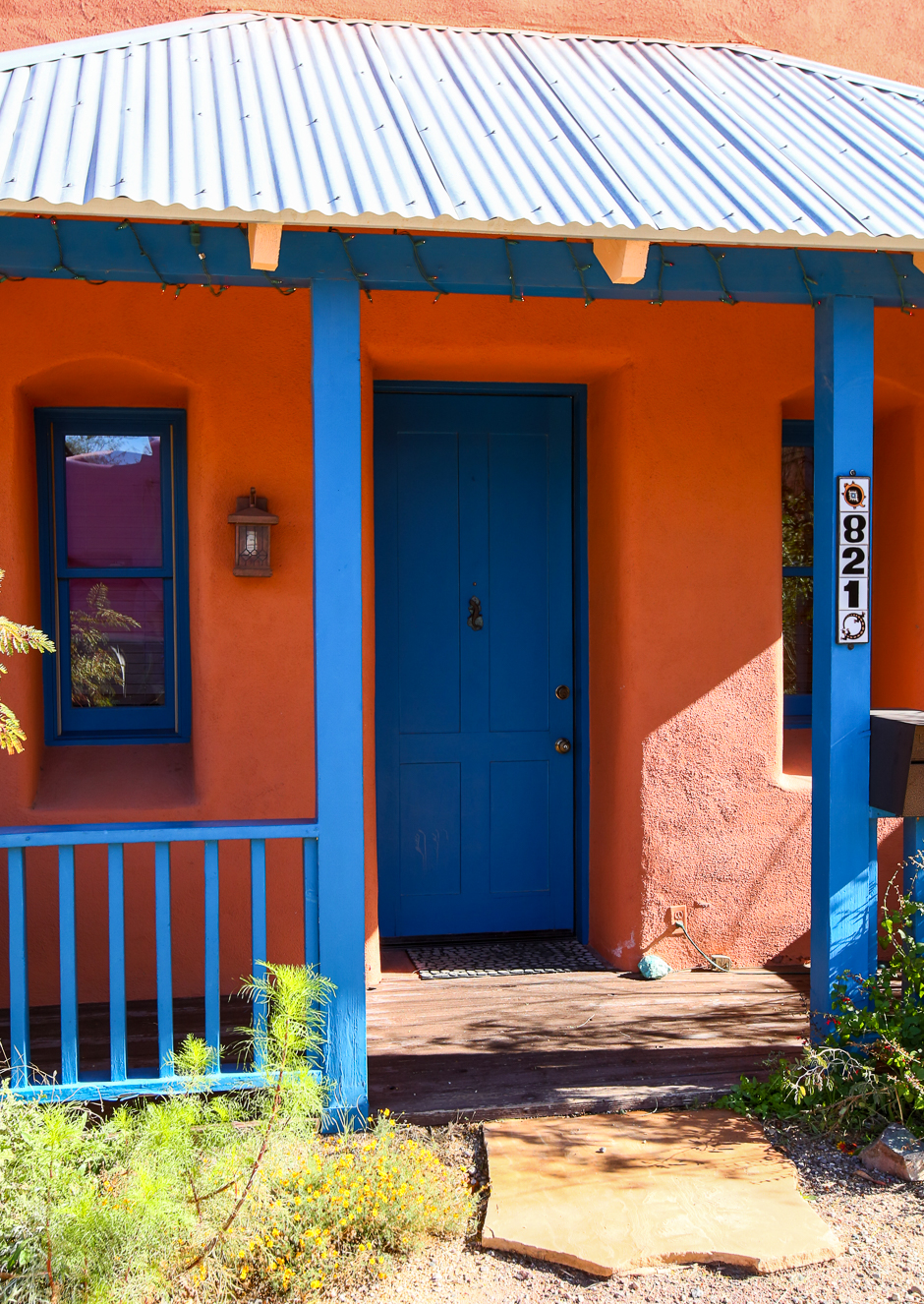 A front yard sign about the size of most political signs made the following statement in three languages, English, Spanish and an Arabic language:

No matter where you are from, we’re glad you’re our neighbor.

This sentiment was prevalent through out our walk in the Barrio. 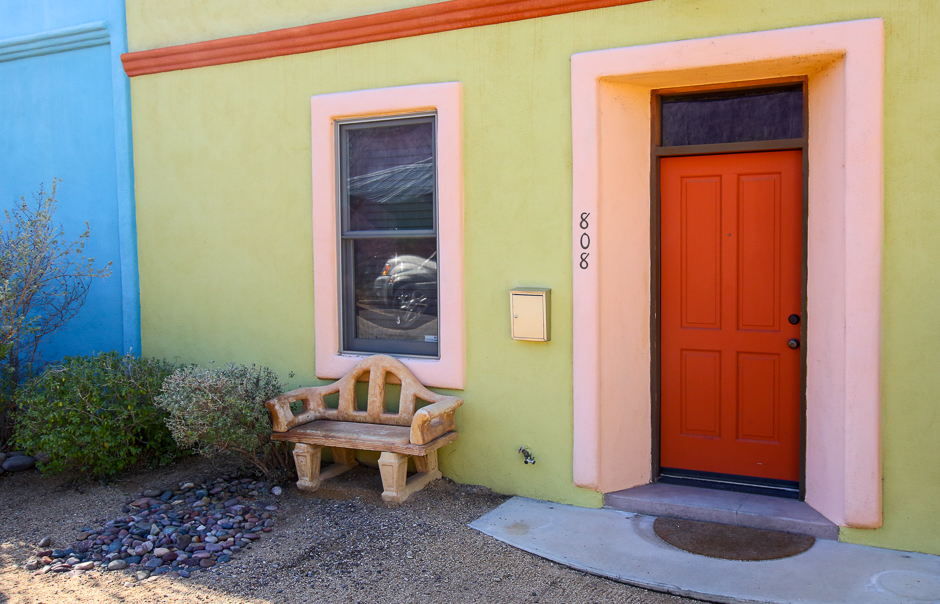