“Barrio Viejo, the old neighborhood, mainly consists of Tucson’s 19th century homes and commercial buildings. In the 1960’s & ’70’s, much of the old neighborhood was bulldozed to make way for urban redevelopment, including the Tucson Convention Center. Today, most Tucsonans would be happy to bulldoze the Convention Center if it would bring back the heritage that was lost.

In the 1880’s & ’90’s, this was home to a culturally diverse community of working class people from America, Europe, Africa and Asia. Many worked for the Southern Pacific Railroad. The arrival of the SP in 1880 changed Tucson from a hopelessly impoverished, dusty little Mexican village in the middle of nowhere to a growing Southwestern city of seemingly limitless opportunity.” 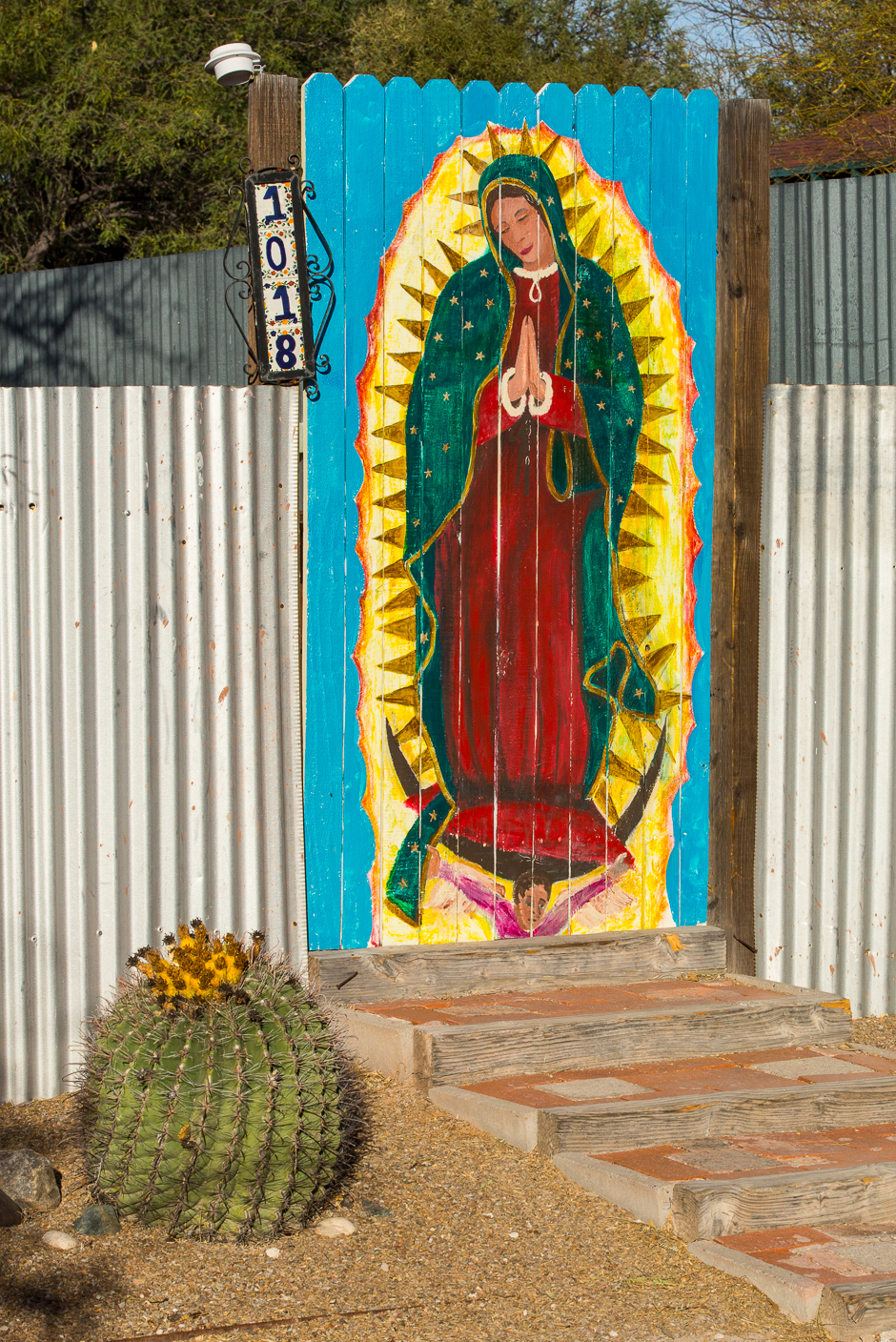 “Barrio Viejo is located just south of the Convention Center. If you go (and you should), take your camera. The images we share here are but a small representation of the old architectural styles that are now preserved by private individuals and families.” 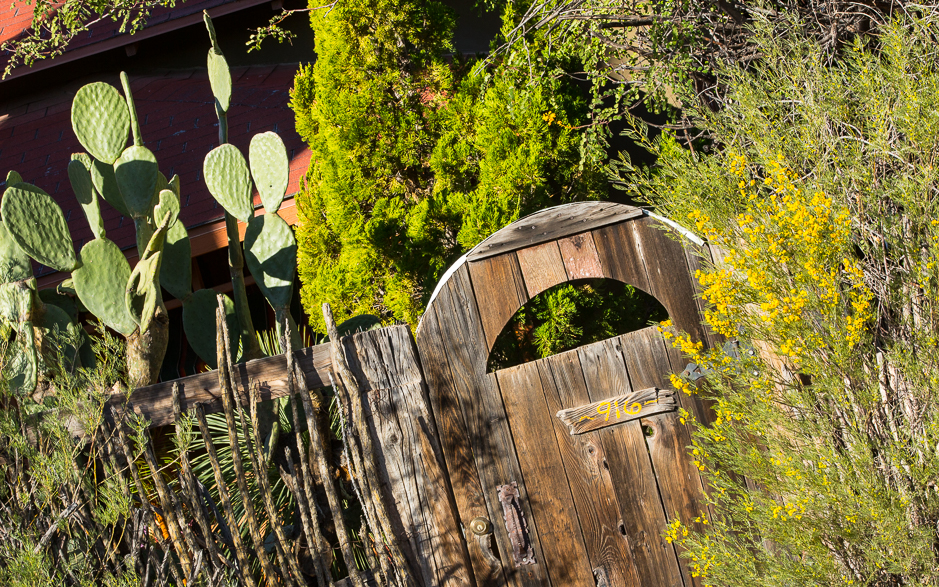 “Tucson’s second oldest historic district, Barrio Viejo is anchored in the 1870’s but lost its northern half to bulldozers during urban renewal in the late 1960s. It still has more territorial adobes than any other Tucson district. The architecture is predominantly Sonoran Traditional where zero setbacks are common, creating long, continuous streetscapes of houses, offices, and shops. South Convent Avenue has become the center of historic rehabilitation and infill, most of it residential.” 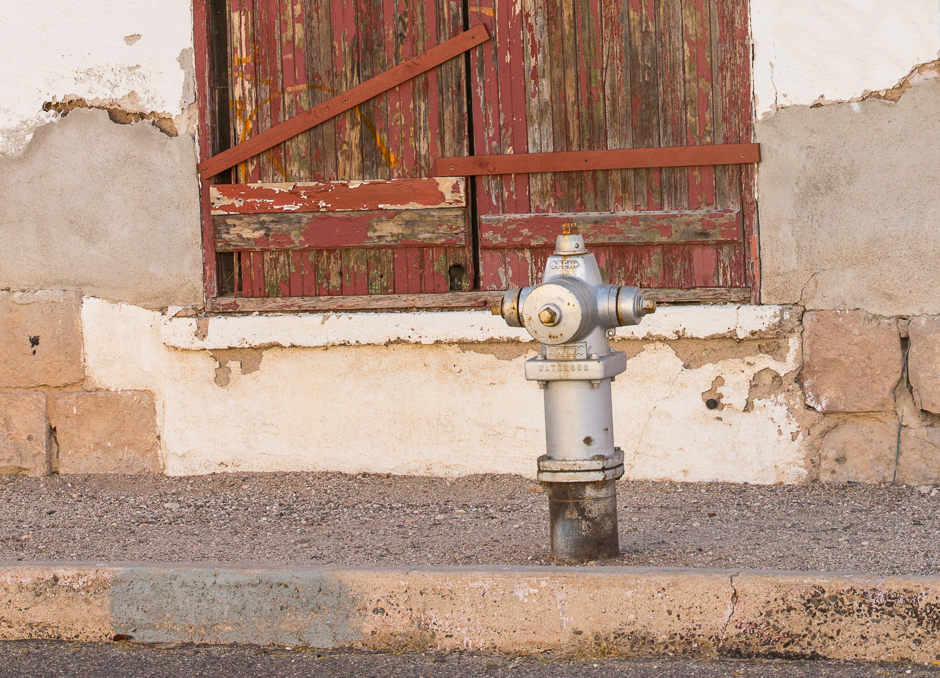 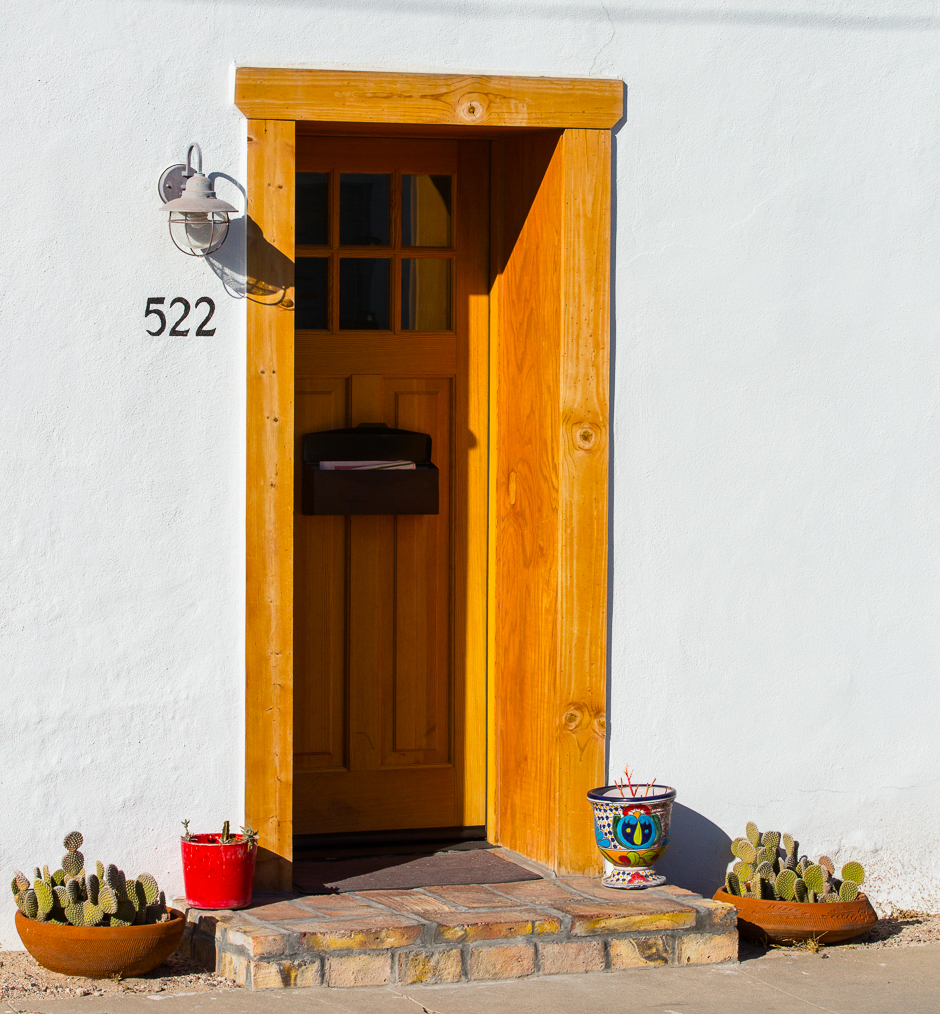 “Barrio Viejo means “old neighborhood” in Spanish. This area is an important part of our community’s rich history and it reflects many of the experiences of life here in Arizona. Also known as “Barrio Libre (Free)”, this neighborhood was home to a culturally diverse community of people from America, Europe, Africa and Asia. To the north, Tucson’s early business district was situated between Alameda, Broadway, Church and Main. From that location to where the Tucson Convention Center stands today, were several blocks of adobe buildings that many people called their home or business which were bulldozed for what some people called urban renewal and others called a tragic example of government and cultural prejudice. What one finds today in Barrio Viejo is virtually all that is left of Tucson’s 19thcentury commercial and residential structures. To our knowledge there is no larger collection of 19th century adobe buildings in the United States.

Historically South Main was the western edge of the Barrio and it served as home to many prominent early Tucson families. The 1881 Tucson City Directory noted that, “Main, Pennington, Congress and Meyer Streets, and Stone, Toole and Osborne Avenues are among the most spacious and promising thoroughfares…” The Carrillo House at 363 South Meyer dates from at least the 1850s and was originally home to Francisco Carrillo, one of Tucson’s early civic leaders. Across the street from the Carrillo House is the Teatro Carmen. Having opened in 1915, it was one of the first theaters in Tucson devoted exclusively to the presentation of dramatic works in Spanish. In its prime it provided entertainment for as many as 1400 people and has served as a cinema, meeting hall, boxing arena and ballroom.” 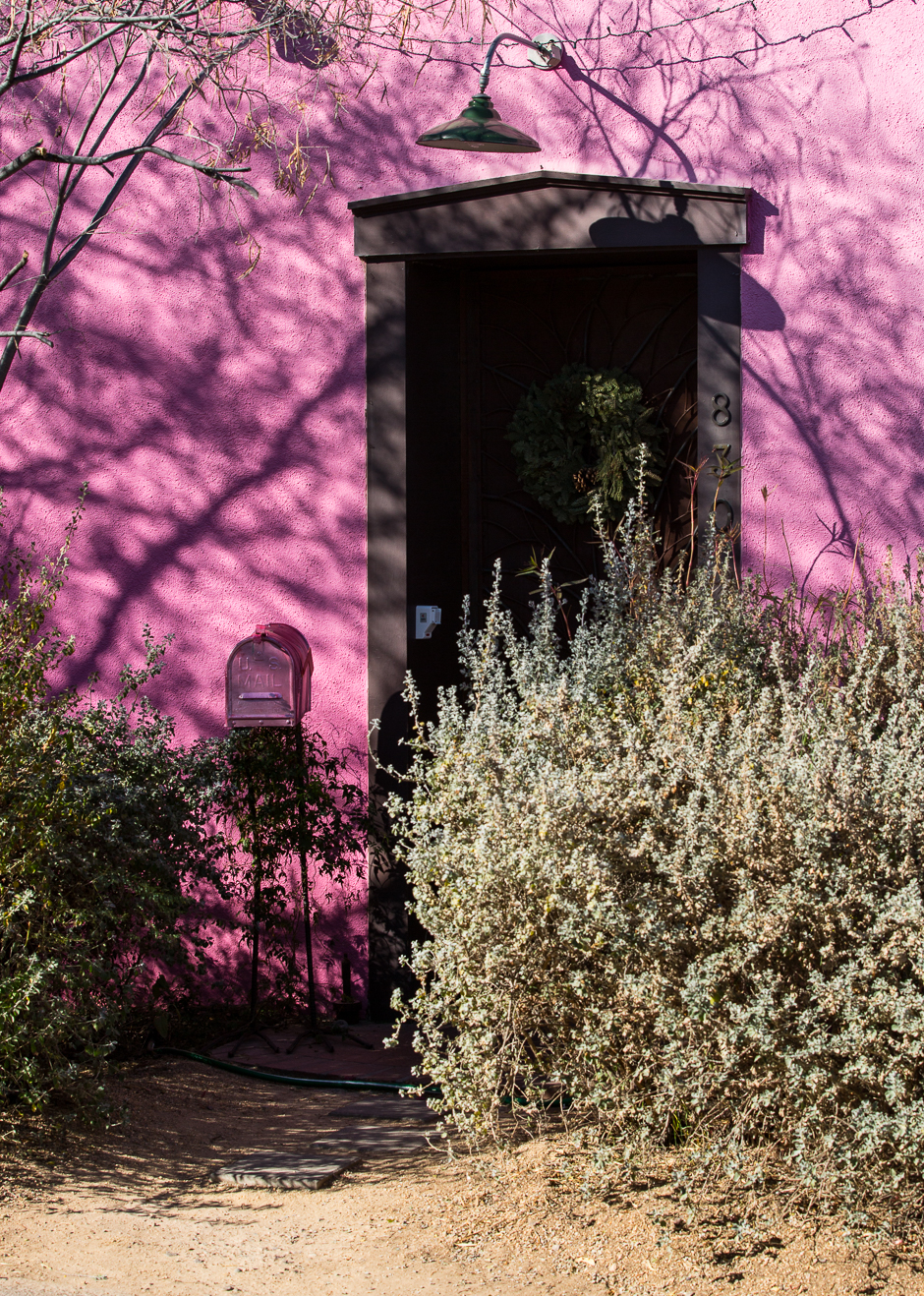 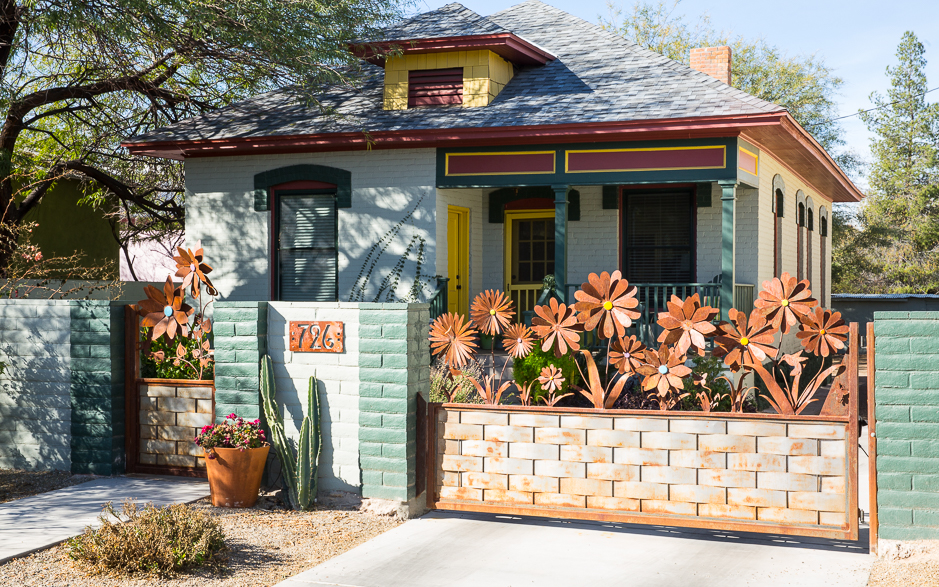 “Other accounts from the time paint a picture of the Barrio’s enduring visual character: “…it yet retains many of the peculiar features of a Spanish-American town… looks a bit of old Mexico transplanted to the Northern Republic.” Some reports of earlier times recounted the colorful street life that came from living in the Free Zone – an area that prior to the 1880s was free of legal restraints (and often, the presence of policemen).

At Cushing Street and South Meyer Avenue, just north of the Carrillo House, is Cushing Street Bar and Restaurant- the first property renovated by our family business in 1971 and the territorial home of Clara Ferrin Bloom- one of Tucson’s early community leaders. In the 1860s a German immigrant, Joseph Ferrin, established his general store and lived there with his family. His wife, Therese, was described as The Angel of Tucson because of her healing herbs and holistic medicines. She is also credited with helping to establish Tucson’s first Temple, the Stone St. Temple. The Bloom family has contributed extensively to Tucson’s commercial life and for many decades Dave Bloom and Sons was regarded as one of Tucson’s finest men’s clothing stores.” 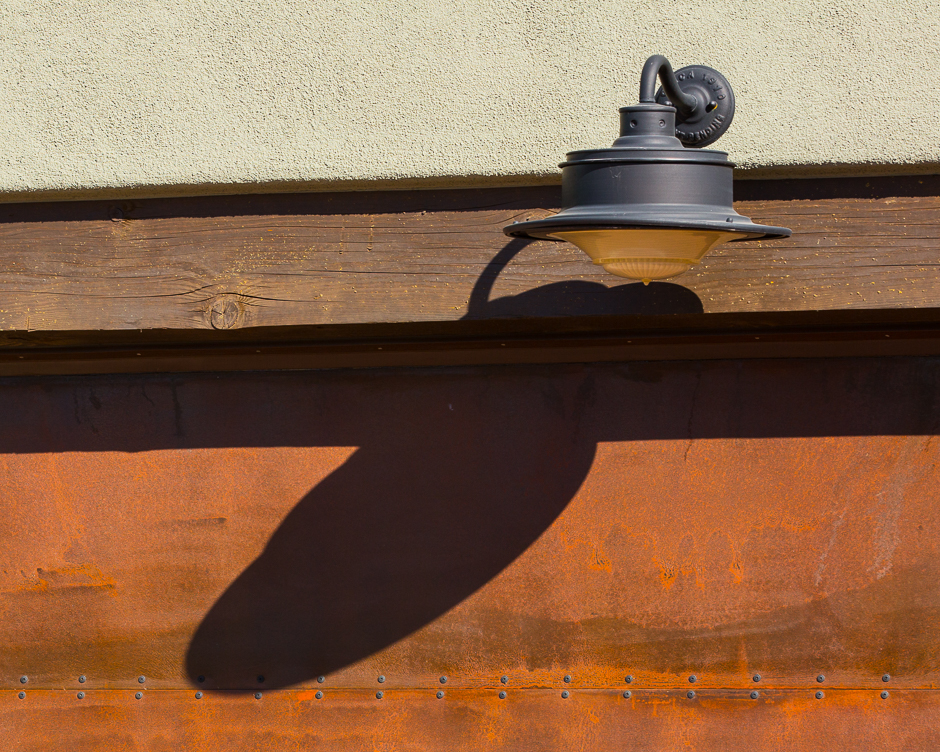 “Cushing Street is named after Howard Cushing, one of the famed Cushing brothers of Indian and Civil Wars fame. He was regarded as the most renowned “Indian-fighter” at the time; yet, Howard was killed by Apache warriors in the mountains near Sierra Vista in pursuit of Cochise in 1870. A marker commemorating the site of his death can be found near Sonoita. His brother, Alonzo was killed at Gettysburg during the Union’s defense of Cemetery Ridge during Pickett’s Charge. In May 2010, 147 years later, he was awarded the Medal of Honor- a recognition many felt far too long overdue.

While Tucson has grown significantly over the past century, the area now known as Barrio Viejo remains connected to its celebrated historic character. Landmarks such as Teatro Carmen on South Meyer and El Tiradito (the Wishing Shrine) on South Main Avenue represent a celebration of the neighborhood’s cultural history. Nearby St. Augustine’s Cathedral and Carrillo Elementary School remain as testaments to the strength of the Mexican-American families that call this neighborhood home. Jerry Lee Ho’s market, a popular grocery store for many decades on the northwest corner of South Meyer and 17th Street, recently went through an extensive renovation/preservation effort for the Tucson offices of the global geotechnical and environmental engineering firm of Haley and Aldrich.” 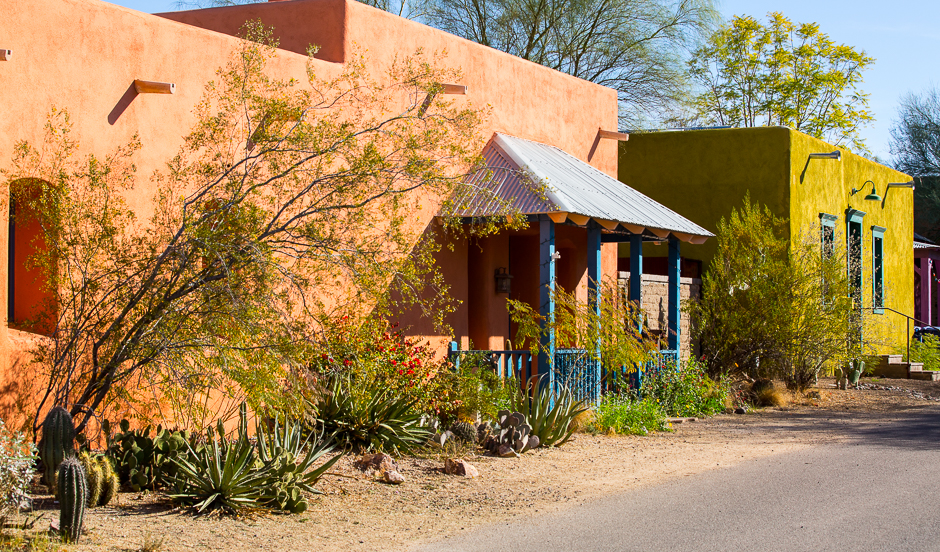 “Barrio Viejo was not Tucson’s most prominent or elite neighborhood like Snob Hollow. Its colorful architecture and vibrant commercial activity always defined it as a community with an abundance of character. Unfortunately, many buildings in the area fell into significant disrepair during the middle of the 20th century. The adobe construction common to this area and a wealth of detailed historic documentation allowed many of the neighborhood’s oldest structures to be restored, rebuilt and re-imagined for a new century.

In 1971, Kelley Rollings’s vision for revitalizing this historic area spearheaded what has become an inspired effort by people from all walks of life to make this one of Tucson’s most endearing districts. Many other entrepreneurs, homeowners and businessmen have committed to this area. Today the Barrio is a vibrant commercial and residential community in the heart of Tucson. One can find a wide range of business interests here. Barrio Viejo’s location, adjacent to the Tucson Convention Center and many important governmental resources, makes it a convenient and effective place to locate or expand a business. Many people reside in the area as well and there are schools nearby for families and their children.

Development is ongoing in Barrio Viejo and it is once again one of the most desirable places to work or live in Tucson. Working with integrity and perseverance is essential in historic preservation. Painstaking attention to architectural history while incorporating modern amenities makes our buildings distinctive as well as practical. There are few other places that can claim the history or character of Barrio Viejo!” 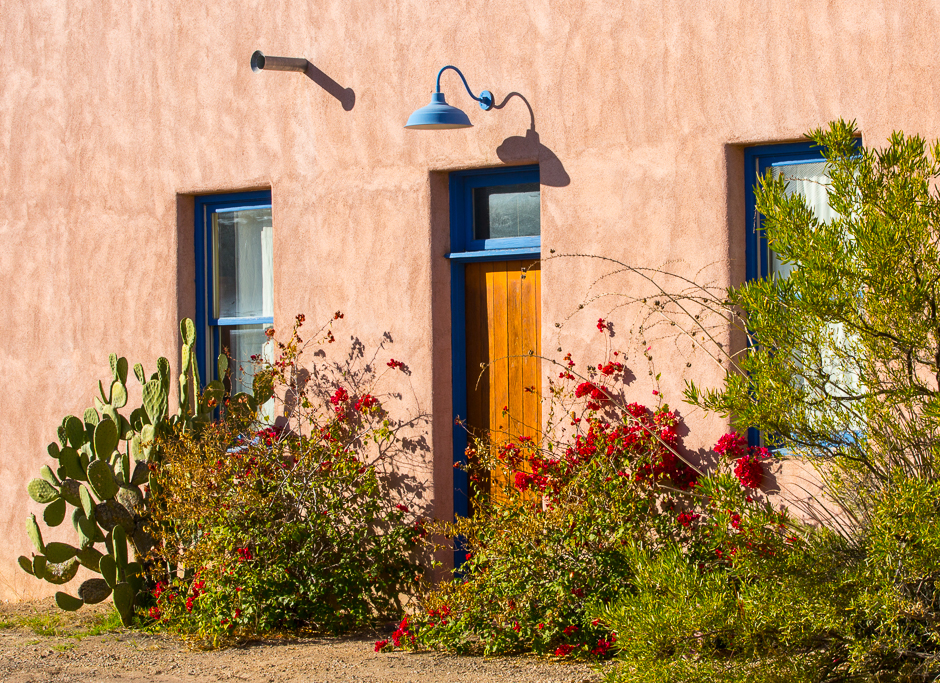 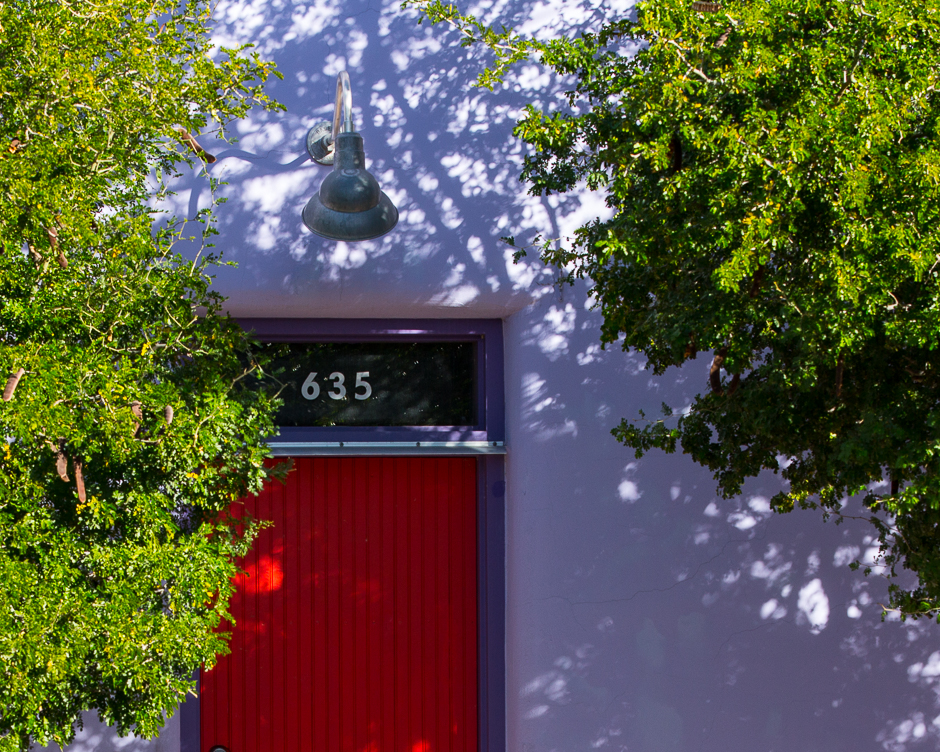