A good nights sleep, a shower and a slow moving morning helped us correct for the couple of time zone changes and brought us to Charlie’s Spic and Span Bakery and Cafe in Las Vegas, NM.

Tortillas baked in front of you and served fresh and warm if you chose tortilla instead of toast with your breakfast. Breakfasts are good!

Gloria was kind enough to allow me to photograph her doing her job. Gloria’s tortillas are of whole wheat and white flour. This surprised me, I assumed corn for some reason. Some how between being placed into the oven on a conveyor and being baked, it appeared that the dough was flattened out some. They are baked, then cooled down and either bagged or served. 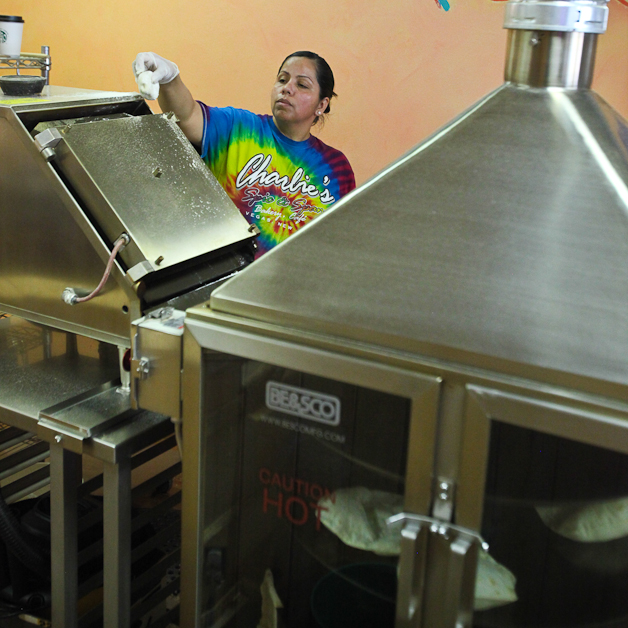 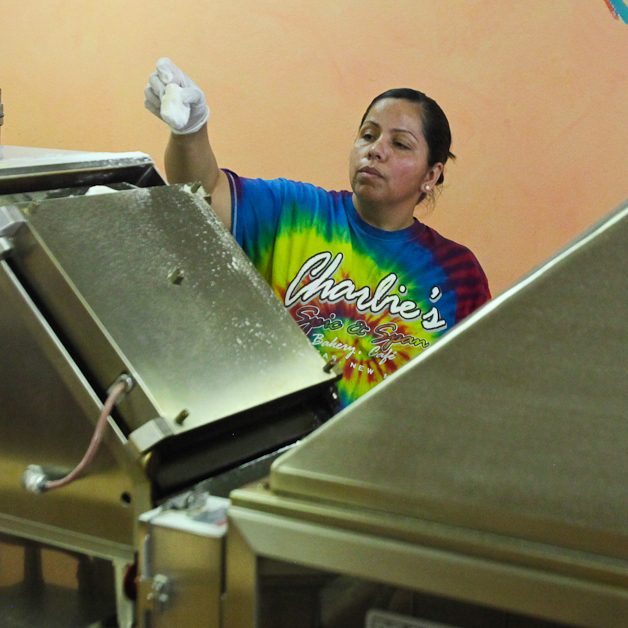 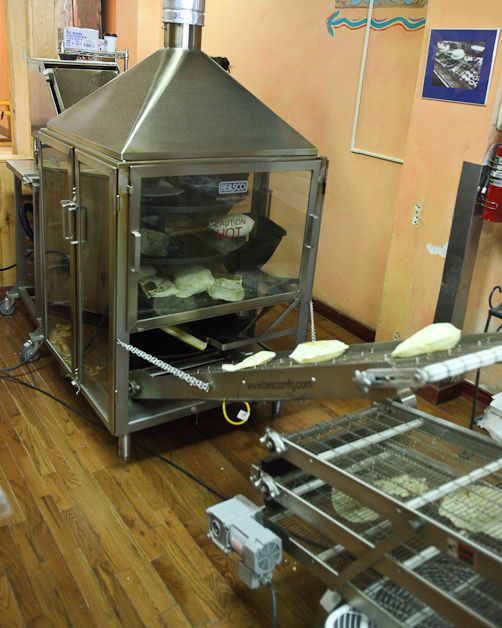 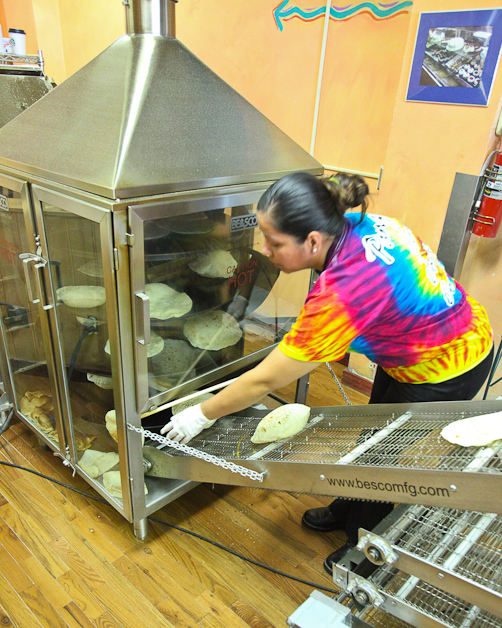 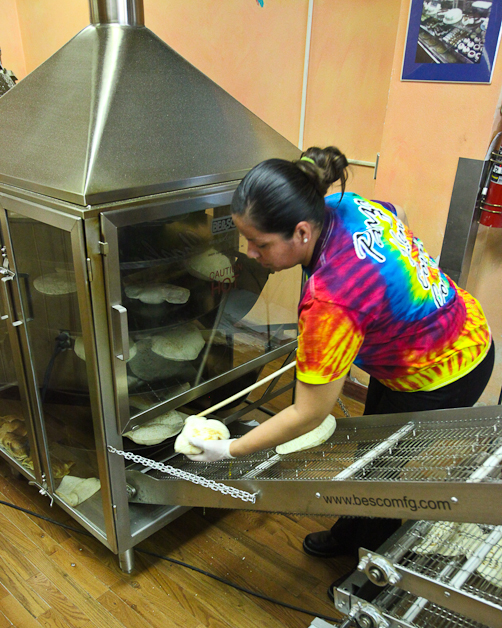 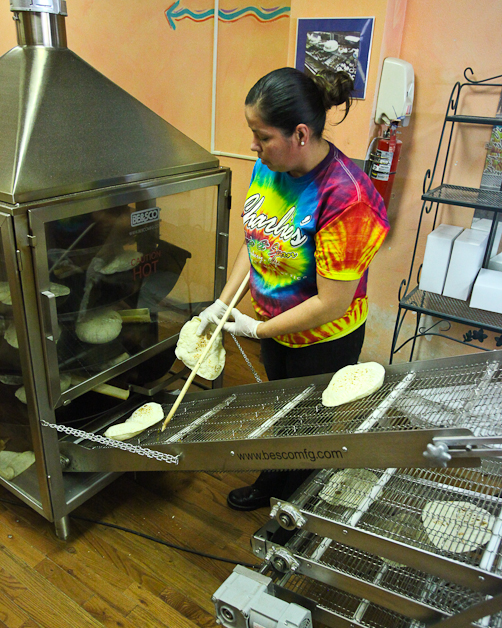 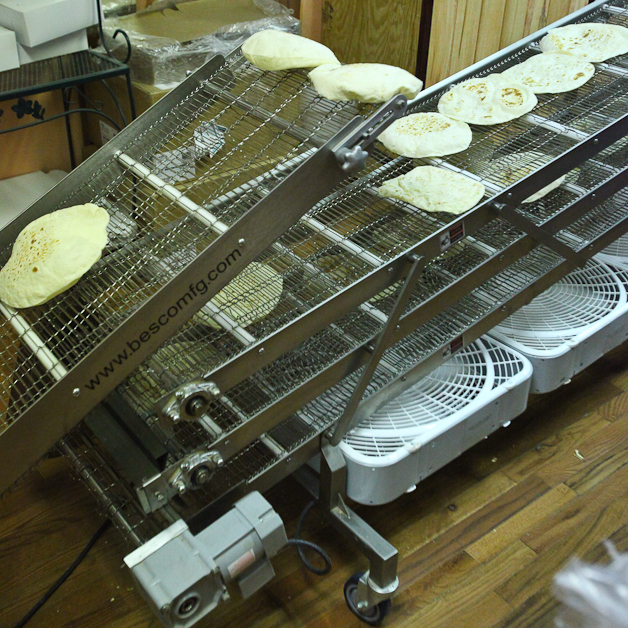 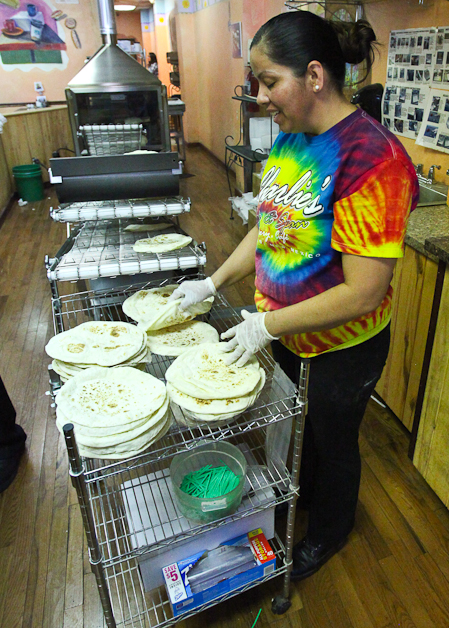 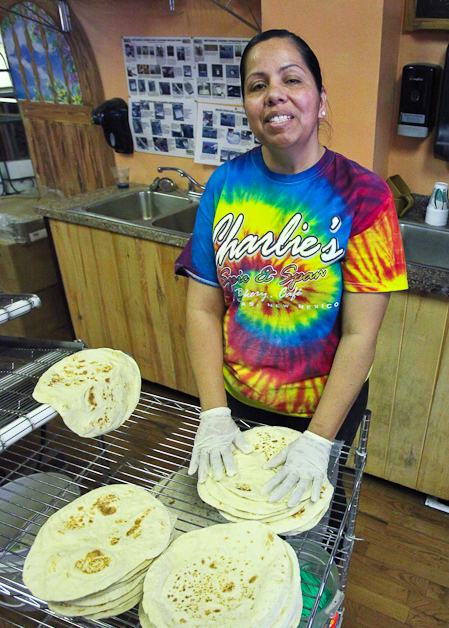 Gloria and I experienced a little bit of a problem with our linguistics, but we communicated just fine.

Thank you for sharing with me. The pride in what you do shows!

Further on in our day after arriving in Santa Fe and having a similar driving experience as in Las Vegas earlier it became apparent that NM cities are in the land of residential speed bumps. Speed bumps abound and are seriously sized and strategically placed. School crosswalks were seriously elevated as well. Santa Fe at first blush seems to be a sizeable little city.

A Santa Fe City park dedicated to skate boarding and BMX biking. What a grand idea! Do other cities and towns have similar?

I have not experienced that in New England other than on the sea coast around Portsmouth.

New Mexico, maybe more correctly the Southwest, is the first area or region on our journey this year, to present with mixed cultural & ethnic groups; all enjoying the different cultures yet presenting with pride as Americans!